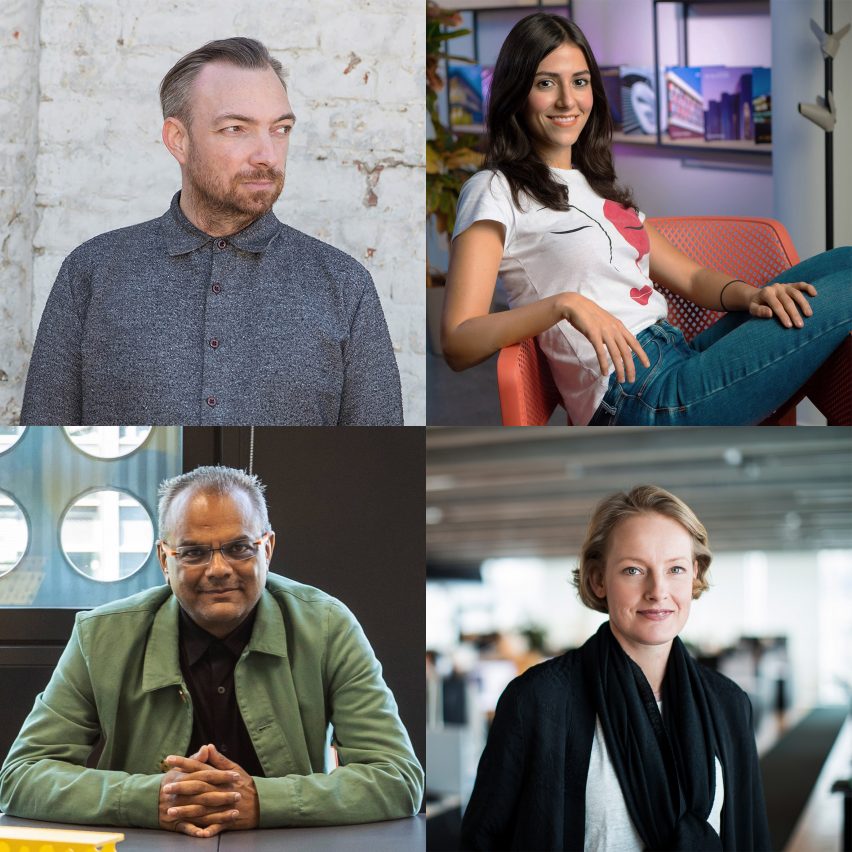 The competition, which launched at the end of July, calls for radical solutions to protect and prolong the habitability of planet Earth for hundreds of years to come.

Dezeen teamed up with Epic Games, creator of architectural visualisation tool Twinmotion, to launch the competition. Entrants must produce their concepts using the software, submitting a video animation and still image of their concept, along with up to 500 words of text about their proposal.

Dezeen hosted an online workshop on how to use Twinmotion to help participants with their entries.

The judging panel will assess the entries once the competition closes on 15 September. Judges will be looking for visionary concepts and are less concerned with technical mastery of the Twinmotion software. However, the quality of the execution of the idea will also be considered.

15 of the best proposals will be published on Dezeen in November during our Dezeen 15 online festival celebrating Dezeen’s 15th anniversary.

Hagen is CEO of Swedish architecture firm White Arkitekter. Since joining in 2001, Hagen has held several roles at the firm including international director and director of research and development.

In 2020, Hagen made the pledge that all of White Arkitekter’s future projects will be carbon neutral by 2030, which she announced at the Dezeen Awards 2020 launch event held in Stockholm.

In addition to being on the master jury of Dezeen Awards 2020 and WAF Awards 2021, Hagen is a board member of Sweden Green Building Council, Digital Twin Cities Centre and Malmö University.

Kara is co-founder and design director of structural and civil engineering firm AKT II in London. Kara is also a professor of architectural technology at Harvard University GSD, having previously taught at KTH Stockholm and the Architectural Association.

A member of the Aga Khan Award for Architecture Steering Committee, Kara has worked on numerous construction projects, for which his practice has won over 350 design awards including the RIBA Stirling Prize three times. His practice conducts pioneering research into the challenges faced by the built environment, including preservation and climate change.

Liam Young, who describes himself as a speculative architect, is the cofounder of urban futures think tank Tomorrow’s Thoughts Today. The organisation examines the local and global implications of new technologies and operates at the intersection of design, fiction and futures.

Young has created an animated short film called Planet City, in which he proposes the entire population of the earth could be housed in a giant sustainable metropolis to free up the rest of the earth for rewilding and the return of stolen lands. The film looks at how colonisation and globalisation could be reversed in a bid to tackle climate change as well as the exploitation of natural and human resources.

Ercan is a ​​product marketing manager for Twinmotion at Epic Games.

She has a master’s degree in architecture and digital design, with a focus on 3D visualisation, and has previously worked as a visualiser for HLM Architects and visualisation product manager at Graphisoft.

Fairs is founder and editor-in-chief of Dezeen. A 3D design graduate, Fairs began his journalism career writing for architecture title Building Design and later for Building, where he rose to deputy editor.

Fairs launched Dezeen at the end of November 2006 and the site has grown rapidly ever since, now attracting over three million unique visitors every month.

Want to enter the ultimate design competition? If so, then start working on your entry now! Find out more at dezeen.com/redesigntheworld.