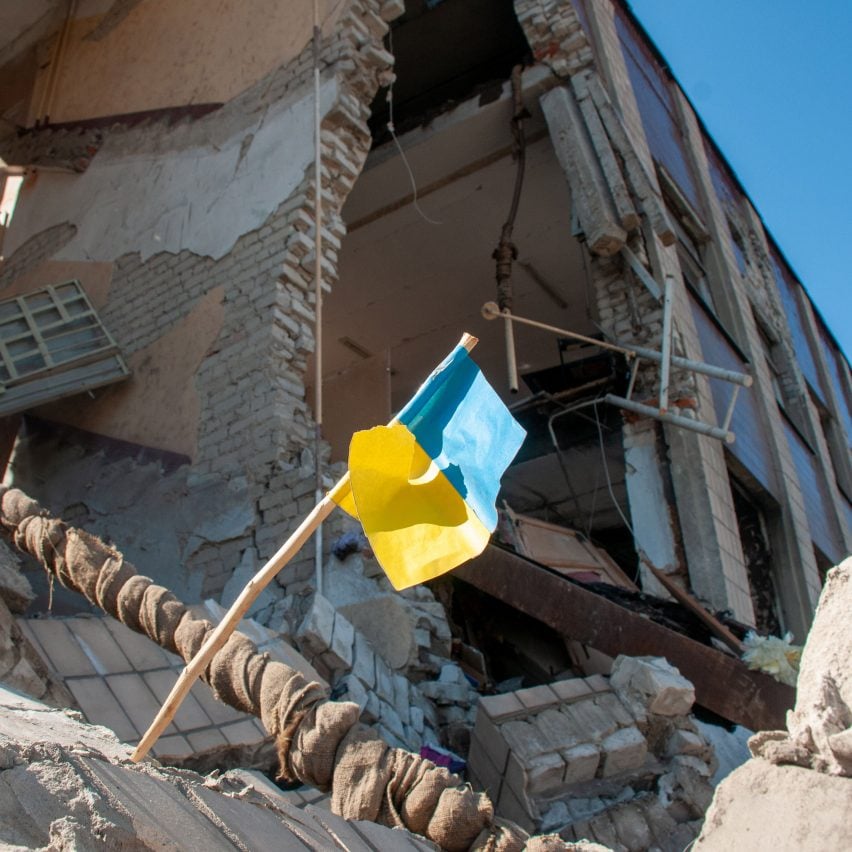 Individuals and organisations across Europe are pitching in to help Ukrainian architects and designers find work abroad as they flee the ongoing Russian invasion.

Institutions, studios and others continent-wide are launching initiatives to pair Ukrainian architects and architectural students with offers of work amid complex government refugee settlement schemes.

“We must not forget that people are actually dying”

“Ukraine is currently fighting this war for all of us – for our culture, democracy and our values,” Pēteris Bajārs, founder of Latvian studio OUTOFBOX, told Dezeen.

“To support our colleagues – architects and designers of Ukraine – share our office space or invite them for collaboration, it’s [the] absolute minimum that we can do. Even if it’s a temporary inconvenience for us, we must not forget that people are actually dying just a few hundred kilometres away.”

OUTOFBOX is among the practices offering work on a webpage listing job offers for Ukrainian architects, designers and other creative professionals created by architect-led Latvian publication Fold.

“We feel the support and it helps us to be strong”

Angelika Garusova, who runs Ukraine’s Art Space interior awards, told Dezeen she is working to set up her own platform where architects seeking remote work can showcase their portfolios and be offered jobs by overseas studios.

“We left Kyiv and stopped in western Ukraine. Although I had the opportunity to leave, I decided to stay because here I will be more useful,” Garusova told Dezeen.

“We are actively helping architects who stayed and those who left to find work in Europe. We have been greatly supported by the architects of Latvia and Lithuania. We feel the support and it helps us to be strong.”

Ukrainian architecture studio Balbek Bureau, which designed a proposal for a refugee village to house those displaced by the war, told Dezeen it has received direct offers of work and housing from studios in Poland, Latvia, Lithuania, Spain and France. 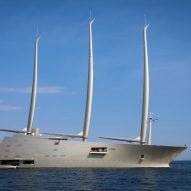 London-based studio Adam Khan Architects has set up an online form aimed at pairing Ukrainian architects with offers of in-person jobs and free accommodation among the UK architectural community.

Accommodation is important because the UK Government’s Homes for Ukraine scheme requires people fleeing the war to have an offer of housing from a named UK citizen in order to obtain a working visa.

Also in the UK, the Royal Institute of British Architects (RIBA) announced that it will use its jobs platform to match architects and architecture students forced to leave Ukraine with employment opportunities from this week.

It revives a similar scheme put in place by the institute during the 1930s when it established the RIBA Bureau to help architects fleeing Nazi Germany find accommodation and employment.

The Royal Incorporation of Architects in Scotland (RIAS) is working on its own initiative to connect architects fleeing Ukraine and in need of work with willing practices, with the first match already confirmed.

“If there are any UK-based practices who are interested they can contact us. I think this is going to be a long-term issue and the demand is only going to grow and grow,” RIAS chief executive Tamsie Thomson told Dezeen.

Most Ukrainian men aged between 18 to 60 are not allowed to leave the country as they are required to join the war effort, she added, meaning that remote work opportunities are also needed.

Despite widespread promises from politicians around the continent to help Ukrainians fleeing the conflict, there is evidence that refugees are experiencing difficulties once arriving in new countries.

“To get the right information is really hard”

Katerina Kovalenko, a Ukrainian designer who spoke to Dezeen shortly after Russian troops crossed the border and is now in Milan after an arduous journey from the city of Kryvyi Rih, described facing bureaucratic obstacles in the way of being able to work.

“The government of Italy is trying to make the process as long as possible with documents, and to get the right information is really hard,” she said in an email.

“Anyway, without official documents you can’t be hired. You need a tax code, a place of registration, and a permit to live in Italy, [for which] you need to wait I don’t know how long.”

Emina Holmgren, a Swedish employee of carmaker Volvo, posted on LinkedIn last week about a young Ukrainian architect and 3D designer named Dasha who had just started staying with her after fleeing her home with only a suitcase.

“Dasha is a very sweet and smart girl that would like to find a job here in Sweden and I am trying to help her,” Holmgren wrote.

Several commenters responded with offers of work for Dasha and she will now start work in the architectural visualisation team at Stockholm-based engineering firm AFRY on Monday.

The Architects’ Council of Europe has compiled a list of initiatives from institutions and practices around the continent to find work for Ukrainian architects impacted by the war.

The top image, showing the badly damaged historic City Hall of Kharkiv, is by Docomomo Ukraine.