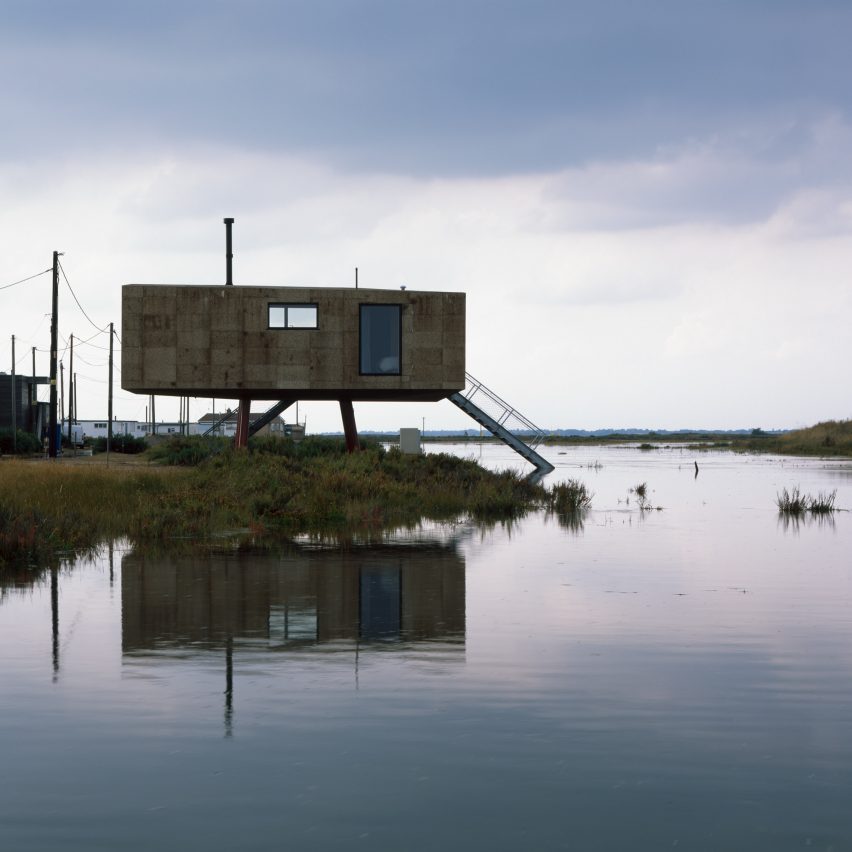 Cities are failing to prepare for climate change and should focus on resilient design solutions such as building houses on stilts or creating floating neighbourhoods, according to the latest report from the United Nations’ climate change panel.

Published this week, the Intergovernmental Panel on Climate Change (IPCC) report blamed cities for a “lack of climate sensitive planning” and proposed ways to redesign homes and urban areas to protect citizens from extreme weather and rising seas.

“Many cities and settlements have developed adaptation plans but few have been implemented so that urban adaptation gaps exist in all world regions,” the report said.

“Exposure to climate-driven impacts… in combination with rapid urbanisation and lack of climate sensitive planning, is affecting marginalised urban populations and key infrastructure.”

The report found that record heatwaves, floods, droughts and storms have already caused severe damage to the health of ecosystems and people across the world, as well as to buildings and crucial infrastructure.

Although these hazards are especially compounded in cities due to their rapidly growing populations and the urban heat island effect, not enough is being done to prepare them for this new reality, the report found.

However, the UN’s IPCC has also highlighted the built environment as a key area of opportunity in the fight against climate change if retrofitted, upgraded and redesigned to be greener, more equitable and renewably powered.

“Cities and settlements are crucial for delivering urgent climate action,” the report reads. “The concentration and interconnection of people, infrastructure and assets within and across cities and into rural areas creates both risks and solutions at global scale.”

Climate hazards will be “unavoidable”

Written by 270 researchers from 67 countries, the report marks the IPCC’s most comprehensive look to date at the impacts of climate change and follows on from last year’s report on its causes.

The latest report found that man-made global warming has created unexpectedly “widespread and severe” damages while displacing more than 13 million people across Asia and Africa in 2019 alone.

“One of the most striking conclusions in our report is that we’re seeing adverse impacts that are much more widespread and much more negative than expected,” Camille Parmesan, a researcher from the University of Texas who was involved in the report, told the New York Times.

These climate hazards will be “unavoidable” and become increasingly frequent and intense as we approach 1.5 degrees of warming – the crucial threshold around which countries are trying to stabilise global warming in targeting net-zero emissions by 2050.

Currently, the world is on track to warm by two to three degrees this century compared to pre-industrial levels, by which point the report says some regions and small islands could become completely uninhabitable.

“Accelerated action is required to adapt to climate change, at the same time as making rapid, deep cuts in greenhouse gas emissions,” the report concluded.

In the built environment, this means not just eliminating operational and embodied carbon but also making buildings more resilient.

Viable solutions listed in the report include elevating houses on stilts and creating “amphibious architecture” that can float on the surface of rising floodwater.

As global temperatures rise and heatwaves are exacerbated, homes will also need to be built or retrofitted with passive cooling technologies such as wind towers, solar shading and white or green roofs to cool interiors without relying on emissions-intensive air conditioning.

On a city level, the report says there needs to be a greater focus on combining grey infrastructure projects with “nature-based solutions”, which are currently “under-recognised and under-invested” despite being more affordable and flexible.

To become more flood resilient, for example, cities should invest in pervious pavements and underground tunnel systems to absorb stormwater, while also increasing the number of urban green spaces and regenerating mangroves and wetlands along coastlines so they can act as buffers against storm surges.

As sea levels continue to rise, the report says small island nations and low-lying coastal cities might find “the only feasible option” is to completely avoid building on high-risk shorelines or relocate their population inland.

“We are accelerating towards a near future we neither want nor can survive, with global cities on the frontline of cascading and compounding climate impacts, threatening the lives and livelihoods of many of the world’s most marginalised and most vulnerable,” commented Mark Watts, the executive director of international network C40 Cities.

“If global leaders sit on their hands and let our cities fail, we will all fail. There is no time to waste.”

The report is one of three being released as part of the IPCC’s first major assessment of climate change since 2014.

The third and final installment, which is set to be published this spring, will explore solutions for decarbonising the global economy and halting global warming.