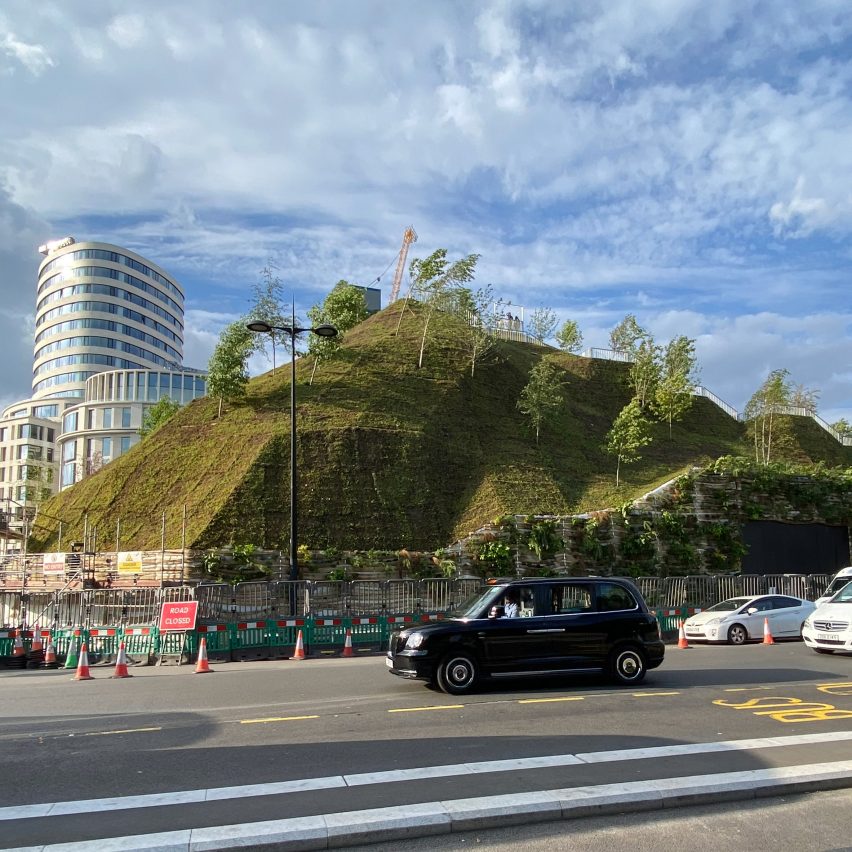 Westminster City Council’s deputy leader Melvyn Caplan has resigned with immediate effect after costs for the Marble Arch Mound by MVRDV spiralled from £3.3 million to £6 million.

“The Mound opened too early, and we have apologised for that,” Robathan said.

“It has become clear that costs have risen more than anticipated and that is totally unacceptable. Our original forecast cost was £3.3 million. Total costs are now £6 million, covering every aspect of the project: construction, operation and eventual removal.”

The project, which was led by Caplan, was originally projected to cost £2.5 million, with additional operating costs of £0.8 million.

While operating costs have remained at £0.8 million, the total design, build and removal costs for the structure have snowballed to £5.2 million.

The council has also launched an internal review to look into the problems that have beset the project, which drew criticism due to its unfinished appearance when it opened in July.

“With regret, I have accepted the resignation of my deputy leader, Melvyn Caplan, who led the Mound project,” Robathan said. “We have also instigated a thorough internal review to understand what went wrong and ensure it never happens again.”

The Marble Arch Mound, which is located by Marble Arch close to the central London shopping area of Oxford Street, was forced to close for visitors just days after opening to allow more time for the greenery to bed in.

The fake hill, which originally cost £4.50 to visit, will now be free to visit in August.

“We are working hard to deliver a new exhibition space and make sure the 130-step climb to the top is the best experience it can be, with a café for a drink and snack at the bottom,” Robathan said.

Marble Arch Mound was widely criticised after its opening. “While the CGI plans depicted a lush landscape of thick vegetation, dotted with mature trees, the reality is thin sedum matting clinging desperately to the sheer walls of the structure, punctuated by occasional spindly trees,” The Guardian architecture critic Oliver Wainwright wrote.

“The Marble Arch Mound shows signs of struggle,” wrote Observer critic Rowan Moore, who visited ahead of the opening.

MVRDV has previously defended the project, saying it opened before it was fully complete. “Some elements were not ready, and it would have been better to wait until the greenery looked better,” MVRDV told Dezeen. “But let’s give nature a chance.”

The design is part of a wider project to bring back visitors to the central London area, which was hit hard by the coronavirus pandemic.

Footfall in the area is still down 50 per cent on pre-pandemic levels in Westminster as a whole, and 54 per cent on Oxford Street itself, according to Westminster City Council.

Councillor Matthew Green will replace Caplan to take responsibility for the council’s investment in Oxford Street.

Photography is by Dezeen.