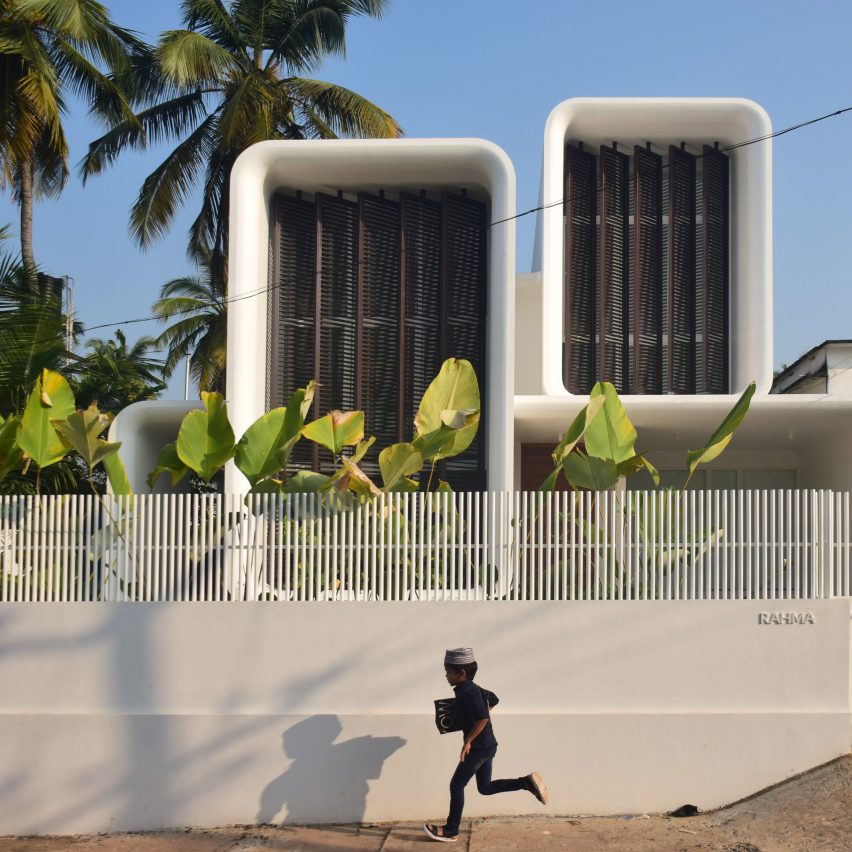 Architecture studio 3dor Concepts has completed a house in Kerala, India, where walls, windows and furniture all have curved edges.

Designed for a family of five, House of Ayoob is a two-storey house located in town of Taliparamba in the southern district of Kerala.

The 427-square-metre building is a deliberate departure from the architecture of its neighbours; 3dor Concepts wanted to give the building a distinct personality, but for it to still feel like it belongs in its location.

“The house is located in a neighbourhood where houses typically have flat slab facades; none of them stand out,” said architect Ahmad Thaneem. “We wanted the house to be unique, to pave the way for future houses in the neighbourhood to have more character.”

The starting point for the design was a shape that Thaneem calls a “stadium block”, a rectangle with round chamfered edges, which was inspired by the video game Tetris.

This shape was used to generate a series of blocks that forms the volume of the building, framing a mix of both indoor and outdoor spaces. It is most visible on the facade, which combines one horizontal block with two vertical.

These curves are repeated in various details throughout the building, starting with the paving slabs at the front entrance.

Inside, some of the rooms have curved edges. The same form is replicated in the form of a folded steel staircase, as well as in bespoke furniture pieces that include a dining table, a sideboard and a bed.

The house is built from blocks of laterite – a soft rock that is indigenous to India – although concrete was added to create the curved edges.

Tall shutters offer shade to the facade and also add a decorative detail.

The interior is planned around a large family room with different zones, including a dining area, kitchen, various lounge spaces and a veranda.

This room integrates three double-height spaces – two lightwells and a generous stairwell – which gives a more dynamic feel to the interior. 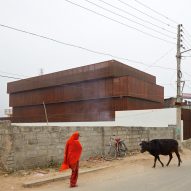 Ten strange and beautiful houses from all across India

There are four bedrooms, two on each floor. There’s also a home office tucked away in the building’s rear corner.

“It was challenging to come up with a structure that is out of the box yet settles well with the site,” said Thaneem, but he hopes they have achieved it here. “The house radiates calmness,” he added.

Other recent residential designs in India include a house with twisted brick walls and a home in Bangalore with open-air living spaces.

The photography is by Prasath Mohan/Running Studios.

The post Curves feature throughout House of Ayoob by 3dor Concepts appeared first on Dezeen.