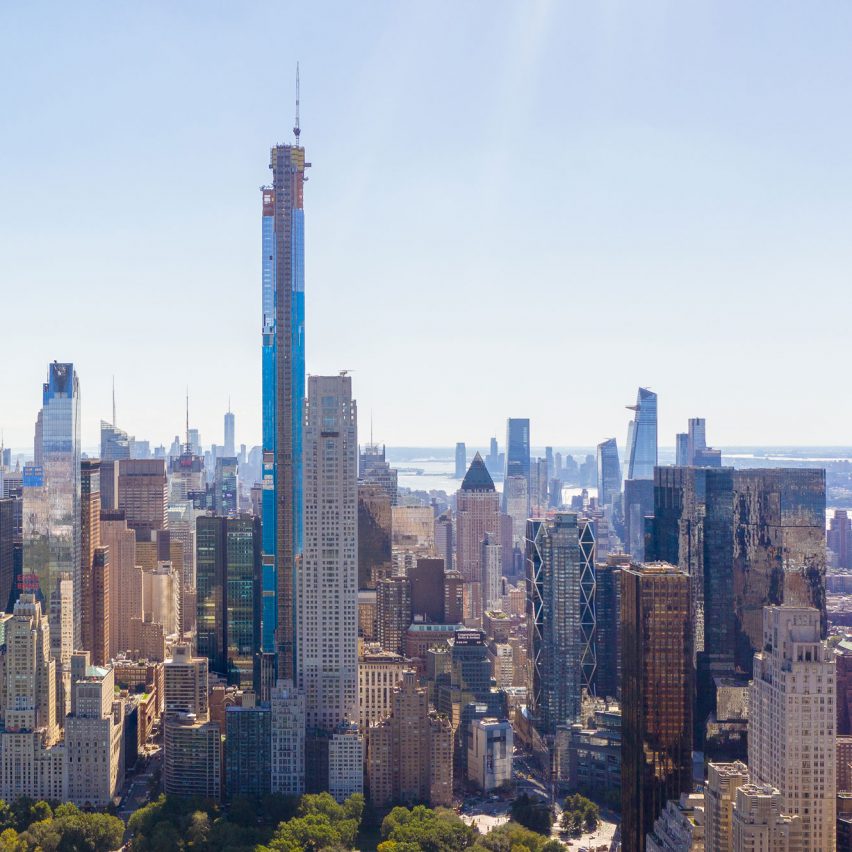 The total number of skyscrapers completed in 2020 fell by 20 per cent as the coronavirus pandemic affected construction, according to the Council on Tall Buildings and Urban Habitat‘s annual tall buildings report.

The Council on Tall Buildings and Urban Habitat (CTBUH) attributes the decrease to the impact the coronavirus pandemic had on construction sites.

“For many people, 2020 will be remembered as the year that nothing went to plan,” said the report. “The same can be said for the tall building industry.”

“As a global pandemic took hold in the first quarter, numerous projects around the world, at various stages, ground to a halt as restrictions on assembly came into force,” it continued. “It is therefore not surprising that 2020 yielded 106 completions of buildings 200 meters and taller, a 20 per cent decline from 133 in 2019.”

2020 was the first year since 2014 when a building over 500 metres was not completed, with the 472-metre-high Central Park Tower designed by Adrian Smith + Gordon Gill the tallest building finished in the year.

This was also the first year since 2014 that the tallest building completed was not in China, as Central Park Tower is in New York. The second tallest completed building, the 427-metre One Vanderbilt, which was designed by Kohn Pedersen Fox and is also in New York.

Although around half of the tall buildings were completed in China, the number decreased from 57 in 2019 to 56. In 2018 there were 92 buildings over 200 metres tall built in the country.

Following China, the most tall buildings were completed in the United Arab Emirates with 12, followed by 10 in the USA and five in the United Kingdom.

London saw four 200-metre-plus buildings complete, including the 278-metre-tall Twentytwo skyscraper – previously known as 22 Bishopgate, which is more than any previous year.

The report asks if this spate of tall building construction is a “boom before Brexit?”

“London completed four buildings over 200 meters despite shadows hanging over the city as the UK moves to finalise its exit from the European Union, which is expected to reduce office demand.”

“London had only completed five such buildings before in its entire history, and never more than one in a year.”

Numerous projects affected by the Covid-19

The CTBUH identified at least nine projects due for completion that were impacted by the pandemic, however, it believes that many more buildings were affected.

“It is reasonable to assume that far more projects were affected by the Covid-19 pandemic than the nine projects CTBUH was able to confirm,” the report reads.

“Yet this is also the second year in which a decline in the number of completions was recorded, so Covid-19 is not the only cause.”

Despite this downward trend in overall tall building completions, CTBUH is predicting that between 125 and 150 buildings over 200 metres will be completed in 2021.

However, it warns that following 2021 there may be a reduction in tall building completions as the economic impact of the coronavirus pandemic become apparent.

“As tall buildings are often lagging economic indicators, any chilling effect that economic conditions or work interruptions may have had on new project starts, or projects that were under construction in 2020 and were scheduled to be completed in 2021 or later, remains to be seen,” reads the report.

“It must be remembered, the economic crisis of 2008 was not reflected on skylines, in terms of lower completion rates, until 2010 and 2011.”

Despite a drop in the number of 200-metre-tall buildings completed in 2019, the CTBUH recorded a record number of supertall skyscrapers completing last year. San Francisco’s Salesforce Tower was named the world’s “best tall building” by the organisation in the same year.

Photography is courtesy of Noise.