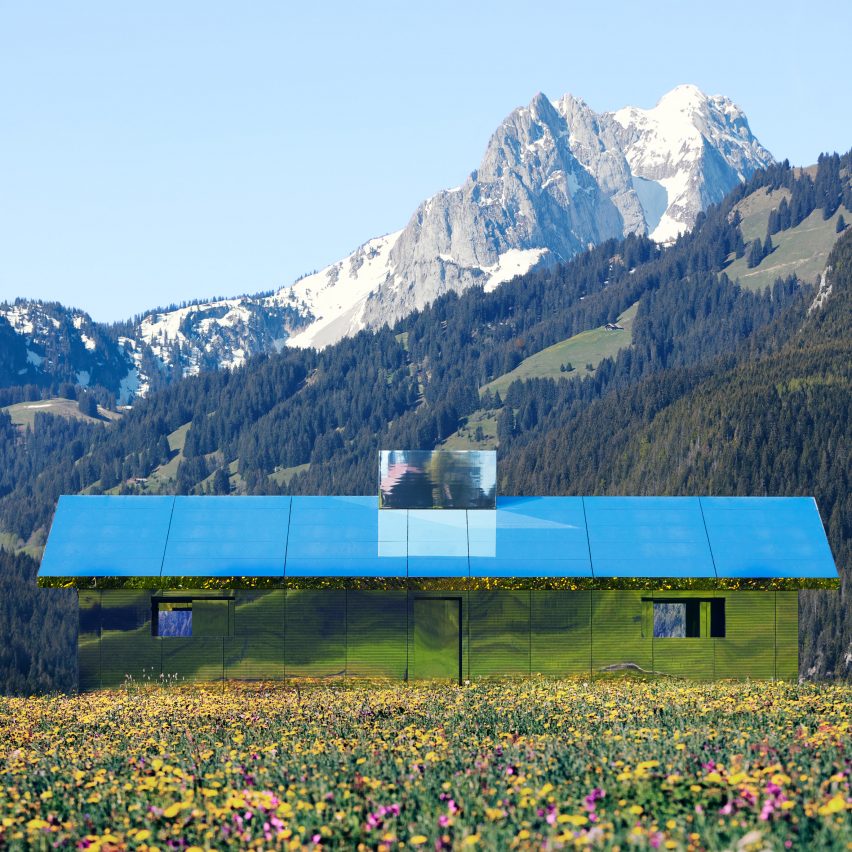 Collisions with windows cause billions of bird deaths each year. From patterned glass to netting, here are eight ways to make buildings more bird-friendly.

Reflective surfaces are “the main culprit” for mass bird deaths according to Melissa Breyer, a volunteer who has studied bird-window collisions in New York City.

Read: Glass facades are “the main culprit” for billions of annual bird deaths

“Birds do not understand the concept of glass,” added architect Dan Piselli, director of sustainability at US architecture studio FXCollaborative, who has worked on reducing bird strikes at several New York City buildings.

“They didn’t evolve to deal with glass. They simply cannot see it.”

Using fritted glass is one the simplest and most common ways to make buildings more bird-friendly. Printed with a ceramic frit or dot pattern, this type of glass is primarily used to reduce glare and help cut a building’s cooling costs, but it also makes glass more visible to birds.

According to the American Bird Conservancy, frits are most effective when etched to the outside of a glass surface. Examples of this can be seen at the Statue of Liberty Museum (above) or the renovated Jacob K Javits Convention Centre in New York by architecture firm FXCollaborative.

Opaque and translucent glass that is etched, stained or frosted can reduce and even eliminate collisions, according to the American Bird Conservancy. This is because they do not create the optical illusion of continued space.

An example of translucent frosted glass can be seen on the Lasvit headquarters by Ov-a Architekti (above). Glass blocks, such as those used on The Glass Fortress by Archismith, can also have the same effect as opaque and translucent glass as they do not create confusing reflections.

Applicable to inside and outside surfaces, window films are becoming an increasingly common way to ​​help birds see reflective surfaces on buildings. The films typically take the form of narrow, horizontal stripes that are barely visible to the human eye.

Artist Doug Aitken used window films on the facades of Mirage 1049 (above), a mirrored pavilion in Gstaad. Following guidance from the Swiss Bird Protection Society, the horizontal black lines were positioned three centimetres apart “to counter the distraction from the reflective surfaces”, Aitken said.

Exterior shades and screens are a simple way to make glass on buildings of any scale safer for birds. These can take the form of solar shading or decorative facades that wrap entire structures, such as the metal mesh-covered MoyaMoya house in Tokyo (above) or the gridded timber facade of House on an Island in Norway.

However, cost-effective alternatives such as mosquito and insect screens can be equally effective. 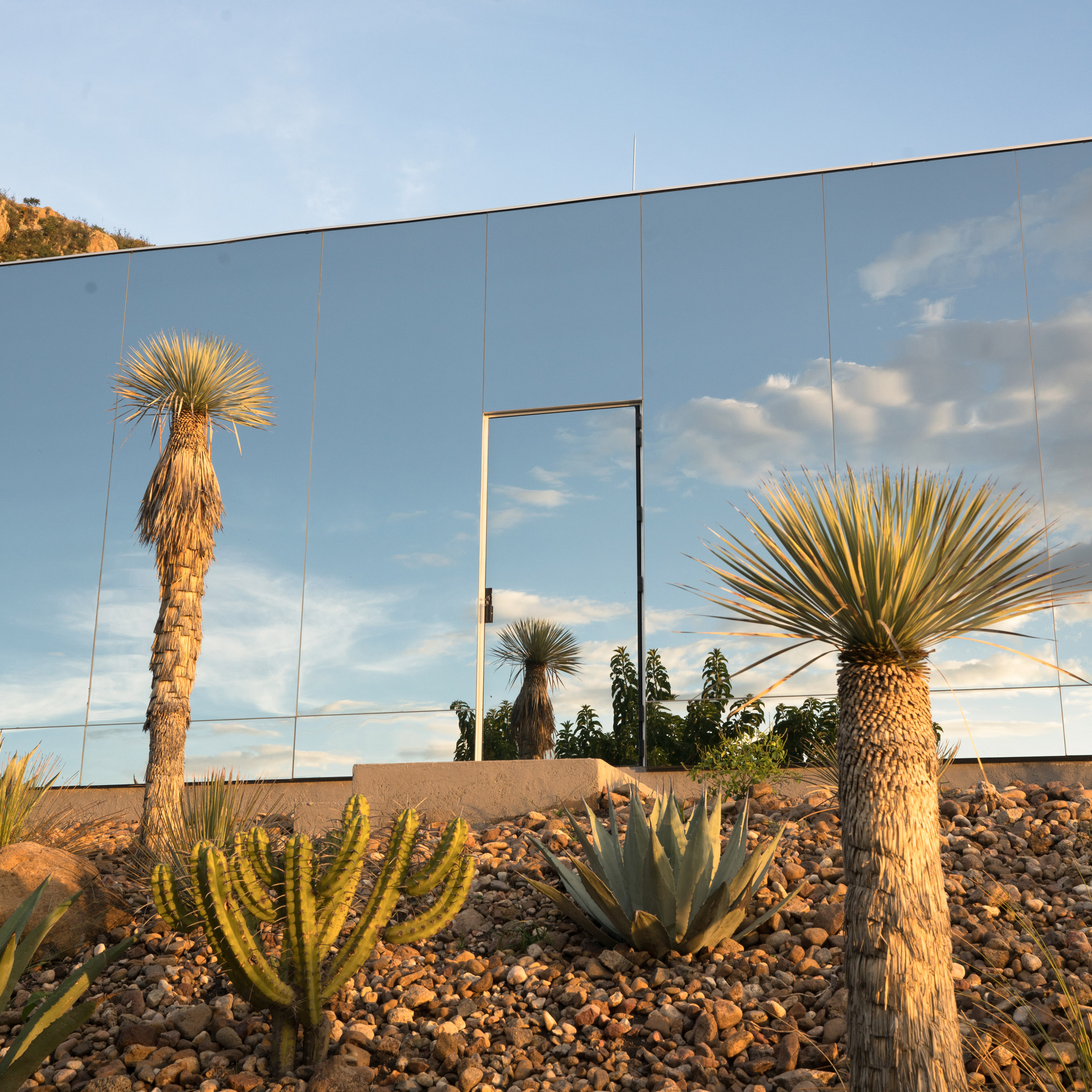 Windows and reflective surfaces can also be made visible to some birds using ultraviolet (UV) patterns or coatings. This is because avian species can see into the UV spectrum of light.

The technology, which is not visible to humans, is commonly used on mirrored buildings that are designed to reflect their environments. Examples include Casa Etérea in Mexico by Prashant Ashoka (above) and a series of guesthouses by Peter Pichler in Italy.

However, UV patterns are one of the most expensive options for achieving bird-friendly buildings and are often not recommended as certain birds are less sensitive to UV light.

Angled surfaces can also help prevent bird collisions as they create contrast and uneven reflections, preventing the illusion of continued space. his approach was used at Herzog & de Meuron’s AstraZeneca research centre in Cambridge (above). The architect says it has so far been “very successful” in deterring birds.

At Maggie’s Southampton, architect AL_A opted for mottled stainless steel cladding in place of flat mirrors, while Studio Gang used undulating balconies to break up walls of windows at the Aqua Tower in Chicago.

One of the more familiar low-tech solutions available is decorative stickers or decals. These can range from stickers that resemble silhouettes of animals to simple strips of tape.

The American Bird Conservancy states that, if applied correctly to the outside of a reflective surface, birds can identify decals as obstacles that they must try to fly around. Decals can also serve a decorative purpose, such as on shop windows including the Playtype concept store in Copenhagen by e-Types (above).

Alongside minimising the reflectively of glass and mirrors on buildings, one of the easiest ways to decrease bird collisions is by simply turning off lights in buildings at night.

This is the goal of many “Lights Out” programs launched across the USA and Canada. Melissa Breyer, a volunteer for New York City wildlife charity NYC Audobon, demanded that more building owners and occupants took part in these following the mass-bird death in New York last year. Breyer said these programs are particularly important during spring and autumn bird migrations.