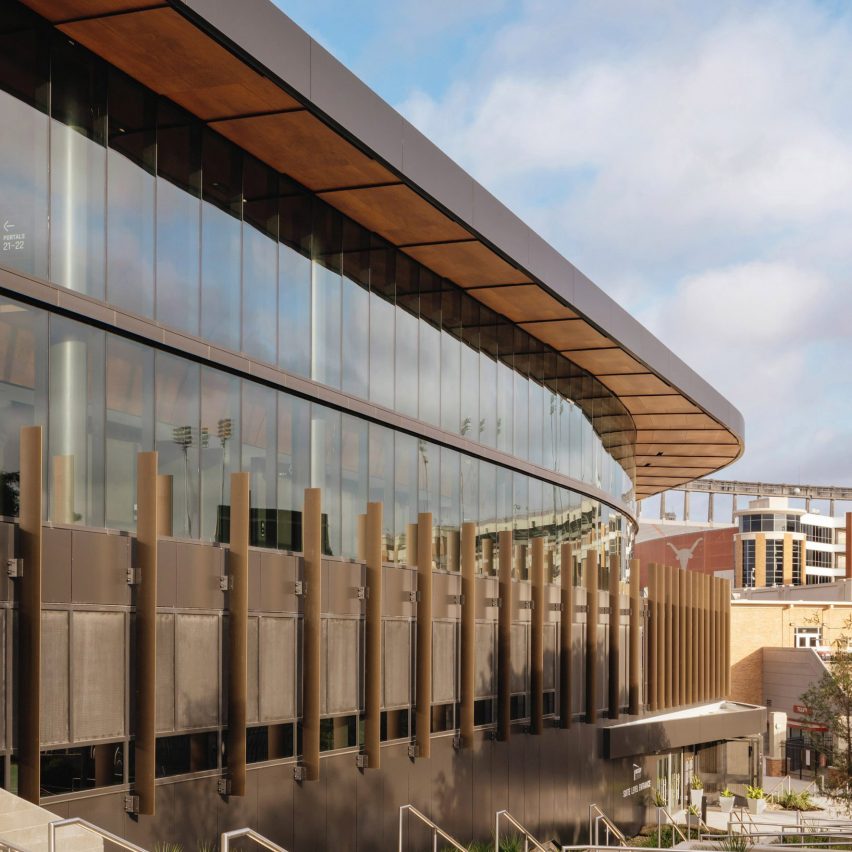 American architecture studio Gensler has completed a resilient and technologically advanced sports arena in Austin, Texas that has a wooden canopy that moves depending on the type of event.

The University of Texas at Austin Moody Center Basketball and Events Arena (Moody Center) acts as a conduit between the university and the rest of the Texas capital – both physically through the realignment of the urban grid and culturally through the combination of interactive technology, live music and local details.

“The arena dares to be different by respecting campus materiality and introducing a modern approach to systems and details,” the studio said.

The project’s design director John Houser described the facility as “two buildings in one.” The 10,000-seat Texas Longhorn basketball arena can transform into a 16,000-seat concert venue by raising and lowering the roof.

“It compresses the interior volume of the space, making it feel the right size for whatever is happening inside of it,” Houser told Dezeen.

To accommodate the changing interior volume, the arena features a pressurized ventilation system that cools the building from the bottom up, contributing to the design’s 13.7 per cent overall energy savings.

The design is encapsulated by a large canopy that “becomes the unifying architectural element for the whole building that allows us to reduce direct sunlight in the concourses while still bouncing natural light inside the space,” Houser said.

The canopy – an engineered panel veneered with Okoume wood that references vernacular Texas architecture – is both an interior and exterior feature.

The exterior soffit flows through a panelized glazing system across the interior concourse and folds down the back side of the stadium bowl.

The stadium can host large acts with its large loading dock and amenities that embed visitors within the city’s live music scene.

The concourse’s 360-degree glazing opens the venue to the surrounding Austin skyline. The service spaces are wrapped in an insulated metal panel system with anodized fins that reduce direct sun exposure and contribute to the building’s energy performance.

One of the Moody Center’s key interactive features is the Dell Technology Wall, 67 feet (20 metres) of artificial intelligence technology embedded in a wooden wall.

“During events the wall springs to life, allowing the architecture of the building to reflect the energy of the event and mirror the movement of the crowds to create unexpected moments of surprise and delight,” said Mandy Mandelstein, design lead in the studio’s Digital Experience Design arm. 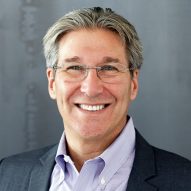 Additionally, the building will have 15 murals – 12 of which have already been installed – designed by local artists that will complete the Austin-based community art program by the end of 2022.

Set to receive a LEED Gold certification this fall, the project also boasts the preservation and replanting of heritage trees that embed the urban project within the university’s campus and the Texas landscape.

“Having six large oak trees on day one tied directly into the building gives it this sense of establishment,” Houser said.

One of the fastest-growing cities in the country, Austin also features a Gensler-designed mass timber office with a photovoltaic canopy and an upcoming KPF skyscraper set to be Texas’ tallest structure.

Photography is by Ryan Conway, Chase Daniel and Ryan Gobuty.

The post Gensler tucks arena under a movable wooden canopy in Austin appeared first on Dezeen.