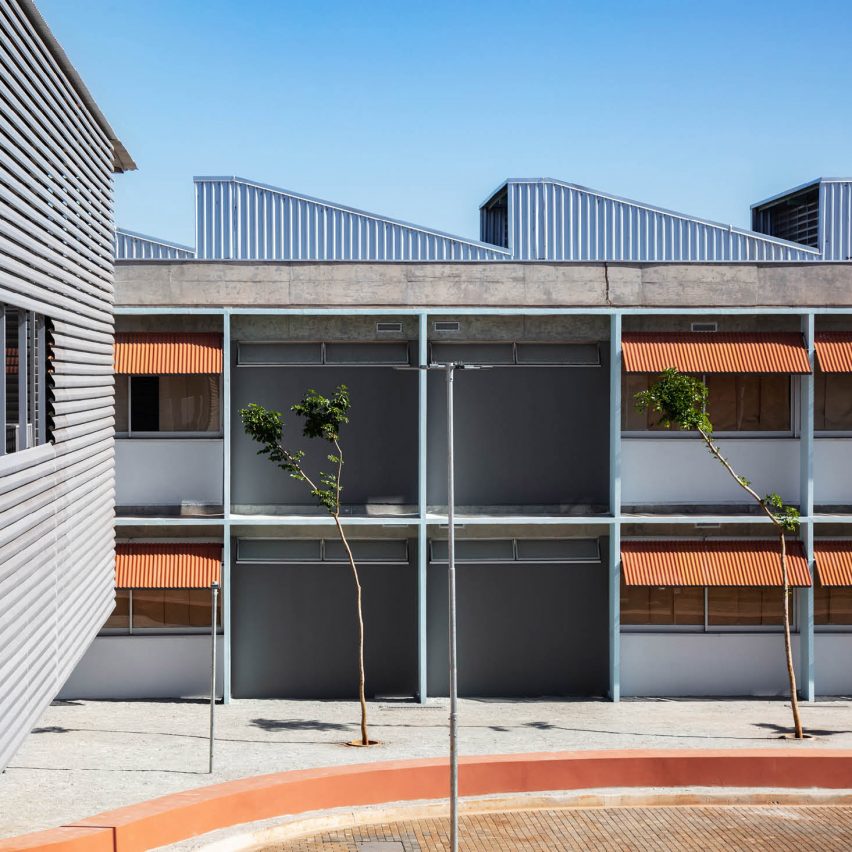 Brazilian studio Gusmão Otero Arquitetos Associados has completed a campus for the Pequeno Príncipe School on the outskirts of the city of Ribeirão Preto using concrete and prefabricated panels.

The campus was completed earlier this year for the institution, which serves children from elementary school through high school.

The campus encompasses four main buildings, totalling 9,300 square metres. Three of these contain classrooms and are divided by age group, while the fourth holds communal spaces.

A central plaza between the four buildings contains sports fields and is large enough to accommodate all of the students in one place.

“The new campus is distinguished by the integration of the buildings with external space and nature,” said Gusmão Otero Arquitetos Associados (GOAA).

The buildings have one, two or three storeys, depending on the age of the children, with the older students occupying the tallest structure. The communal building is placed at the top of the school’s gently sloping grounds and has two floors.

Much of the ground floor of this structure is open to the exterior, which helps keep the interiors cool through cross-ventilation. This structure contains a basketball court, a large auditorium and the school’s cafeteria and administrative offices.

“The integration of the buildings with the external areas and nature was one of the project’s pillars, reinforcing the will to create open and permeable buildings,” said GOAA.

“This strategy aims to minimize earth movements and take advantage of the different levels of insertion of the constructions of each cycle to create autonomous external spaces, at the same time that a large central square has the scale to receive the entire school community,” the studio continued.

The architecture studio arranged for more than 250 trees planted during construction.

Each of the four buildings was built on a similar structural grid, which creates a consistent appearance for each building. All of the structures were built with cast-in-place concrete beams and pillars that support prefabricated floor slabs.

“The building materiality is exposed, as are the electrical and hydraulic installations,” said GOAA.

Large clerestory windows were placed in sloping protrusions from the roof to allow for natural sunlight in the middle of the structures.

To further help shade the interiors, the architects designed deep canopies that protect the building openings.

GOAA used these as an opportunity to bring some colour into the project, painting the support frames blue and choosing a natural-hued terracotta for the shading elements. 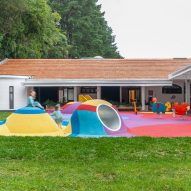 As of its completion, the Pequeno Príncipe school meets roughly half of its energy consumption with solar panels placed on the roofs.

According to GOAA, the school intends to install more panels in the coming years, in order to eventually meet all of its energy needs.

GOAA was established in 2014 by Ricardo Lopes Gusmão and Guido D´Elia Otero. Its offices are located in São Paulo, where the studio completed another school by converting an existing car dealership building.

Other school buildings include a campus in China filled with buildings “like a cluster of huts in fairy tales” and a school in Zambia built with locally sourced materials by Caukin Studio.

The photography is by Rafaela Netto, unless otherwise stated.