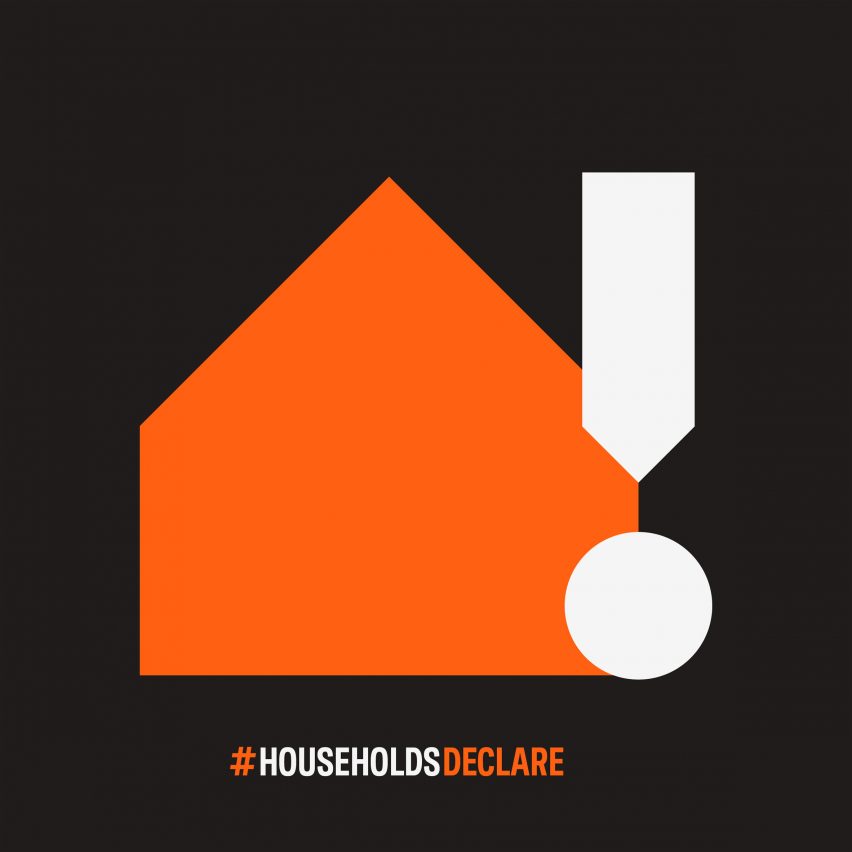 The Households Declare campaign intends to put pressure on the UK government in the run-up to the UN Climate Change Conference 2021 (COP 26), which will be held in Glasgow this October.

The campaign is asking households to sign a letter demanding the government takes action to achieve its net-zero targets and sets out a strategy to make existing UK housing stock more energy efficient.

The letter will be delivered to Alok Sharma, the government’s COP 26 president, at the end of October.

“There are 29 million homes in the UK, and these contribute almost 20 per cent of total UK emissions,” said Sara Edmonds, coordinator of Existing Buildings Group at Architects Climate Action Network (ACAN) and director of architecture firm Studio Search .

“That is a huge chunk of emissions that won’t change without large amounts of financial and organisational investment,” she told Dezeen.

ACAN is using the campaign to urge the UK government to set out a national retrofit strategy that will help limit carbon emissions from UK housing stock and create a roadmap to a “zero-carbon future”.

“This is urgent because 80 per cent of buildings that will exist in 2050 are already built,” Edmonds said.

“To achieve the net-zero target by 2050, urgent action needs to be taken now on our existing building stock, not just tighter carbon standards for new builds.”

According to the organisation, the UK’s 29 million homes are among the oldest and least energy-efficient in Europe, which means that heating and cooling them wastes energy.

The built environment accounts for 38 per cent of global emissions and the vast majority of this, around 28 per cent, can be traced back to the heating, cooling and lighting of buildings.

“In order for the UK to meet legal obligations under the Climate Change Act and commitments under the Paris Agreement to stay below 1.5 degrees Celsius, emissions from heating and powering homes must be reduced by 78 per cent in less than 15 years and then to zero by 2050,” ACAN said.

Retrofitting houses is one way in which UK architects and the wider construction industry can help reduce emissions.

“The government needs to set out a national retrofit strategy – many in the construction industry have been calling for this for a long time,” Edmonds said.

“In fact, the Construction Leadership Council has written a report crunching the numbers and setting out how this can be achieved.”

The Household Declares campaign is launched on the heels of the recently released IPCC climate report, which climate pressure groups have called “a call to arms.”

“The message was clear from the IPCC,” ACAN’s Joe Giddings told Dezeen after the release of the report. “Every single tonne of carbon dioxide emissions that we prevent helps to lessen the impact of human-induced climate change and the extreme weather events it causes.”

The campaign is also calling for better zero-carbon targets to make sure homes built today are up to sustainable standards.

“We hope that the campaign will educate and empower every homeowner to use their voice to send a message, loud and clear, to the UK government, that significant action is required and it’s required right now,” Edmonds concluded. “This is an emergency.”

Carbon emissions, and especially embodied carbon emissions – emissions that come from the materials and construction of a building – have been receiving a lot of attention lately, with UK industry group Part Z calling for compulsory whole-life carbon assessments of buildings to tackle hidden emissions.

Dezeen’s carbon revolution series looked at ways in which the material can be removed from the atmosphere and put to use on earth.