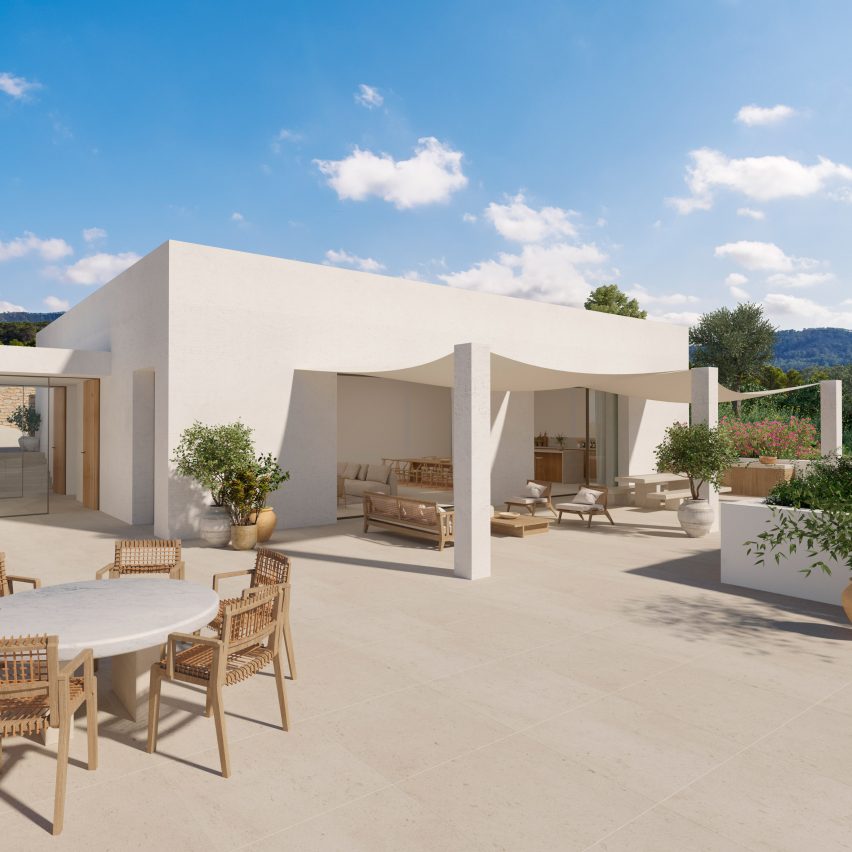 British designer John Pawson has revealed designs for two luxury limestone villas, which will be built on the residential Sabina estate on the Mediterranean island of Ibiza.

The two Pawson-designed villas are set to be built in Ibiza’s western village of Sant Agusti des Vedrà within a private luxury residential estate.

Named Can Almendro and Can Adelfa, both villas will contain seven bedrooms, 25-metre swimming pools and additional guest houses.

Can Adelfa will be set on a 3,775-square-metre hilly landscape alongside two guest houses and a pool house, the villa will contain a cinema room, wine cellar and a barbeque-cum-grilling area.

Can Almendro will have a slightly larger footprint – totalling 1,788 square metres on a 4,000 square-metre site – and will similarly include a guest house and luxury facilities such as a cinema room and wine cellar.

“The point was to make places where everyone staying – guests and owners – has plenty of space inside and outside, to gather or withdraw, with shaded areas for eating and relaxing.”

Each villa will have a rectilinear structure designed to look as though built into the landscape as opposed to emerging from it.

Locally sourced limestone will clad the exterior of the villas to create a typical Spanish look without imposing or distracting from its surroundings. 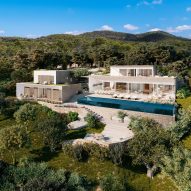 “We wanted to make the villas look intimate – to avoid the scale feeling too monumental,” said Pawson.

“Using the local limestone and whitewash helps the architecture to become part of the landscape, giving the impression of volumes that are bedded into the hill rather than rising from it. This was never about making a Parthenon or a Getty.”

Pockets dedicated to al-fresco dining and lounging will surround the walls of the homes between swimming pools and landscaped gardens.

Ocean and hilltop views of the western coast will frame every area of the villa as a result of full-height windows and sliding doors that will make use of indoor-outdoor living.

“Sustainability is really important to the client and they wanted the architecture to be as green as possible, so the use of glass is restricted and the walls are extra thick, to insulate against the heat or the cold, ensuring the temperature inside stays pretty stable,” said Pawson.

Construction is set to begin on the pair of villas in the winter of 2022. Can Adelfa and Can Almendro are part of a development led by Sabina where acclaimed architects and architectural designers are creating 21 luxury villas.

In 2020, Pawson created himself a minimalist rural retreat in the Costwolds within a converted 17th-century farming complex.

The renders are by John Pawson.