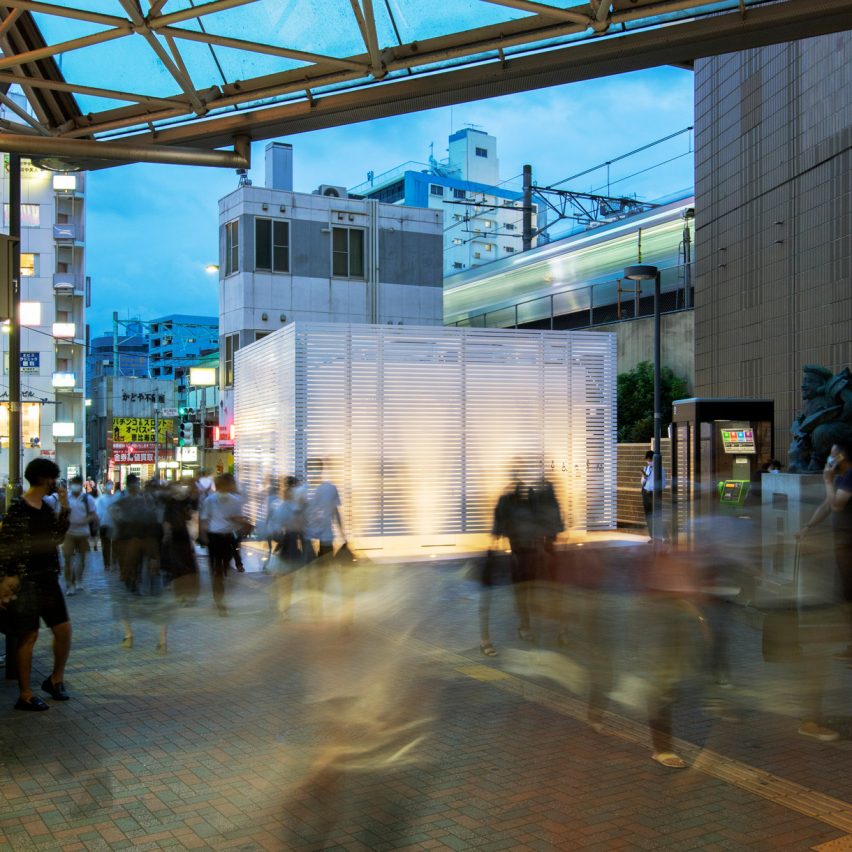 Built as the latest addition to the Tokyo Toilet project, which will see 17 facilities designed by leading architects and designers built in the city, Sato‘s block stands outside a busy station.

Sato, who runs branding agency Samurai Inc and designed the brand strategy for Uniqlo, set out to create a bright, clean-looking facility.

The designer aimed to achieve this by surrounding the facility with white aluminium louvres.

“Since the toilet, located beside the police box in front of the Ebisu station, is a neighborhood symbol that people see every day, we thought it should not be too conspicuous,” explained Sato.

“The aluminium louvres give a bright and light impression, and we have tried to create a quiet appearance that blends naturally with the cityscape.”

The louvres are separated with two-centimetre gaps to create a permeable wall that has an open space at its base.

The wall encloses a light-filled corridor that runs in a U-shape around the rectangular block with the entrances at each end. Inside the block are five toilet cubicles that are not divided by gender.

“The facility should be easy to enter, easy to use, and have a clean appearance that inspires the passersby to feel a little bit brighter and fresher,” Sato continued.

“This pure white toilet was designed by addressing every point of consideration that is usually taken for granted in a restroom facility.”

Along with the block, Sato also designed the pictograms that are used to depict the various facilities.

These pictograms are being used on all of the facilities built as part of the Tokyo Toilet project.

In total, 17 toilets are planned as part of the Nippon Foundation‘s Tokyo Toilet project.