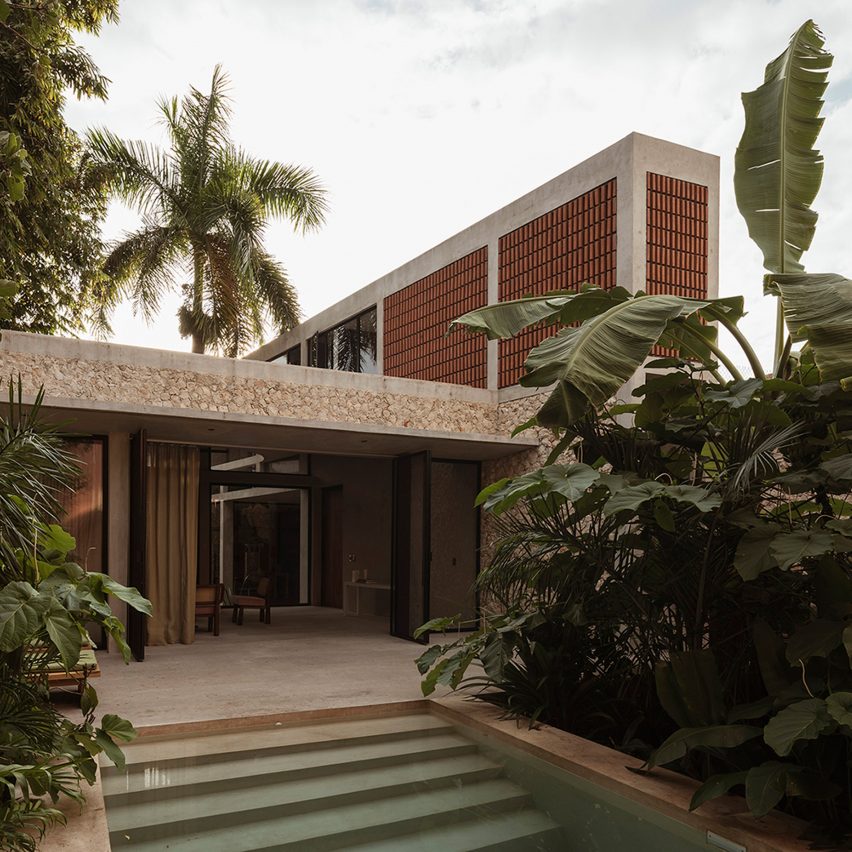 Architect Marc Perrotta has renovated a traditional home in Mérida, Mexico by removing a “clumsy” addition to the home and substituting it for a concrete structure with glass and brick walls.

According to local architect Marc Perrotta, the original 19th-century house had undergone several renovations that negatively affected the structure.

“It had several additions obscuring the original house’s form,” said Perrotta, who mentioned that the building was last being used as a dentist’s office.

“[The] clumsy additions were removed and replaced with a clear and contemporary addition that created three lush courtyards for maximum natural light and cross breezes,” the architect explained.

Mérida is the capital of the Yucatán province, on the east coast of Mexico. The property, nicknamed Casa San Cristobal, is within the city’s historic centre.

Perrotta restored the street-facing facade of the home, keeping it within the historical context and restoring its facade.

The front of the home contains an office and a dining room.

“The existing historic house was renovated with a restored facade and new finishes emblematic of Mérida’s historic architecture, such as rough plaster walls and colorful ‘pasta’ tile floors,” said Perrotta.

Within the two-storey addition are most of the resident’s living spaces. The ground level contains the kitchen and living room, which are separated by an outdoor dining terrace. 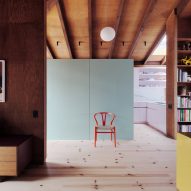 The walls of the addition are formed of glass, stone, stucco or breezy brick screens, depending on the use and level of privacy needed.

Most of the walls that face the courtyards are glass, reinforcing the home’s connection with the lush site.

“These courtyards allow abundant airflow and relief from the tropical heat,” the architect added.

Each of these courtyards holds different types of vegetation.

There is a “traditional” courtyard between the historic structure and addition, a desert-inspired garden near the centre of the home and a “jungle” at the back that is intended to provide some privacy to a guest house at the back of the home.

The guest house itself is a small volume finished in chukum, a type of plaster used in the area.

It is made by mixing the boiled bark of the native chukum tree into the plaster. This process renders the material waterproof, as well as lending it a pink colour.

A pool is set within the furthest courtyard, and it extends into the guesthouse, with a separate entrance that allows someone sleeping inside to step out into the water directly.

Many of the materials used for the project were site-built, including cement blocks that were made by hand.

“Throughout, the house’s materiality and finishes are tough but tactile and show the execution of the work,” said Perrotta.

Other homes located on Mexico’s Yucatán peninsula include a home by Ludwig Godefroy that draws inspiration from Mayan traditions and culture and an artist’s studio topped by large skylights for a creative couple.

The photography is by Fabian Martinez unless otherwise stated.