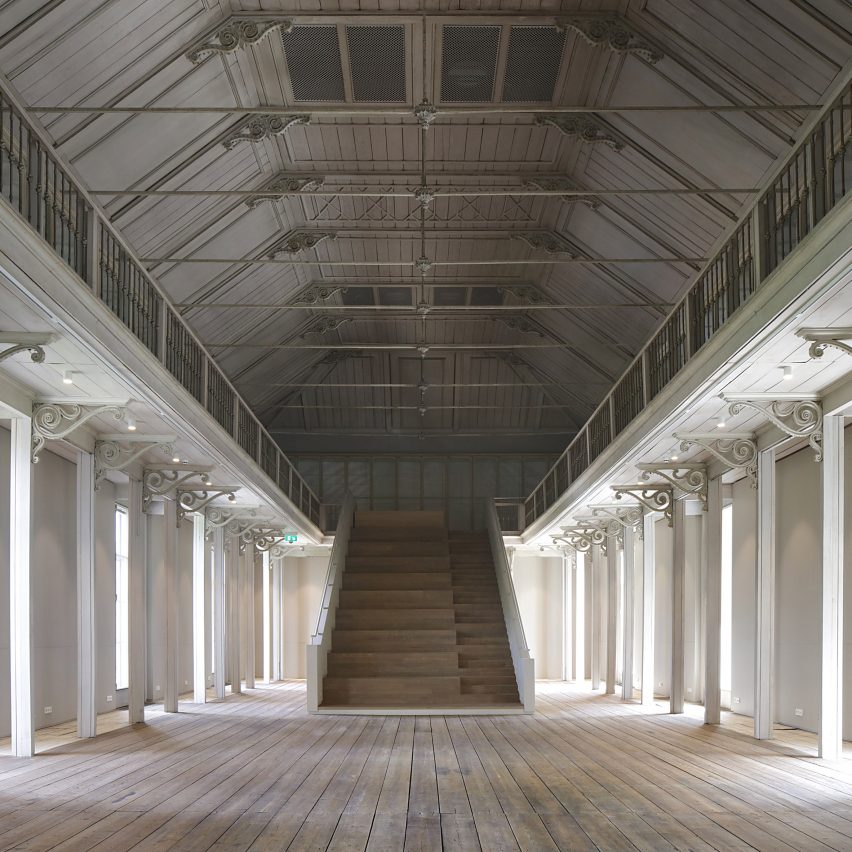 Dutch studio Merk X has renovated the 19th-century Groote Museum at Amsterdam Zoo, combining the reinstatement of its original features with the addition of a new basement and contemporary accents informed by natural forms.

Designed in 1854 by Johannes van Maurik, the building historically acted as a member’s hall and museum for the zoological society Natura Artis Magistra or Artis, which closed in 1946 prior to the entire structure being closed in 2011.

The renovation by Merk X, which has been shortlisted in the civic and cultural interiors category of Dezeen Awards 2022, stripped away previous alterations before restoring and upgrading the building to house a new natural history museum.

“The design process is characterised by two complementary approaches: to restore and to update,” said the practice.

“After a long period of neglect, this national monument has regained the transparency that formed architect Van Maurik’s two guiding principles: air and happiness,” it continued.

Across the original building’s two storeys, structural elements have been strengthened and original features, such as a striking double staircase in the rotunda, were altered to meet modern safety requirements with the addition of a higher balustrade.

Beneath, a basement was dug out by placing the original building on a steel table during construction, providing a new entrance route as well as much-needed additional space for back-of-house facilities, cloakrooms, lockers and bathrooms.

On the first floor, an elongated gallery space has been fitted with an additional staircase to improve circulation, designed to double as seating for public events, and a connecting bridge to link the east and west sides of the building. 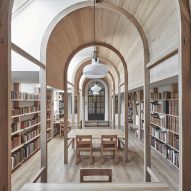 The climate control and security of display areas have also been improved, with the glass vitrines that surround both levels of the gallery strengthened.

“Necessary interventions accommodating the expected influx of visitors have been fitted almost imperceptibly, including the structural strengthening of the exhibition halls and their galleries,” said the practice.

Alongside the restoration of historical details, Merk X drew on the nearby zoo’s nature to introduce a terrazzo floor, wall paintings, metal screens and lighting that reference trees and plants.

“A richly decorated terrazzo floor and a sculptural lamp inspired by organic forms such as chestnuts and acorns visually connect the entrance with the ground floor,” said the practice.

“Whether old or completely new, every facet of the Groote Museum has been given its place in this spectacular new composition,” it continued.

Other projects featured on the civic and cultural interior shortlist of Dezeen Awards 2022 include the transformation of a former cow shed into a library space by Crawshaw Architects and the world’s first multi-storey skate park in Folkestone by Holloway Studio.

Photography is by Filip Dujardin.