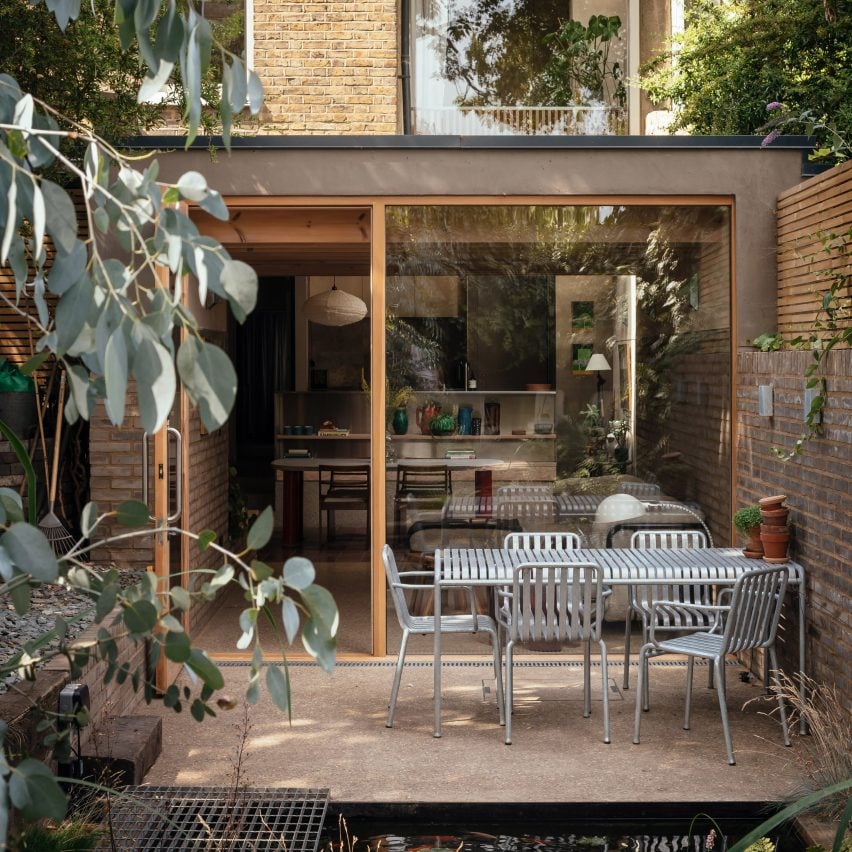 London studio Nimtim Architects has renovated a Victorian maisonette in Camberwell with a warm palette of natural materials and a lush walled garden.

Appropriately named Walled Garden, the project was designed by Nimtim Architects to provide the owner with a “place of reflection and sanctuary from the city”.

The design responds to a brief calling for greater connectivity and openness in the home, working within the constraints of the Minet Estate Conservation area near Myatt’s Fields in south London.

By extending the rear of the home into the back garden, Nimtim Architects has opened up the ground floor with a large living, dining and kitchen space beneath a skylit ceiling of Douglas fir beams.

“Our clients wanted the home to feel open and connected but not cavernous,” explained the studio.

“Generous openings at the rear create a focal point and frame views from the living spaces and the main bedroom to the secluded rear garden, still defined and wrapped by the original stock brick wall.”

At the front of the home, the former living room has been turned into a separate guest annexe with its own dedicated entrance and kitchenette.

Above, there is a private living area positioned alongside the main bathroom and bedroom, which overlooks the extension below from a small balcony.

“We introduced an internal timber slatted balcony that permitted a dialogue between the bedrooms, the living space and the garden, lending an almost civic quality to the flat,” said Nimtim Architects.

A palette of exposed brickwork, rough plaster and a raised aggregate concrete floor in the kitchen lends a warm, earthy quality to the spaces, intended to soften the light entering from the large rear windows. 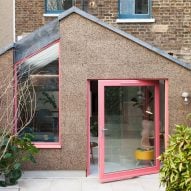 “Collectively, we wanted the materials to have a rich and timeless quality and be discrete enough to provide a backdrop to the client’s collection of art, books and furniture,” the studio added.

The studio also developed the concept for the walled garden outside, creating space for two small seating areas and a pond positioned between areas of foliage and ferns that are able to withstand its south-facing aspect.

Nimtim Architects was founded in 2014 in London by architects Nimi Attanayake and Tim O’Callaghan.

The studio has completed several refurbishments and extensions across London, including the refurbishment of a house in Southwark with plywood partitions and a cork-clad extension with pink window frames.