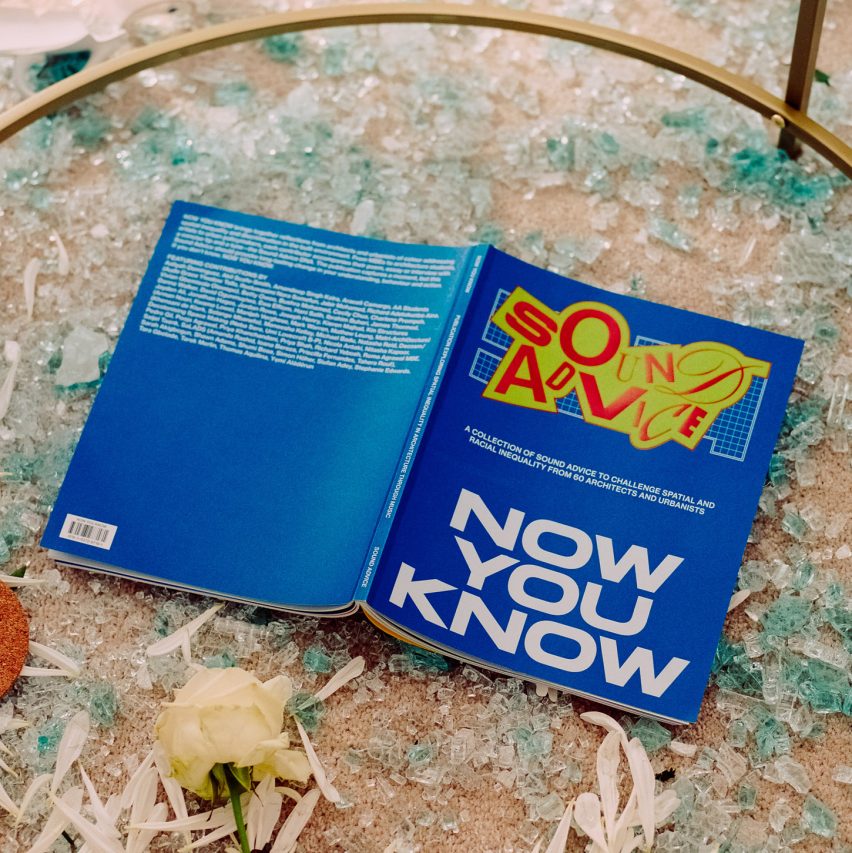 Architecture discussion platform Sound Advice has gathered essays and interviews from 60 architects and urbanists of colour in a book to highlight racial inequality in architecture.

Sound Advice founders Joseph Henry and Pooja Agrawal assembled the book, titled Now You Know, in the wake of the murder of George Floyd and the #BlackoutTuesday.

The duo created the publication to build on the reaction to the murder of Floyd and to make clear that there is a lot of work to do to make the built environment more diverse.

“This book came into being as a response to a specific moment, #BlackoutTuesday, when all across social media individuals, businesses and institutions were posting a black square in response to the murder of George Floyd,” Henry told Dezeen.

“The publication became a means to hold the raw responses of people of colour in the architecture and design industry who were feeling anger, hurt and frustration,” he continued.

“Collectively we wanted to show how much work is needed to make change, to ensure people didn’t become complacent after #BlackoutTuesday and let them think that that was enough to guarantee progress.”

The book, which was designed by London-based Joel Antoine-Wilkinson, contains essays, poems and interviews from 60 people of colour working in the built environment including Dezeen content producer Siufan Adey and Dezeen Awards judge Priya Khanchandani.

It was compiled to showcase the ideas and thoughts of some of the many people working to make the built environment more inclusive.

“Totally fed up with how the built environment sector tackles, or doesn’t tackle, race, we wanted to hear from people who are already fighting to make the changes,” said Agrawal.

“What was their response to this moment? Where do they think we can go from here? How can we disrupt the inertia of the profession?”

Henry and Agrawal set up Sound Advice, which creates short quotes and tips on social media coupled with music, as a non-academic way of discussing diversity in the built environment.

They want the book, which is the first published by the platform, to bring attention to the opinions of people of colour working in the built environment.

“There is a gaping hole in the western architectural canon which is the perspective of people of colour and this book is our small contribution to balancing that out,” said Henry.

“We want the book to present an alternative vision for the future of our cities and showcase the people that are out there with great ideas and something to contribute.”

The duo hope that the book will both increase awareness of racism in the architecture profession and offer potential solutions.

“The content of the book can increase people’s awareness of people’s personal experiences of racism, but also knowledge of historical evidence of structural racism embedded in our cities,” said Henry.

“It has very direct ideas of how to take action to diversify the industry, but also how to fundamentally challenge who has access to space.”

They also hope that those reading it will be encouraged to take action and make changes so that the burden of changing the profession isn’t left to people of colour.

“But also, a lot of people of colour are tired of talking about how to make change and feel exploited and pressured to share their personal stories and experiences,” said Henry.

“This book puts the onus on people to stop looking at us, to digest the content and to take ownership to make change.”

Floyd was murdered by a police officer on 25 May 2020. His killing sparked global protests in support of racial equality with designers including David Adjaye, Jessica Walsh, Tom Dixon, Camille Walala and Yinka Ilori among the thousands of people posting a black square on Instagram in support.