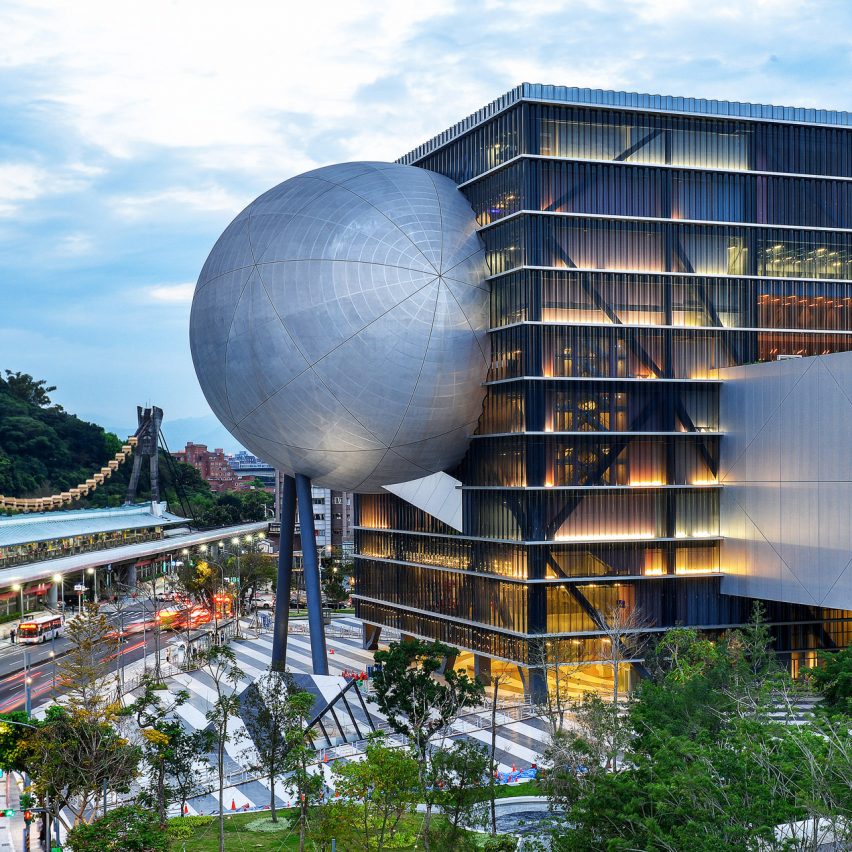 The long-awaited Taipei Performing Arts Center in Taiwan has been completed by Rem Koolhaas-led studio OMA ahead of the official opening on 7 August 2022.

Commissioned by the Taipei City Government in 2009, the 59,000-square-metre cultural landmark has a distinctive form with three auditoriums protruding from a central cuboid volume.

Pritzker Architecture Prize-winner Koolhaas, who led the design alongside OMA managing partner David Gianotten, wanted the building to stand out from “standardised” contemporary theatres being built in major cities around the world.

“We want to contribute to the history of the theatre. Here in Taipei, we were able to combine three auditoria in a particular way,” he continued. “We are interested to see how this architecture will have an impact in terms of extending what we can do in theatre.”

Koolhaas took a similar approach in the design of the CCTV Headquartes in Beijing, which he created to encourage alternative forms for high-rise buildings.

Built in the Shilin Night Market area of Taipei, the building contains three theatres that all extend from the central form.

The most prominent of these is the 800-seat Globe Playhouse, which has a spherical shape and is supported externally on two columns.

Alongside the spherical auditorium, the building also contains the 1,500-seat Grand Theater and the 800-seat Blue Box theatre. These project from opposite sides of the building.

The two venues sit opposite each other on the same level of the arts centre so that they can be combined into one venue referred to as a “Super Theater”.

The main, central section of the building is raised above the ground to create a covered plaza.

It contains the entrances, foyers and all of the backstage areas for the three theatres.

A public walkway in the building, named the Public Loop, runs through these backstage areas with windows to give views of the usually unseen spaces.

The walkway runs through the centre of the building before heading up to a public viewing point on the roof. A walkway across the roof of the spherical theatre leads to a set of lifts that returns people to the ground floor.

“The configuration of three theaters plugged into a central cube has resulted in new internal workings of the performing spaces to inspire unimagined productions,” said OMA’s Gianotten.

“The Public Loop exposes visitors with and without tickets to these new works and their creative processes. We are excited by how the building constantly generates new relationships between artists, spectators, and the public.”

OMA designed the Taipei Performing Arts Center to have a wide variety of unique performance spaces, such as the spherical theatre and factory-like Super Theatre, but also to have numerous additional areas that could be used for performances. 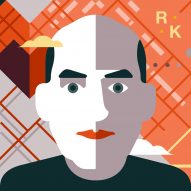 Rem Koolhaas is the architect who built deconstructivism’s legacy

“Every foyer, every plaza, every unexpected corner is brimming with creative potential. We believe theatre of the future will outgrow conventional theatrical spaces,” he continued.

“Taipei Performing Arts Center is prepared for every form of contemporary performance art from the most adventurous artists.”

The Taipei Performing Arts Center has been in construction for over a decade, with construction starting in 2012 after OMA won the commission in 2009.

Led by Koolhaas, OMA is one of the world’s most successful architecture studios. It has recently revealed plans for the first North American outpost for Centre Pompidou and the Qatar Auto Museum in Doha.

Koolhaas was one of a group of architects in the 1980s who developed deconstructivist architecture of architecture, which we are revisiting in our series on the style.

The photography is by Chris Stowers unless stated.

The post Rem Koolhaas designs Taipei Performing Arts Center to "contribute to the history of the theatre" appeared first on Dezeen.