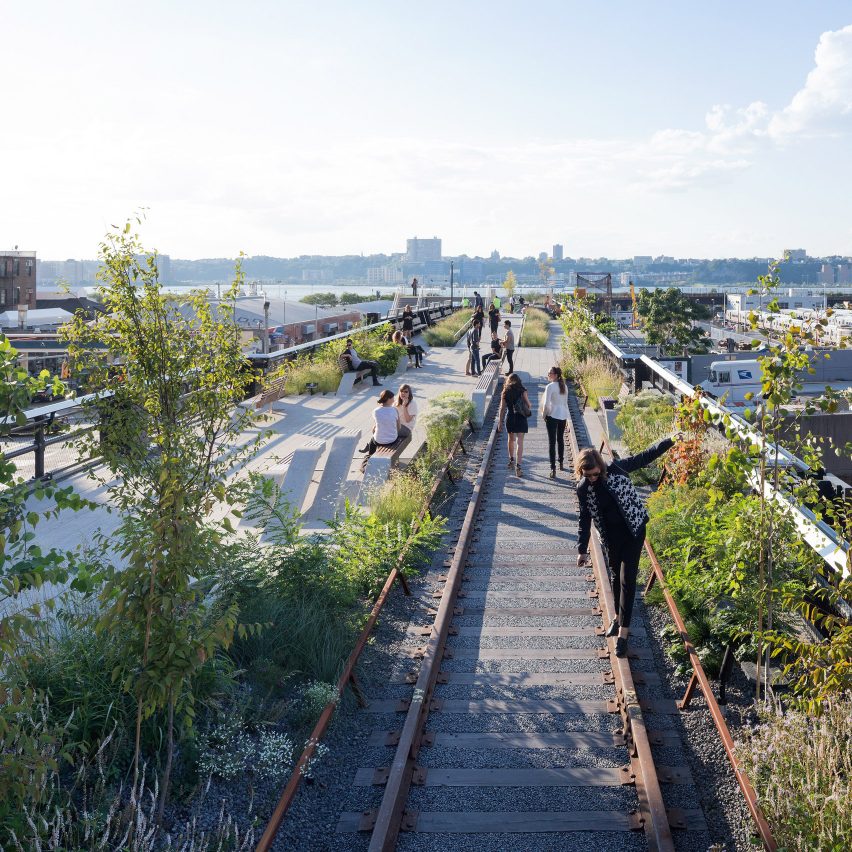 New York City planners are working on secret plans for a controversial new pedestrian walkway on top of the High Line, dubbed “The Even Higher Line”.

The plans, which were leaked to Dezeen, involve turning the former elevated railway into a multi-storey attraction, increasing visitor capacity while allowing for social distancing.

The development would also allow real-estate owners to double the height of buildings adjacent to the High Line in exchange for backing the proposal.

The new proposal would allow the introduction of a one-way system, with pedestrians on the existing level travelling in a northwards direction while the upper level would be reserved for southbound walking.

Squadrons of armed drones would patrol the skies to ensure everyone walked in the right direction.

Even Higher Line would be higher than surrounding buildings

The High Line has also triggered frenzied regeneration along its length, with formerly neglected lots redeveloped as high-rise towers, turning the once airy route into a dark canyon.

The Even Higher Line would mean the public walkway would once again be above the mean height of neighbouring towers, at least until the anticipated fresh wave of skyward development takes place.

However, backers of The Even Higher Line have a contingency plan to add a third level, and then possibly a fourth and fifth, to ensure the linear park is always one step ahead of property speculators.

Visitors would access the upper levels via high-speed, nuclear-powered elevators, or by new access gantries linking The Even Higher Line to the top of Thomas Heatherwick‘s Vessel attraction at Hudson Yards at the line’s northern extreme.

A secret clause in the Vessel’s planning consent allows the conical copper-clad structure to be extended upwards indefinitely so it can serve as an emergency exit if new levels are added on top of The High Line.

​Plans for The Even Higher Line were handed to Dezeen after a concerned citizen found them sketched on the back of an envelope in a Chelsea trash can.​

Main image is by Iwan Baan.

The post Secret proposal for "Even Higher Line" on top of New York's High Line revealed appeared first on Dezeen.