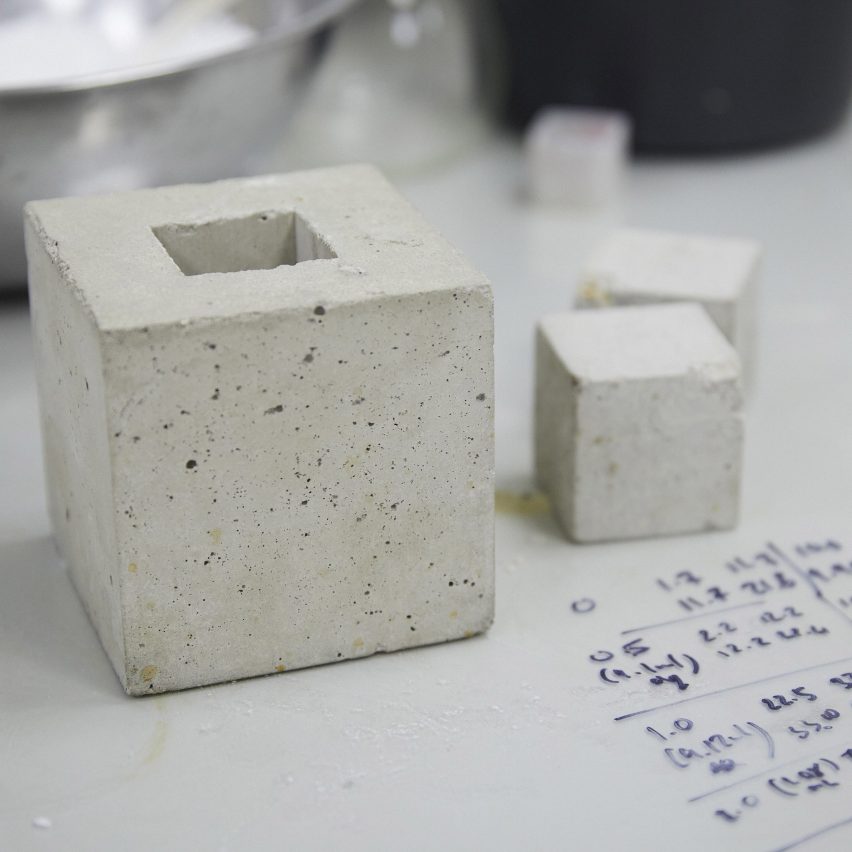 British company Seratech has won the architecture-focused Obel Award with its prototype carbon-neutral concrete, which it says is low-cost and easy to scale.

Founded by PhD students Sam Draper and Barney Shanks to commercialise their research at the Imperial College London, Seratech replaces part of the cement content of concrete with a type of silica created using carbon dioxide captured directly from factory flues.

Only a maximum of 40 per cent of the cement content of concrete can be replaced in this way. However, according to Seratech, the carbon capture and storage (CCS) involved to make the replacement material means that more carbon is stored in the concrete than is emitted in its cement production, making it overall carbon-neutral.

Cement is an extremely emissions-generating material, currently accounting for about eight per cent of the world’s global carbon emissions.

“Once scaled-up and implemented, Seratech has the potential to significantly reduce overall carbon emissions from the construction industry,” said the Obel Award jury.

While other companies and researchers are working on technologies to replace all of the cement within concrete, Seratch says that its process has the advantage of being the most practical for the immediate future.

“Replacing all the Portland cement is currently the only way to achieve carbon-neutral concrete without resorting to CCS or offsetting,” Draper told Dezeen. “However, this approach has significant drawbacks.”

“The raw materials for these binders, often termed ‘geopolymers’, are not available at the required scale to make any significant dent in current cement production and emissions,” he continued.

“The most common is GGBS, a by-product of steel production, but it is already entirely utilised as a partial cement replacement material.”

By contrast, the raw materials needed for Seratch’s technology – carbon dioxide from industry and olivine, a magnesium iron silicate – are abundant around the globe.

If emissions from industry are one day lowered to the point where supply isn’t abundant, then Draper says that Seratech could use an affordable direct air capture technology instead, drawing carbon dioxide from the atmosphere.

The other major advantage of its technology is that it can be integrated into existing concrete production processes without major shifts in practice, speeding up implementation. The silica can be blended with Portland cement on-site just as with other supplementary cementitious material (SCM). 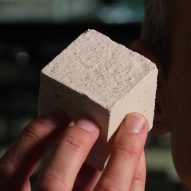 “Some cement-free binders are based on very different chemistries, which may raise questions over their long term performance and durability,” said Draper. “This makes the industry cautious to adopt them and may have significant ramifications in insuring buildings, etcetera.”

“Humanity can’t afford to spend 20 to 50 years scaling the technology to give us sustainable materials,” he continued. “It needs to be now.”

Founded in 2019, the Obel Award is awarded annually by the Henrik Frode Obel Foundation to honour an outstanding architectural contribution to human development. Each year it has a different focus, with this year’s being embodied emissions.

The previous winners have included scientist Carlos Moreno for his urban strategy the 15-Minute City and architect Anna Heringer for the Anandaloy building in rural Bangladesh.

A more experimental recent effort at carbon-neutral concrete has come from the University of Colorado Boulder, where the cement content was entirely replaced with limestone grown by algae.

The photography is by Helene Sandberg.