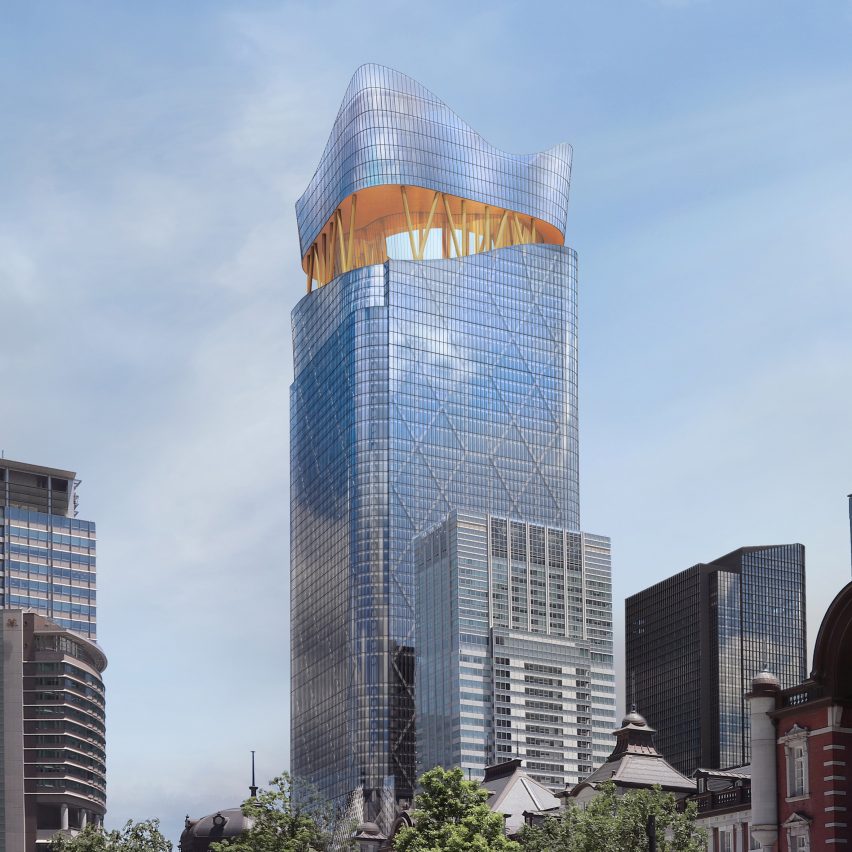 Sou Fujimoto Architects has been revealed as the architect for the top section of the supertall Torch Tower skyscraper in Tokyo, which is set to become the tallest building in Japan.

The 390-metre-tall tower, which is being developed by Mitsubishi Jisho Sekkei for a site in Chiyoda-ku, will feature a large public plaza and observation deck at its peak by Sou Fujimoto Architects.

According to the studio’s founder, Sou Fujimoto, the goal is to help make the tower “a place for people instead of an object”.

Torch Tower forms part of a wider masterplan known as the Tokyo Torch that is currently being developed by Mitsubishi Jisho Sekkei for a site spreading north of Tokyo Station. It is hoped to become a “town that brightens and energizes Japan”.

The skyscraper will become the first part of the masterplan to reach completion, with a date planned for 2028. It will later be joined by another highrise called Tokiwabashi Tower.

Once complete, the Torch Tower will comprise 63 storeys above ground and four below. It is expected the plaza by Sou Fujimoto Architects will be positioned at the point where the tower reaches 300 metres in height.

In the visuals released by Mitsubishi Jisho Sekkei, the plaza is shown as a large semi-outdoor space that mimics an undulating hill, surrounded by greenery and large openings overlooking the city.

It aims to challenge the usual placement of a public square at the base of a skyscraper and establish a “new typology of high-rise building”, Fujimoto wrote in an Instagram post.

Few details have been revealed about the rest of the tower, for which Mitsubishi Jisho Sekkei is overseeing the design.

However, alongside the plaza, it is expected to contain offices, a hotel and commercial and retail outlets, as well as direct links to the nearby Tokyo Station.

Sou Fujimoto Architects was established by Japanese architect Fujimoto in 2000, with offices in both Tokyo and Paris. Other recent projects by the studio include the House of Hungarian Music, which is nearing completion in Budapest, alongside the mixed-use L’Arbre Blanc tower from which balconies fan out like leaves.

On a historic site in New York, the studio is also currently developing a co-living complex for The Collective that will see the studio make use of red brickwork for the first time.