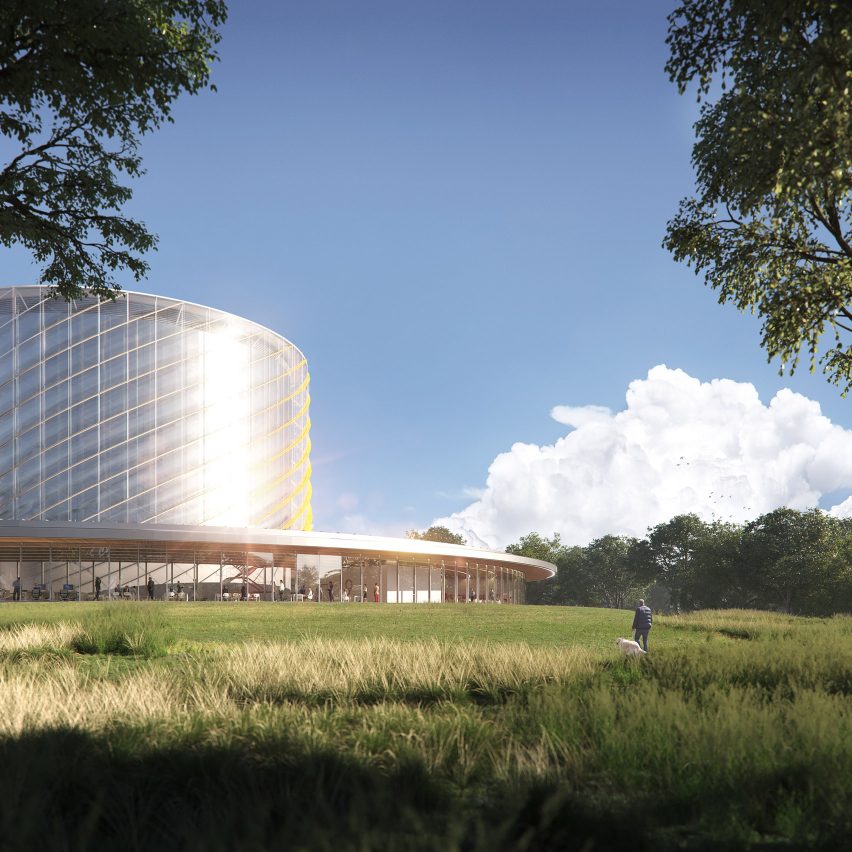 This week on Dezeen, the design for a prototype power plant that is set to be built in the UK was unveiled by architect Amanda Levete’s firm AL_A.

Named the Fusion Demonstration Plant, the structure will be built on the UK Atomic Energy Authority’s campus to prove the viability of Canadian energy company General Fusion’s nuclear fusion technology.

This week also saw Dezeen commit to becoming a net-zero business within the next four years as the conclusion to our carbon revolution series.

“We intend to become net-zero by 2025, which is 25 years ahead of the 2050 deadline set by the Paris Agreement,” explained Dezeen founder and editor-in-chief Marcus Fairs.

In other carbon news, visuals of a building that is being constructed from carbon-fibre-reinforced concrete were revealed.

Designed by German architecture firm Henn, The Cube is billed as the “world’s first building made of carbon concrete”.

In America, the Heatherwick Studio-designed Vessel viewpoint in New York was forced to temporarily close after a fourth person committed suicide at the structure.

The attraction had recently reopened following four months of closure after new measures intended to prevent suicides were introduced.

Following the huge interest in this Bamboo sports court in Bali, we rounded up 10 impressive bamboo buildings from Dezeen’s archive.

We also took a look at more of the most interesting and colourful basketball courts from around the world after a number of the vibrant sports facilities were recently unveiled.

Popular projects this week include a black concrete home in rural Australia, a house in Tokyo wrapped in metal mesh and a metal-mesh curtain designed by Kengo Kuma for Gaudí’s Casa Batlló.

Our lookbooks this week focused on homes designed to showcase art and eye-catching hotel bedrooms.

The post This week Amanda Levete revealed a design for a fusion power station appeared first on Dezeen.