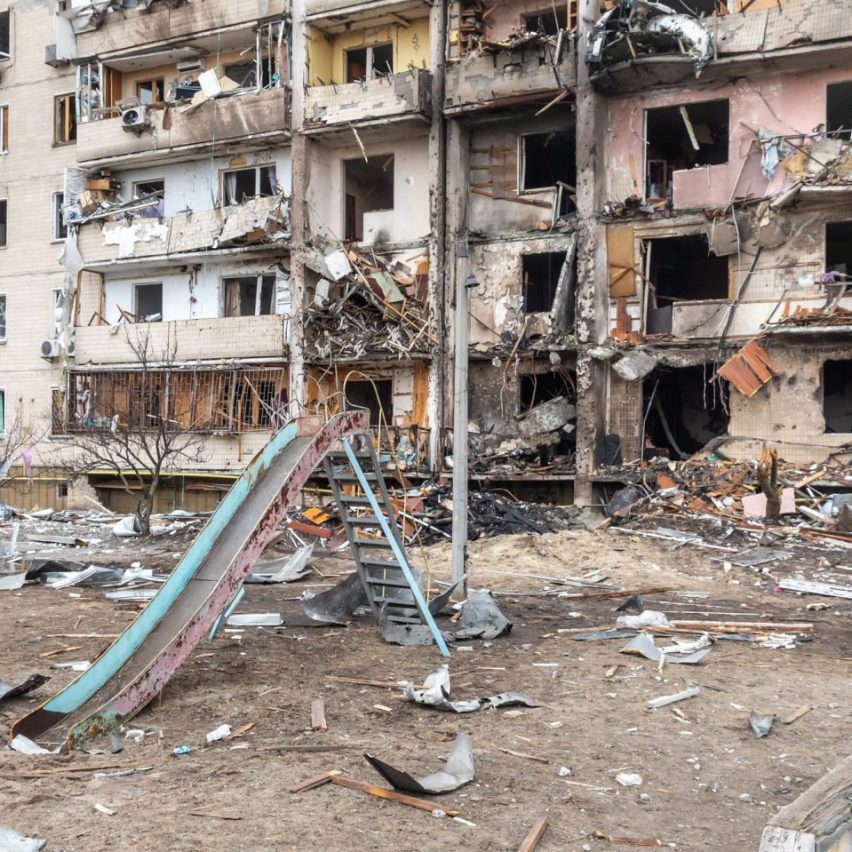 This week on Dezeen, we covered the reaction to the war in Ukraine, which has led to studios withdrawing from projects in Russia and the country being condemned by architects and designers.

In response to the invasion of Ukraine by Russia, which began on 24 February, more than 6,500 Russian architects, designers and urban planners signed an open letter to “demand the immediate end of violent war”.

Several architecture studios made the decision to stop working in the country, with Dutch studio MVRDV halting work on all five of its projects in Russia, including its Red7 tower in Moscow (pictured).

A wide range of architects, designers and cultural institutions, including fashion designer Giorgio Armani, also showed their solidarity with Ukraine.

In the virtual world, Danish architecture studio BIG revealed its design for its first building in the metaverse.

Designed to “restore gender equality to the cosmos”, the ship aims to challenge the convention of phallic spacecraft design.

A motorist was injured when rapidly warming weather caused a chunk of ice to fall from the SHoP Architects-designed building.

In London, the shortlist was named for this year’s Don’t Move, Improve! competition, which aims to find the city’s best home renovation.

In total 15 homes were recognised, including a pastel-hued extension with Romanesque arches (pictured) and a converted artist’s studio.

Popular projects this week included an apartment in a former pub in Hoxton, a high-rise church in Taiwan (pictured) and a mid-century home in Phoenix.

The post This week architects and designers responded to Russia's invasion of Ukraine appeared first on Dezeen.