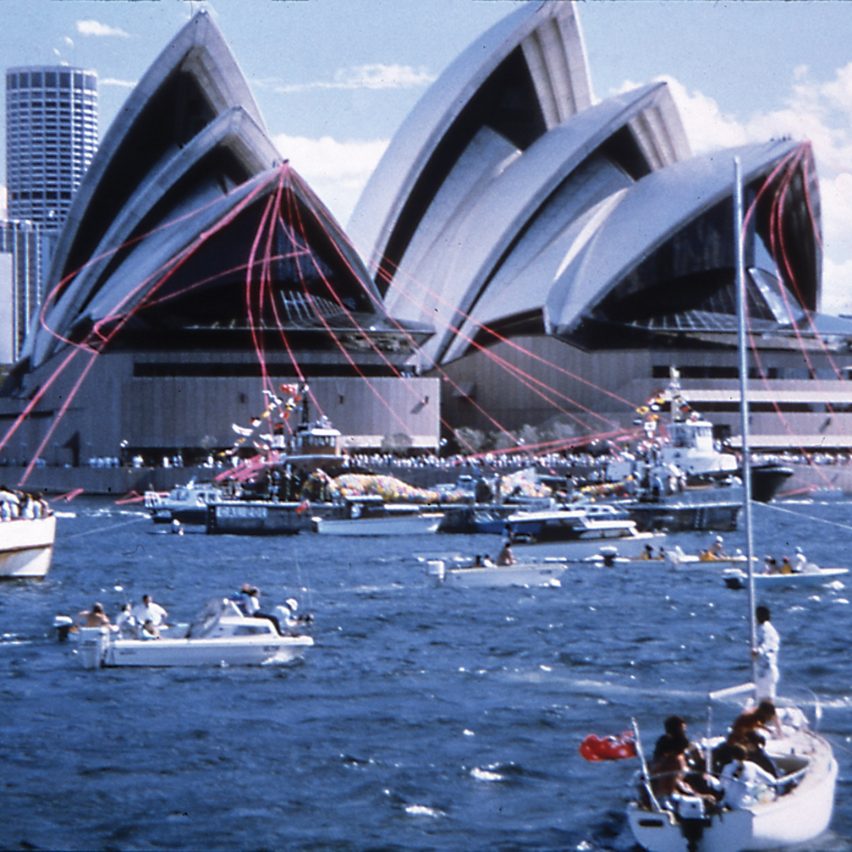 This week on Dezeen, we rounded up 20 of the most interesting buildings that Queen Elizabeth II has inaugurated during her 70-year reign.

To mark the Queen’s Platinum Jubilee this weekend, we looked back at the most significant buildings the regent has opened, including Coventry Cathedral, the Barbican Centre and the Sydney Opera House, alongside parliament buildings in Scotland, Wales, Australia and New Zealand.

We continued our series exploring deconstructivist architecture by looking at Frank Gehry’s radical extension of his own home in Santa Monica, which was included in the seminal 1988 Deconstructivist Architecture exhibition.

We also interviewed Mark Wigley, who curated the exhibition and told Dezeen that the show didn’t set out to define an architectural style but aimed “to rock the boat”.

In architecture news, Dutch studio MVRDV connected the roof of a series of buildings in Rotterdam with a 600-metre-long orange walkway.

“We should not only occupy our roofs and make them greener but also connect them so that we can offer Rotterdammers a new rooftop park,” said MVRDV co-founder Winy Maas.

Ahead of Milan design week, which begins next week, we previewed 12 unmissable exhibitions and installations that will be on show as part of the event. This year’s must-sees include a feminist exhibition and an installation by an Academy Award-nominated director.

Dezeen will be presenting a series of talks and videos at the design festival in partnership with a host of international brands including Swedish furniture company IKEA, design brand Moooi and appliance manufacturer Gaggenau.

“Her work has a strong social commitment that brings together generosity, beauty, ecology and inclusivity,” said the award’s chairperson Farshid Moussavi.

In design news, Van Geest Design and Rob Doyle Design revealed a concept for a trimaran that could be the “world’s first zero-emission superyacht”.

Popular projects this week included a miniature art gallery that was added to a south London home, a Ricardo Bofill-informed hotel in Barcelona and a Scottish home clad in red aluminium.

Our most recent lookbooks showcased homes with French doors and tranquil garden studios designed for work and play.

The post This week we revisited buildings opened by the Queen to mark her Platinum Jubilee appeared first on Dezeen.