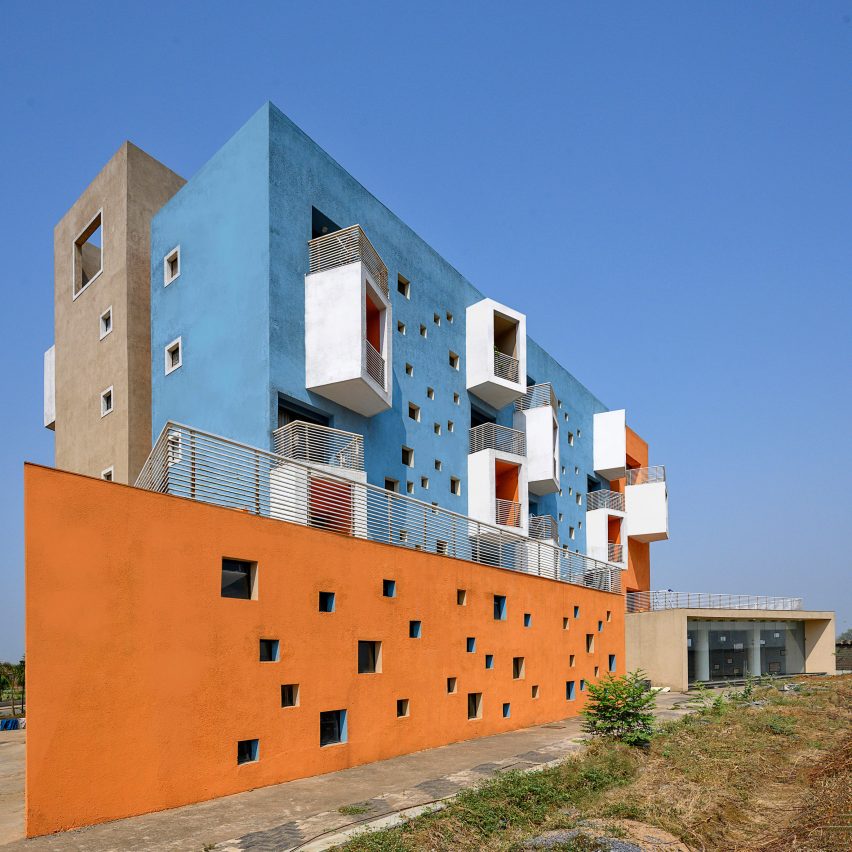 Called Shree Town, the project is a cluster of vibrant apartment buildings designed in pink, blue, orange and peach concrete by the Mumbai-based firm.

The residential complex is arranged across 24,281 square metres in a large, landscaped park just outside of the city of Raipur and has been developed as housing for employees of the cement plant Shree Cement.

The “organic” layout of the buildings takes cues from the configurations of old Indian villages and cities, according to Sanjay Puri Architects.

“Colour plays an important role in the project, with different colour combinations used to identify the different building typologies within the housing,” said the firm.

“Vibrant colours are an integral part of traditional festivals, clothing, ornaments, housing and food in India.” 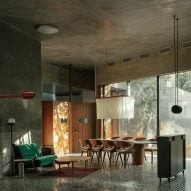 Shree Town was designed with the local climate in mind, which can see temperatures remain at over 35 degrees Celsius for eight months of the year.

In order to tackle this, each apartment features cross ventilation throughout, while their balconies are also covered in order to offer shade from the sun at all times of the day.

The architecture firm also added central sheltered courtyards to each building, as well as lush gardens in between each block.

Sanjay Puri Architects created a sewage treatment plant within the complex where all of its water is recycled and reused.

The firm explained that an “extensive” rainwater-harvesting system was also integrated into the project, which it says is “self-sufficient”.

“Shree Town is a contextual housing project that is sustainably designed to respond to the climate, imbibing traditional planning principles and cultural responses,” it concluded.

Founded in 1992, Sanjay Puri Architects has completed a number of projects in India that seek to cater to the needs of their locations.

These include a school in Indore with an accessible stepped green roof and another school in Rajasthan featuring beams that shade walkways from the desert sun.

The images are courtesy of Sanjay Puri Architects.