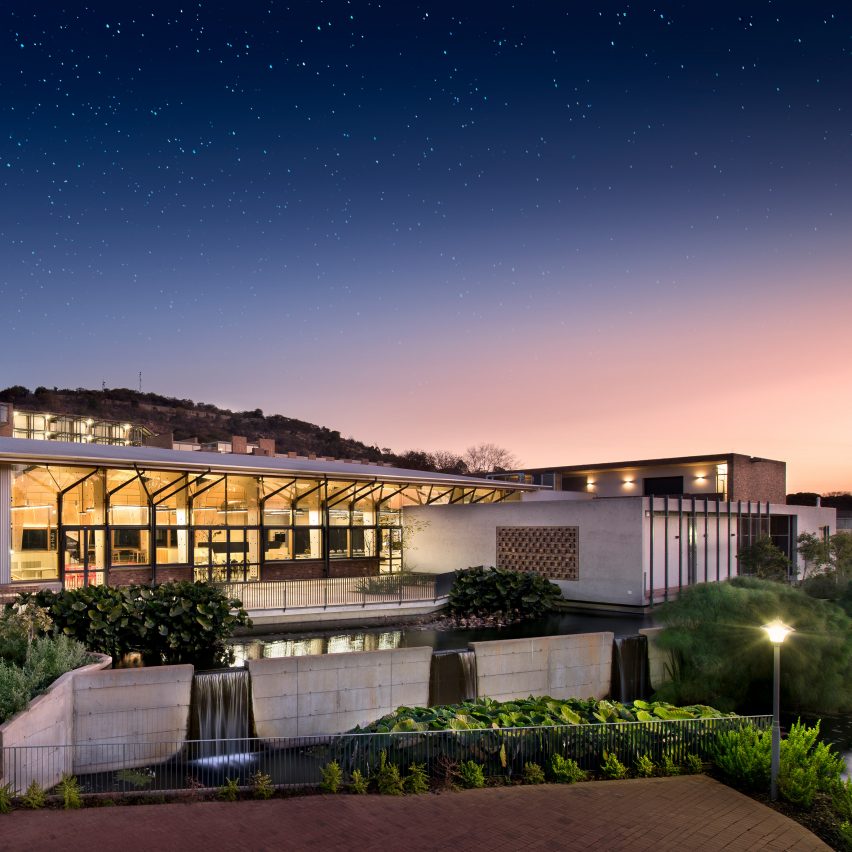 As part of Graphisoft’s Building Together 2022 digital conference, Dezeen is teaming up with the design software company to host a live talk exploring digitalisation in architecture. Watch live from 3:15pm London time.

Moderated by Dezeen’s chief content officer Benedict Hobson, the talk will hear from three architects who work with digital tools in different ways.

The talk will explore trends and future directions in building modelling information, the different ways in which architecture is being transformed by digital tools, and how they can be used to enhance collaboration.

The event is part of Graphisoft’s Building Together conference, a three-day digital event exploring the trends and best practices shaping architecture, engineering and construction. Click here to watch the other talks in the programme.

Hughes is the founder and principal of New York firm KURV Architecture, which was launched in 2017 by Hughes and his founding partner Karim Rashid.

Nkosi acts as candidate architectural draughtsperson at Earthworld Architects, a South African practice with offices in Cape Town and Pretoria.

She has 15 years of experience working with Graphisoft’s Archicad software and uses it to realise Earthworld Architects’ projects.

Kuhnlein has worked across a number of roles at Graphisoft since joining the company eight years ago, and currently acts as its client success director for North America.

Prior to joining Graphisoft she was a practicing architect, primarily focussing on educational buildings.

This talk was produced by Dezeen for Graphisoft as part of a partnership. Find out more about Dezeen partnership content here.

The post Watch a live talk on digitalisation in architecture with Graphisoft appeared first on Dezeen.