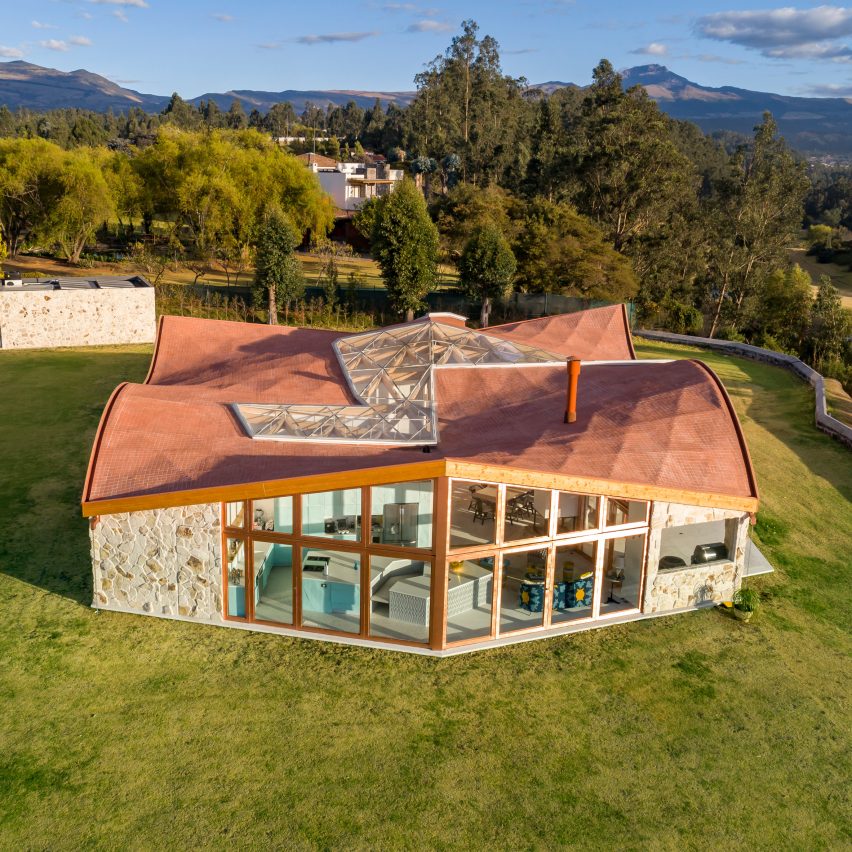 Ecuadorian studio Leppanen Anker Arquitectura took cues from traditional haciendas to create a sculptural house in the Andes Mountains that is made of stone, wood and clay.

The Selva Alegre Residence sits in the Los Chillos Valley of the Andes Mountains. It was designed as a holiday home for a couple and their three children, although it became their full-time residence during the coronavirus pandemic.

Exterior walls consist of white and beige stone cladding, along with large stretches of laminated glass that provide views of the terrain. 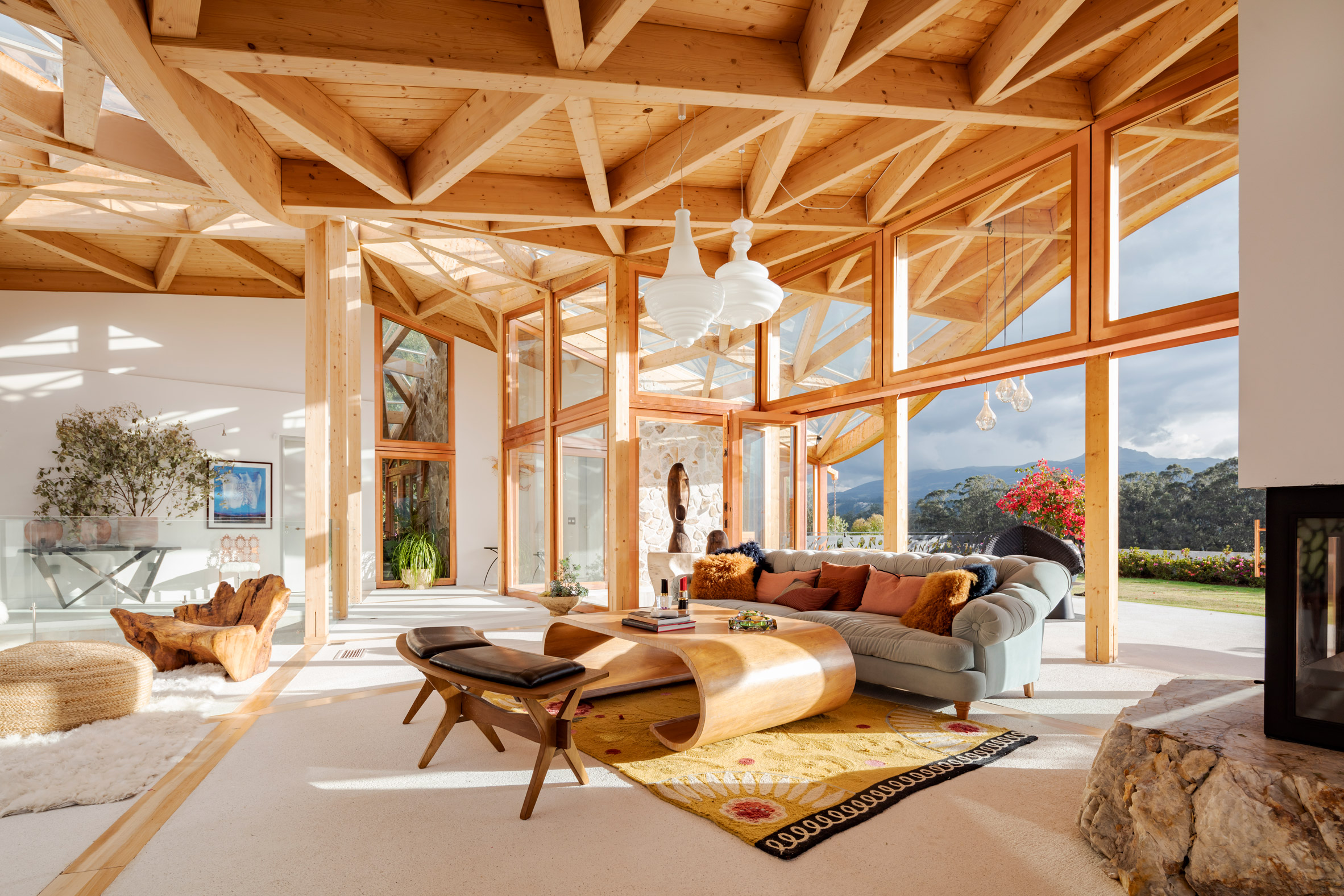 “In the design criteria, there was an emphasis on 360-degree views, so one could experience the dynamic relationship between the sun and mountains throughout the entire house,” said Leppanen Anker Arquitectura, a studio based in Quito.

The overall design is meant to be a modern take on historic Spanish haciendas, which dot the mountainous region stretching from Columbia to Peru.

“Our concept was to return to the roots of the hacienda in terms of form and material,” the studio said.

Traditional haciendas — some of which are 300 years old — were typically made of wood, stone and clay tiles. Interior spaces were filled with colourful artefacts that were passed on through the generations.

“The traditional hacienda in Ecuador was meant to bring families and friends together in a lodge-like setting,” the studio said.

Over time, however, the hacienda morphed into boxy structures made of concrete and stucco, with asphalt for roofing. These modifications “changed the experience” of the hacienda, the architects said.

“The modern block-and-concrete box became prevalent for the sake of efficiency and lack of perspective,” the architects said. “The relationship between the built structure and surrounding mountains has faded over time.”

The team opted to revive the use of sculptural forms and earthy materials to counter “the coldness of the existing hacienda experience”.

The Selva Alegre Residence residence is approximately 20 by 20 metres, and its height ranges from 3.5 to 6.5 metres.

The home has a distinctive, undulating roof covered in local clay tiles. Fascias consist of beams that stretch up to 24 metres in length.

“The rooflines of the historic hacienda were of great importance, giving a strong feeling of grandeur from inside and out,” the team said.

The home’s walls and roof structure – which are prefabricated – are made of spruce. The team had hoped to use local wood, but a lack of sustainable options in the region led them to northern Europe, “where prefabricated timber systems proved to be the answer”.

A computer numerically controlled (CNC) saw was used to cut all of the wooden beams and structural studs, including the joints, notches and connections. 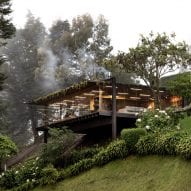 “To help this complex process, we developed a working parametric 3D model that was shared between architects, engineers, fabricators and the assembly team,” the firm said.

“This allowed for the 500-plus structural pieces to be assembled in a matter of six weeks.”

The walls rise up from a 20-centimetre-tall aluminium base to eliminate humidity concerns. Structural studs are clad with oriented strand board (OSB) and filled with mineral wool insulation.

The building is on a raised concrete slab with a crawl space, where all of the plumbing, mechanical and electrical equipment is housed.

Within the dwelling, there is a central division between the public and private areas.

One side encompasses the private areas – the main suite and two bedrooms – while the opposing side holds the communal spaces. The two sides are connected by a bridge that passes over an indoor, marble-lined swimming pool.

Above the pool, a large, z-shaped skylight provides natural illumination. Portions of the skylight can be opened to bring in air and push out heat.

Like the exterior, the rooms feature earthy materials that help tie the home to the landscape. The wooden ceiling structure was left exposed, and floors are covered with either eucalyptus or white stone.

“The interiors follow the initial concept, with beautiful modern textures and material artefacts that balance and activate the architectural space,” the team said.

“The final result is a delicate balance of stone and glass that is blanketed by an energetic yet comforting wood structure,” the team said. “The home is truly complementary to the mountains that surround it.”

Other Ecuadorian houses include a concrete house by Felipe Escudero that is organised around a courtyard with a lone magnolia tree and a dwelling by Al Borde that features rammed earth walls and a glass-enclosed outhouse.

The photography is by Bicubik unless otherwise stated.