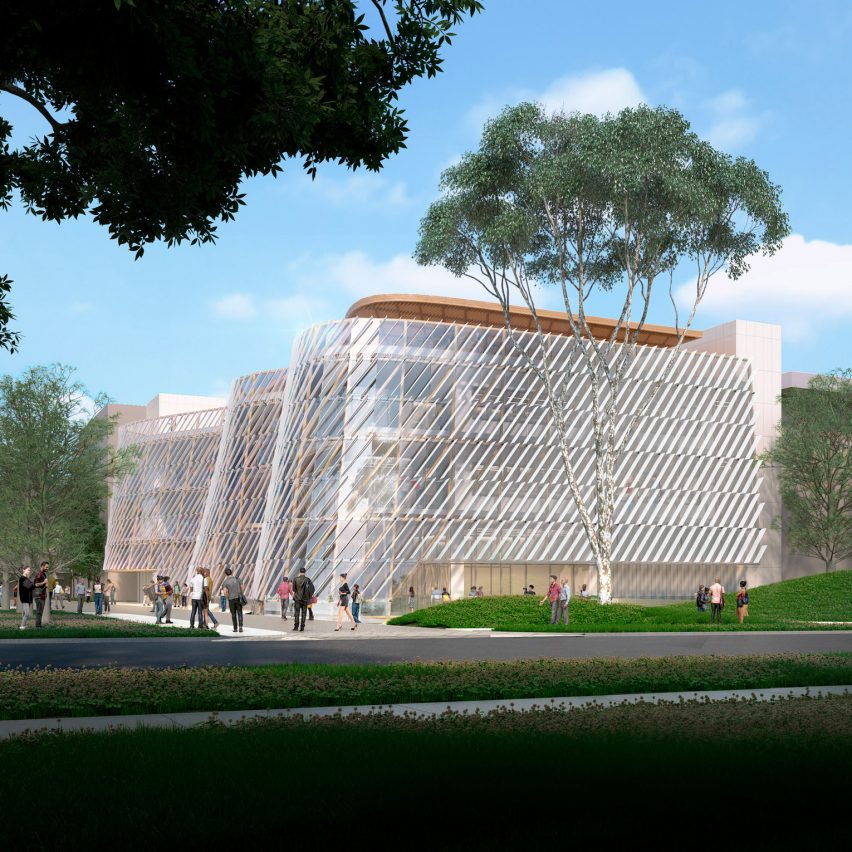 LA-based Yazdani Studio has broken ground on the Resnick Sustainability Resource Center at the California Institute of Technology in Pasadena that will incorporate mass timber.

Resnick Sustainability Resource Center will be an 80,000-square-foot (7,432-square-metre) complex on the California Institute of Technology (Caltech) campus in Pasadena, a city to the northeast of Los Angeles.

Yazdani Studio developed the design for the centre, which will act as a multi-disciplinary hub for the advancement of research into climate change solutions.

“The Resnick Center will be a maker space for scientists and a dynamic hub for critical research in the most pressing climate and sustainability challenges we face,” said Yazdani Studio director Mehrdad Yazdani.

“In the building’s core, key spaces include a biosphere engineering facility, a solar science and catalysis center, a remote sensing center, a translational science facility, teaching labs, and lecture and interactive learning spaces.”

The structure will be sited on the east side of the campus and part of the design mission was to integrate a certain amount of transparency to the public as part of a gesture of Yazdani Studio’s goal to have “science on display”.

The Dezeen guide to mass timber in architecture

This will be achieved by means of a glazed wall that will wrap around the front facade of the structure at the north and west elevations. It will have aluminium fins turned to provide some shade from direct sunlight.

“The glass curtain wall and atrium bring incredible amounts of natural light into the building,” said Yazdani. “Even a basement level connected to the atrium will benefit from the natural light.”

Behind this glass wall will be a double-height atrium space, which will hold the building’s “social and collaborative spaces,” according to Yazdani Studio.

Between the glass curtain and the occupiable internal spaces of this atrium will be a gridded “shell” of glued-laminated timber (glulam) with steel ends and gusset plates.

This detail of the design gestures to the unseen structural aspects of the building that also incorporate mass timber. 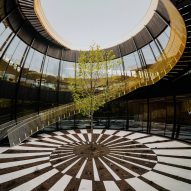 These aspects include rectangular glulam columns that form the superstructure for the east and west sections of the building that support concrete-topped cross-laminated timber panels for the floors and roof decks.

The studio decided to put the utilities including the staircases and mechanical shafts on the flanks of the building “so that its rectilinear core of laboratory spaces can stack uninterrupted and be easily reconfigured,” according to Yazdani.

He also noted that the design calls for the planting of 40-50 trees around the perimeter as well as landscaping made up of “native, drought-resistant flora.”

Other projects in the works that incorporate mass timber include Adjaye Associates’ planned apartment complex on the Toronto waterfront.