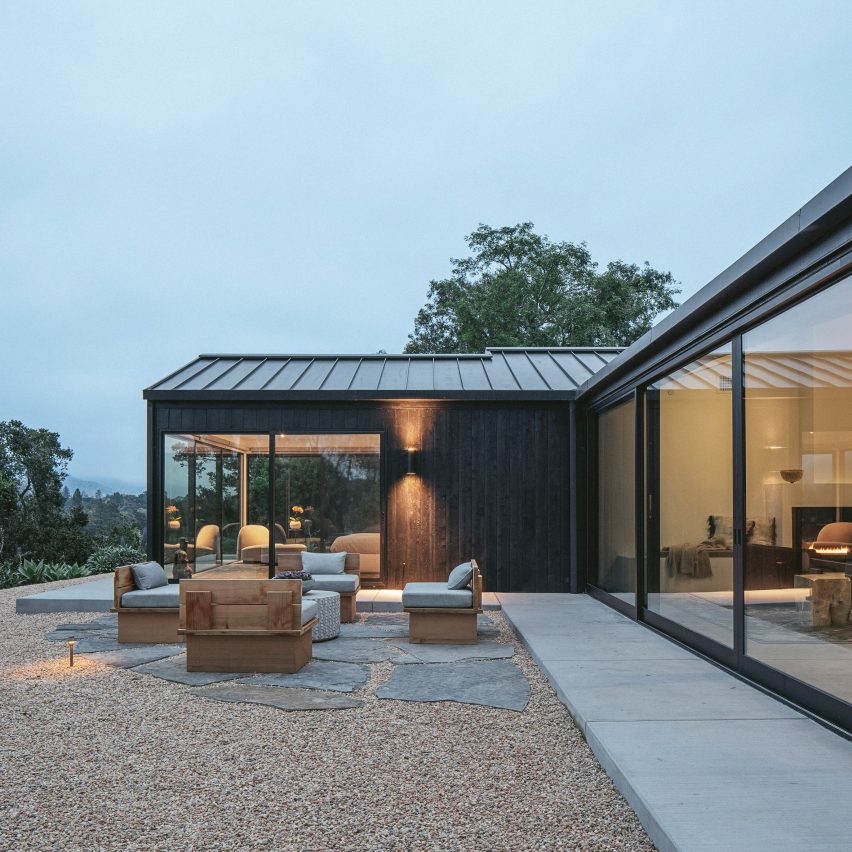 Blackened wood and large stretches of glass form the exterior of a 1970s home that has been renovated by American studio Anacapa Architecture.

The Vista Residence sits in the hills of Montecito, a coastal town in central California.

Anacapa Architecture, a studio located in the nearby city of Santa Barbara, was tasked with updating a single-storey, 1978 house that was designed by an unknown architect.

Over the years, the 2,500-square-foot (232-square-metre) dwelling had become dated. It also failed to embrace the scenic landscape.

“In general, the home felt outdated and lacked a true connection to its amazing surroundings,” the team said.

Working closely with the clients – an opera singer and a talent manager – the architects focused on interventions that would open the house up to the environment.

On the exterior, board-and-batten siding was replaced with wood that was charred using Shou Sugi Ban, an ancient Japanese technique. The clients assisted with the weathering process.

The home’s gabled roof was replaced, as were all of its doors and windows. On the north elevation, expansive glass openings were installed to provide generous views of the Santa Ynez Mountains.

Within the home, which is roughly T-shaped in plan, the team sought to create a brighter and more fluid atmosphere. In addition to a public zone, the house has a main bedroom, a guest bedroom and an office.

Notable changes included opening up the closed-off kitchen, the removal of dropped ceilings, and the relocation of a hearth. 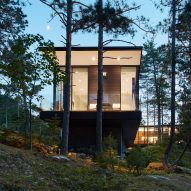 “The existing fireplace was awkwardly placed in line with the front door,” the team said. “We moved the fireplace to take advantage of the views as soon as you walk in.”

Interior finishes, such as vinyl flooring and wood cladding, were replaced with concrete and smooth gypsum siding.

“We opted for a fairly minimal palette to further emphasize the home’s surroundings,” the team said.

To furnish the home, the architects worked with local studio Bailey Peace Design. White-painted rooms are adorned with comfy decor in neutral colours, including a plush grey sofa and soft, rounded armchairs.

The project also entailed updates to a guest house, which sits just above the main dwelling.

Anacapa Architecture was founded by architect Dan Weber in 2008 and took on its current name in 2016.

Other projects by the studio include a low-slung home in Santa Barbara that was designed for a young entrepreneur, and a luxury campground in Sonoma County with customised tents and trailers.

The photography is by Erin Feinblatt and Betsy Peace.