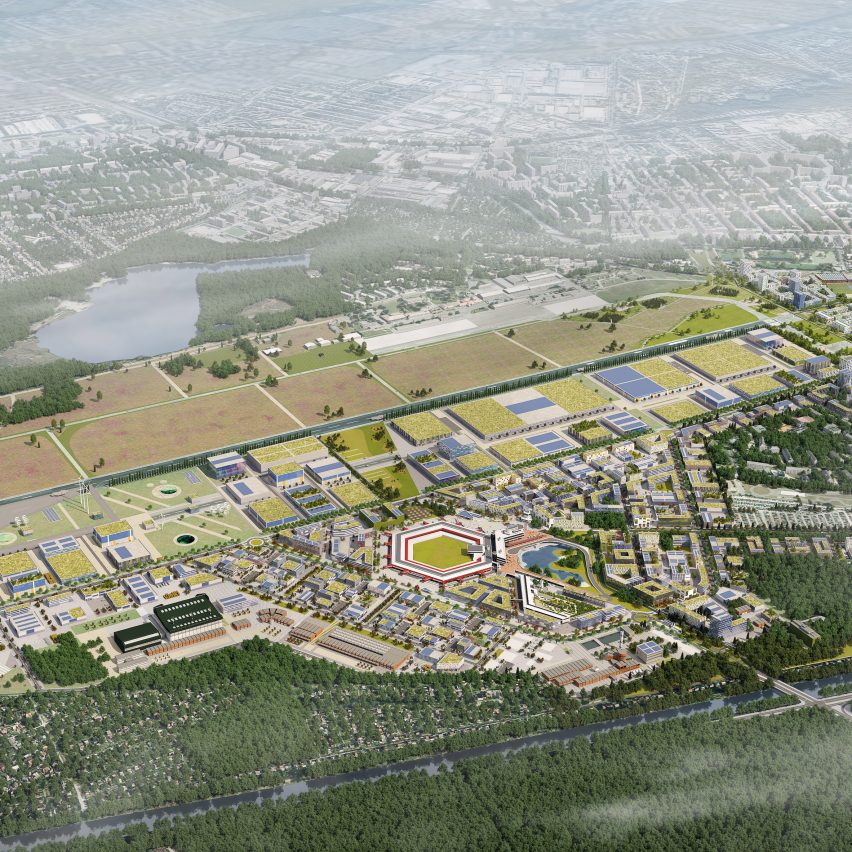 Construction is set to begin on the redevelopment of Berlin‘s former Tegel Airport into a technological research hub, residential district and nature reserve in the northwest of the city.

Named Berlin TXL – the Urban Tech Republic (Berlin TXL), the development will include a research park, landscaped area and Schumacher Quartier – a car-free residential district that will house up to 10,000 people.

Construction on the five-square-kilometre site will begin later this year, with completion of the first residential district scheduled for 2027.

The project is led by the State of Berlin, which commissioned Tegel Projekt with the development and management of Berlin TXL and Schumacher Quartier.

Tegel Projekt calls Berlin TXL “a unique initiative in Europe” and aims for it to provide a sustainable model for modern urban cities that face a housing crisis.

“This new blueprint for future city living will become available in the neighbouring areas from now on,” said the company. “Berlin TXL – The Urban Tech Republic is a unique initiative in Europe at the present time, if not in the whole world.”

“In Berlin, as in many other cities, there is a shortage of affordable housing,” said Tegel Projekt GmbH chief executive officer Philipp Bouteiller in a statement. “This causes people with lower incomes to be pushed out of the inner cities.”

“Our vision is different: Berlin TXL should not be a place for a high-income clientele only, but a sustainable, liveable space for people of all ages and regardless of their income,” Bouteiller added.

The company says Schumacher Quartier – which will be located to the west of the airport tunnel – is an environmentally friendly, smart city.

When complete, the residential area will have diverse housing options, with 10 per cent of residential units reserved for student housing. 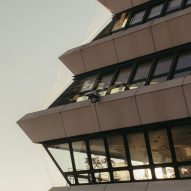 The development would include schools, daycare centres, shopping facilities and public spaces while a “low-energy network” would supply Berlin TXL with sustainable heating and cooling.

The car-free district will also have its own bicycle lanes and bicycle highways, building on a campaign by Berlin Autofrei to make Berlin’s centre the largest car-free urban area in the world.

“In the Urban Tech Republic around 1,000 large and small businesses with 20,000 employees will work in research, development and production,” explained Tegel Projekt.

“The green technologies of the future that are developed and produced in the Urban Tech Republic will be used in Schumacher Quartier.”

Nearly half of the entire space will be set aside as a nature reserve, with Grün Berlin responsible for the landscape development.

The brutalist Tegel Airport, which was given landmark status in 2019 was on the brink of closure since 2011 while the city waited for the arrival of Berlin Brandenburg Airport, which was postponed due to a series of successive delays. It eventually closed on 30 October 2020.

Images of the original airport, which was built almost entirely in concrete and metal, were captured by photographers Robert Rieger and Felix Brüggemann in a book entitled Flughafen Tegel.

Tegel Airport is not the only airport in Berlin to undergo a transformation. The city’s Tempelhof Airport which served as an airport from 1927 to 2008 has been used as a recreational space and design fair site as well as Germany’s largest refugee camp.

The renderings courtesy of Tegel Projekt.