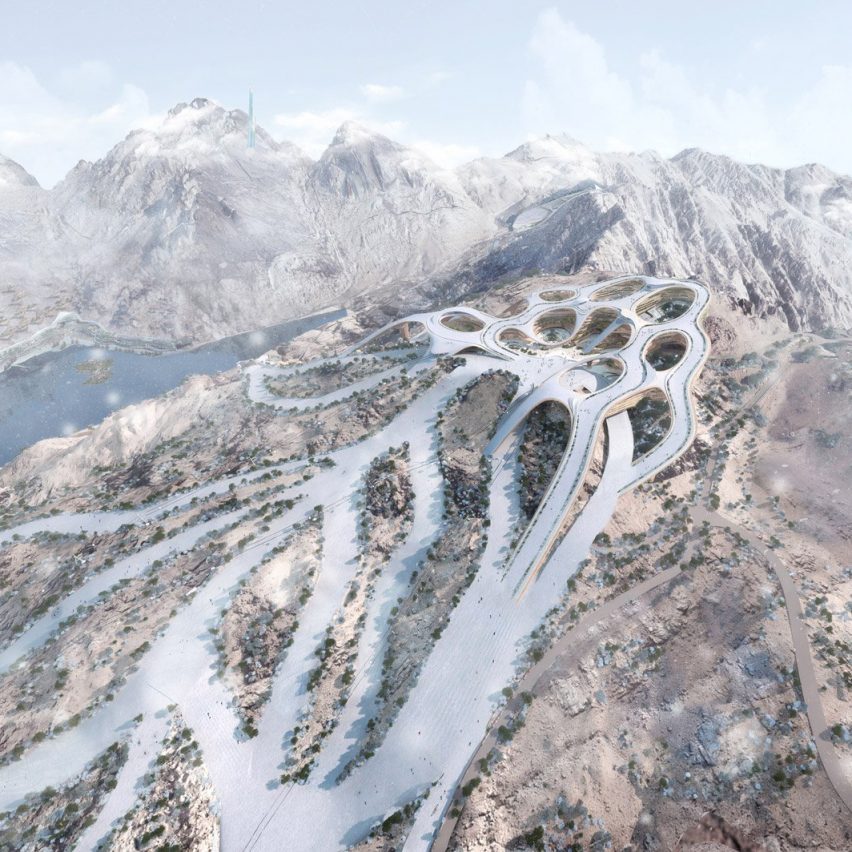 The latest edition of our weekly Dezeen Agenda newsletter features Saudi Arabia’s plan to host the Asian Winter Games at its Neom development in the desert. Subscribe to Dezeen Agenda now!

Saudi Arabia announced it has won the right to host the 2029 Asian Winter Games at its planned Trojena resort, set to be designed by architects from around the world including Zaha Hadid Architects, UNStudio, Aedas, LAVA and Bureau Proberts.

The Trojena resort is one of 10 regions being developed as part of Saudi Arabia’s Neom region. It will be connected to The Line mega city, which is being built as another major component of the Neom development.

The 2029 games will be hosted at a 60-square-kilometre skiing and outdoor activity resort that is set to be completed in 2026 as part of Neom. It will be the first location in Saudi Arabia where outdoor skiing will be possible.

Other stories in the latest newsletter included Wilkinson Eyre’s redeveloped Battersea Power Station, MAD Architect’s “earth-sheltered” Quzhou Stadium in China and a roundup of protest graphics by designers in solidarity with Iranian women.

Dezeen Agenda is a curated newsletter sent every Tuesday containing the most important news highlights from Dezeen. Read the latest edition of Dezeen Agenda or subscribe here.

You can also subscribe to Dezeen Debate, which is sent every Thursday and contains a curated selection of highlights from the week, as well as Dezeen Daily, our daily bulletin that contains every story published in the preceding 24 hours on Dezeen.