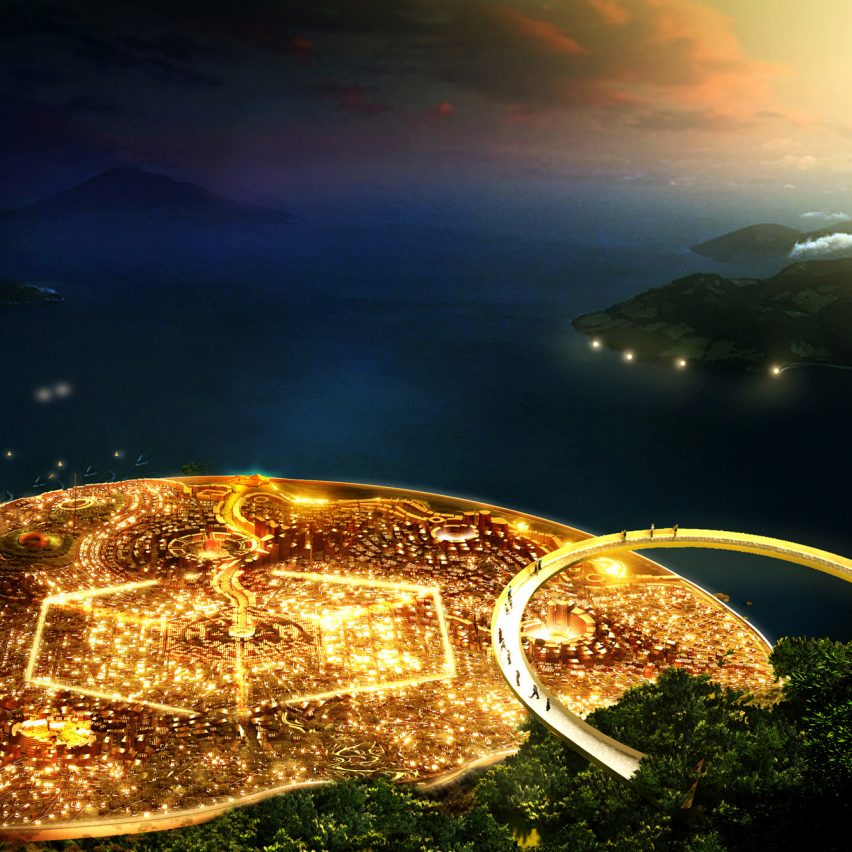 El Salvadorian president Nayib Bukele has unveiled architecture studio FR-EE‘s designs for a cryptocurrency-funded city that is planned to rise up the side of a volcano in the south of the country.

Bukele revealed a model of the city in a tweet alongside the caption “#Bitcoin City is coming along beautifully” earlier this week.

Set to be built on the Gulf of Fonseca on the southern coast of El Salvador, the proposed city would be funded by the sale of a Bitcoin bond and powered by geothermal energy from the nearby Conchagua volcano.

The circular city, which takes its form from the shape of a bitcoin, was designed by Mexican architect Fernando Romero, founder of architecture studio FR-EE.

#Bitcoin City is coming along beautifully

The golden model shows a concentric city that radiates out from a central plaza marked with the bitcoin logo.

Bukele also revealed images of several landmark buildings that would be built in plazas alongside the caption “Landmarks and all…” and images of a rounded airport.

The circular city was designed by Romero, who previously collaborated with Foster + Partners to design the Mexico City airport.

The overall city plan bears a resemblance to his studio’s proposal for a binational city spanning the US-Mexico border, which was unveiled in 2016.

Although the model was a golden colour, Bukele reassured people that the city would not be entirely gold by also sharing a selection of realistic renders. He also revealed that a viewpoint would be built at the top of the volcano. 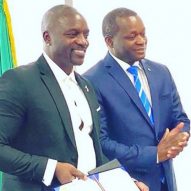 Akon finalises deal to create his own cryptocurrency city in Senegal

“No, the city won’t be made up of golden metal; that is just the architect’s choice of color for the scale model,” he explained.

“The actual city will be mostly green (trees) and blue (sea),” he continued. “With a beautiful lookout in the volcano.”

To finance the city El Salvador intends on issuing a $10 billion bond that will be half invested in Bitcoin and half in building the city’s infrastructure.

Bitcoin City would be powered by geothermal energy from the volcano, which would also be used to mine bitcoin. Bitcoin mining – the process of creating the digital currency – is extremely energy-intensive.

No details on a planned timescale have been released by the El Salvadorian government.

Bukele is not the only person exploring the creation of a city powered by cryptocurrency. In 2020 singer Akon signed an agreement with the government of Senegal to build a city with a cryptocurrency-based economy named Akon City.