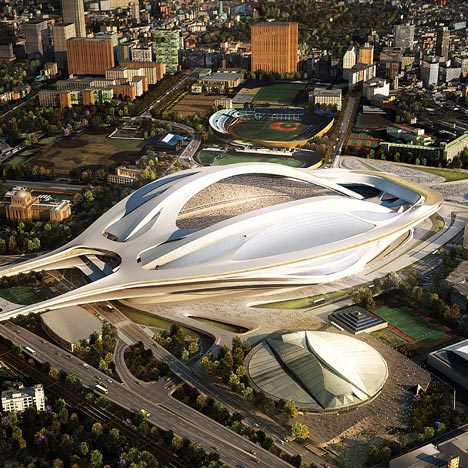 The Tokyo 2020 Olympic Games went ahead successfully despite a series of controversies in the run-up, including accusations of plagiarism and greenwashing. Here are five architecture and design scandals that threatened to derail the games. 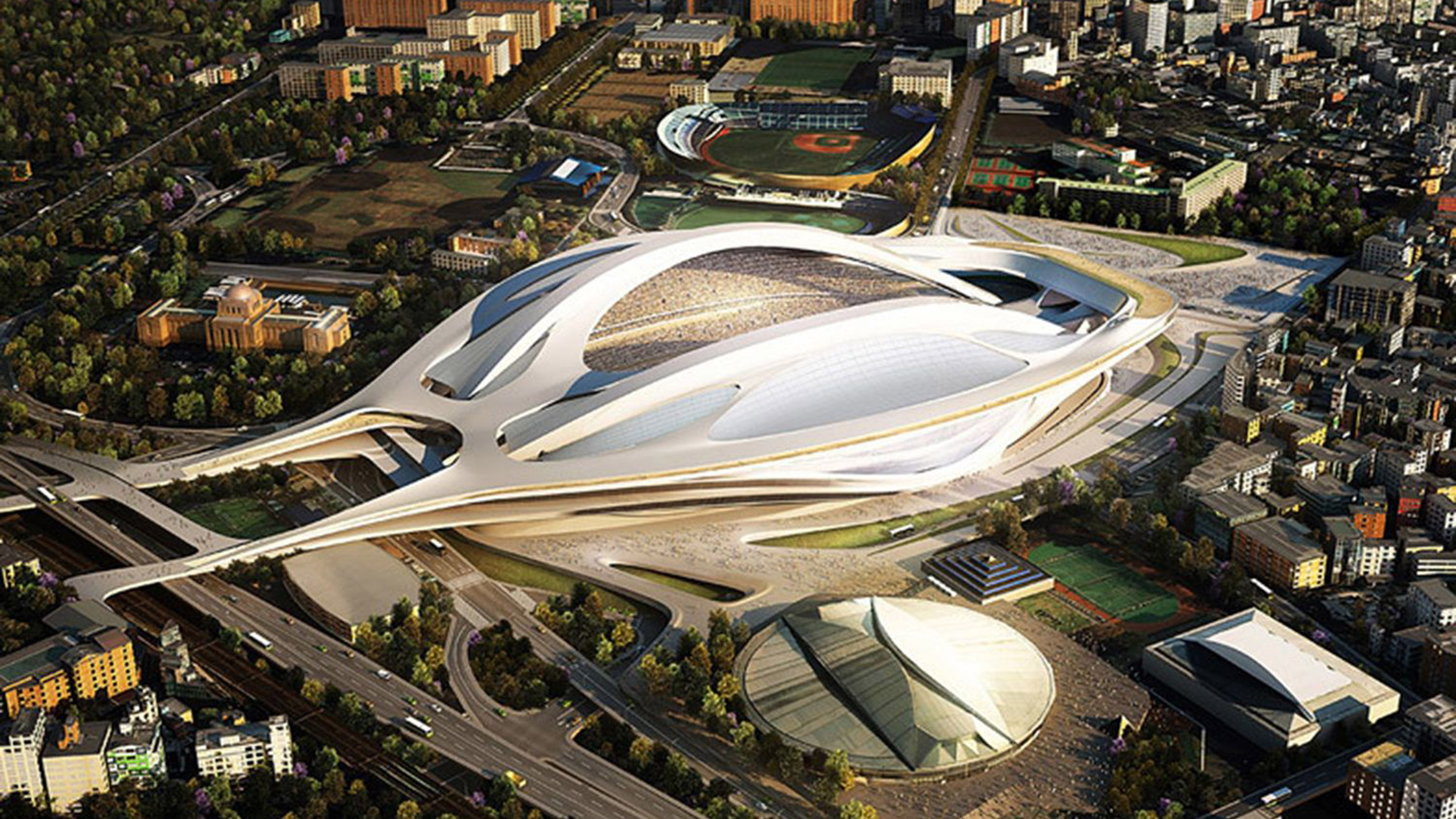 Perhaps the biggest controversy in the run-up to the games was the hiring and firing of architect Zaha Hadid as the architect of the Olympic stadium.

Zaha Hadid Architects won the competition to design the stadium in 2012. However, the proposed design (top and above) was criticised by a group of leading Japanese architects including Fumihiko Maki, Toyo Ito, Sou Fujimoto and Kengo Kuma due to its scale.

Hadid described these architects as “hypocrites”. “They don’t want a foreigner to build in Tokyo for a national stadium,” Hadid told Dezeen at the time. “On the other hand, they all have work abroad.”

Following the criticism and a budget cut, Zaha Hadid Architects submitted a proposal for a scaled-back “refined” stadium in 2014.

Despite the redesign, the controversial stadium was scrapped in 2015, with Japanese prime minister Shinzo Abe stating that he had listened “to the voices of the people” and had decided to “start over from zero” with the stadium.

A new competition was launched with designs by Kuma and Ito, who were both critical of Hadid’s original stadium chosen as the two finalists. Kuma’s design was chosen as the eventual winner.

The original logos for the 2020 Olympic and Paralympic Games also proved contentious and, like the stadium, were eventually scrapped.

Designs by Japanese graphic designer Kenjiro Sano (above) were unveiled by the event organisers in 2015 but were quickly embroiled in scandal after Belgian designer Olivier Debie accused Sano of copying his logo for the Théâtre de Liège.

Despite Sano insisting there was “absolutely no truth” in the claims, the plagiarism allegations and a lawsuit led to the organisers withdrawing the design.

A public competition was launched to source a replacement logo, which Japanese artist Asao Tokolo won with a pair of chequerboard designs. 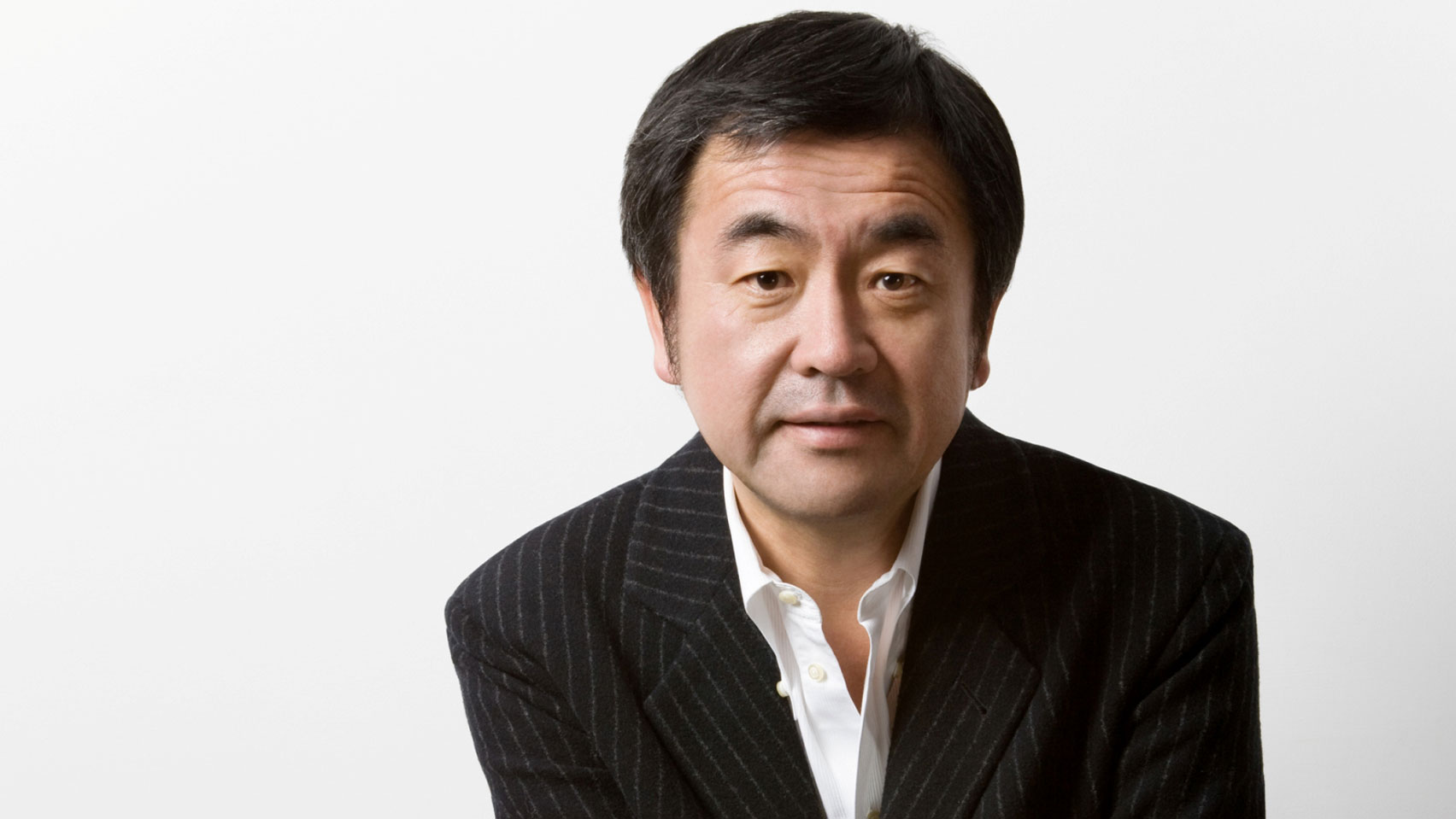 Following his victory in the competition to replace Hadid’s controversial stadium, Kuma was accused of plagiarising the original design.

According to Hadid, the new stadium had “remarkable similarities” to her own proposal with a similar shape and layout.

“In fact, much of our two years of detailed design work and the cost savings we recommended have been validated by the remarkable similarities of our original detailed stadium layout and our seating bowl configuration with those of the design announced today,” she said.

However, Kuma rubbished the claims, telling The Japan Times: “I believe if you take a look at Zaha Hadid’s design and mine, you can see very different impressions of the building.” 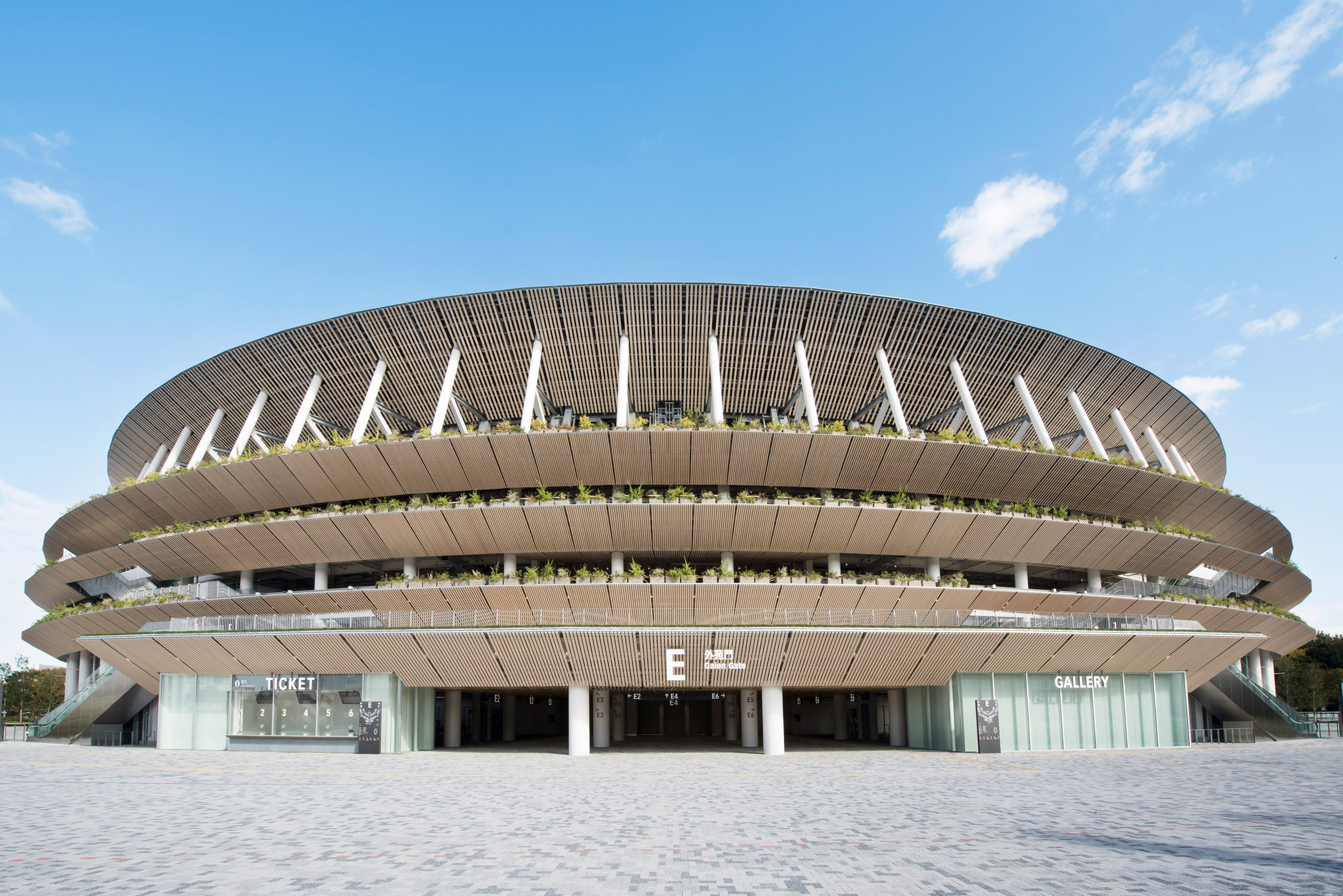 Much has been made of the use of timber in the roof and cladding of Kengo Kuma’s 68,000-seat Japan National Stadium, which was built to host the athletic events as well as the opening and closing ceremonies.

However, the Japanese government was criticised for the timber used as a mould for the concrete structure. An investigation by more than 40 charities found that the tropical hardwood being used was linked to deforestation and human rights violations.

A petition signed by over 140,000 people demanded that the government rethink its use of tropical hardwood at the stadium.

“The Olympics is supposed to be all about ‘fair play’ and ‘the youth of the world coming together’. In reality, the human rights of Sarawak’s indigenous people and the environment are being threatened by the Olympics,” said Mathias Rittgerott of charity Rainforest Rescue, who delivered the petition in Germany.

“The use of tropical timber from Sarawak on Olympic construction sites is nothing to celebrate,” she added. 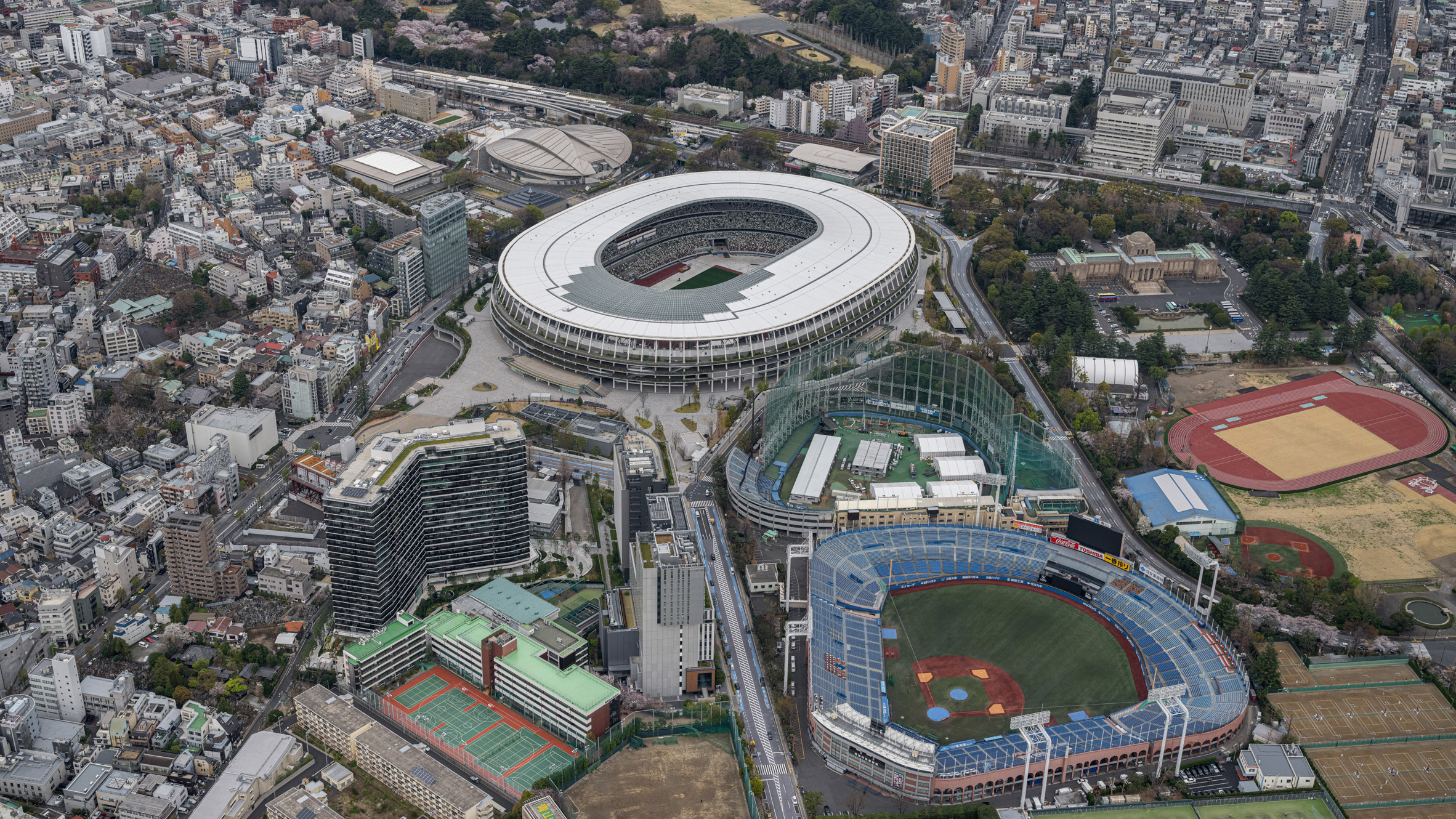 The Tokyo 2020 Olympic Games aimed to be the greenest in recent history, with a host of initiatives from recycled cardboard beds to podiums made of donated plastic designed to help the games move “towards zero-carbon”.

According to the organisers, these are the first Olympics to be carbon neutral and run entirely on renewable energy. However, a peer-reviewed study conducted by the University of Lausanne found that the Tokyo event is the third-least sustainable Olympics since 1992.

“The majority of the measures that have been included in this particular Olympics, and the ones that were particularly mediatised, have a more or less superficial effect,” said the report’s co-author David Gogishvili.

“The efforts the International Olympic Committee is making are important but they are limited and not enough. From my perspective, unless they heavily limit the construction aspect and the overall size of the event, they will always be criticised for greenwashing.”

The post Five architecture and design controversies that rocked the Tokyo Olympics appeared first on Dezeen.