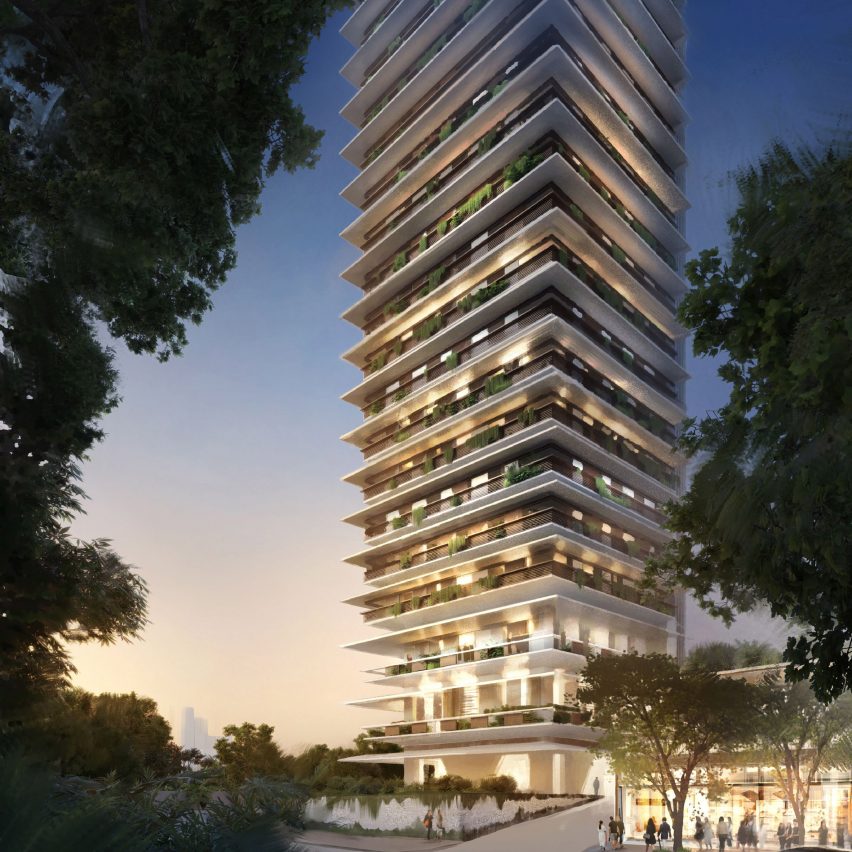 Designed to have expansive views of a golf club in central Manila, the 45-storey skyscraper aims to mitigate the city’s high temperature and humidity by using passive design strategies.

Each of the tower’s 43 apartments will occupy a whole floor and be wrapped in a veranda, shielded by a roof overhang. Foster + Partners designed the verandas to act as a “thermal buffer” and protect the interiors from direct sunshine.

Windows will be openable to create cross-ventilation, while clerestory windows were designed to let daylight into the apartments while reducing the amount of facade area that is exposed to direct sunlight.

The BWDC Residential Tower will have a centralised chilled water supply system to help with cooling for the times of the year when the passive design strategies, such as the verandas, are not enough. 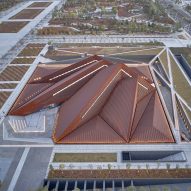 “The project also extends an adjacent park, providing the city with a new public amenity,” he added.

“The BWDC Residential Tower has been carefully designed to moderate the high temperatures and humidity of the region, delivering climate-responsive, comfortable spaces for living.”

Each of the 550-square-metre apartments in the BWDC Residential Tower will be reached by private lifts located in a semi-detached external core that is accessible via a drop-off point set underneath the building.

This core will give the lift lobbies natural ventilation and daylight, which the studio says is “significantly reducing the energy consumption of the building”.

Amenities, including a 25-metre pool, will be located on the green roof of a two-storey retail building on the site, which will also house a club, library, gym and spa.

Other recent Foster + Partners projects in Asia include the Datong Art Museum, which just completed in northern China. The studio has also unveiled its first city masterplan in Ho Chi Minh City, Vietnam.

The images are courtesy of Foster + Partners.