UK studio Interrobang has transformed the Hoover Building in west London into 66 apartments that retain many of the former factory’s original art deco features. 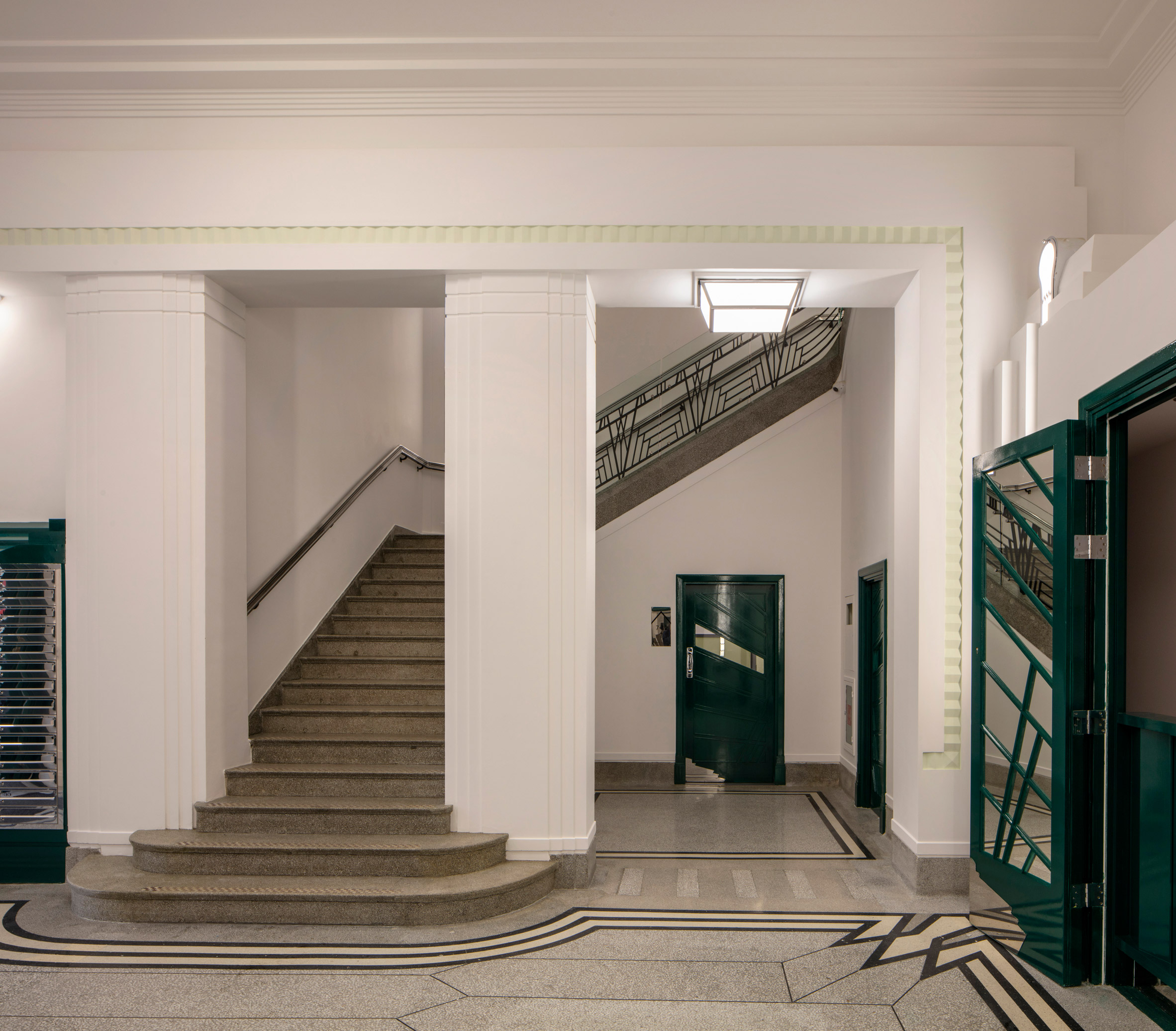 The heritage-listed building was designed by Wallis, Gilbert & Partners in 1931, and began life as the UK headquarters, manufacturing plant and repairs centre for the Hoover Company.

During its heyday in the 1930s 1,600 people were employed at the site, which was considered a model factory with regards to worker welfare. 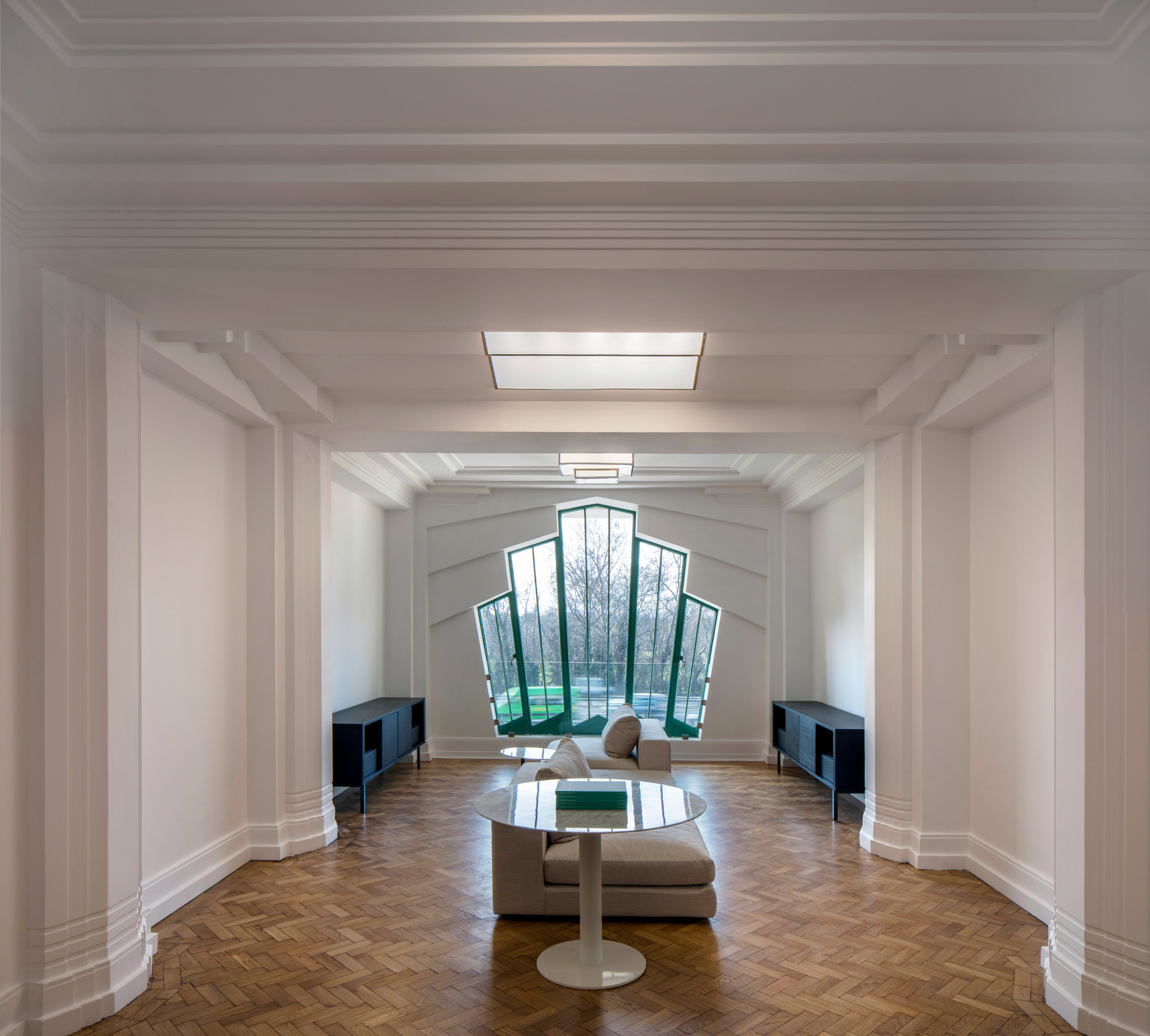 Its distinctive styling and prominent location on Western Avenue has made it a landmark for millions of people driving in and out of London along this arterial route.

The Hoover Company ceased production of vacuum cleaners at the site in the 1980s, and the building was acquired in 1989 by supermarket brand Tesco for commercial and office use. 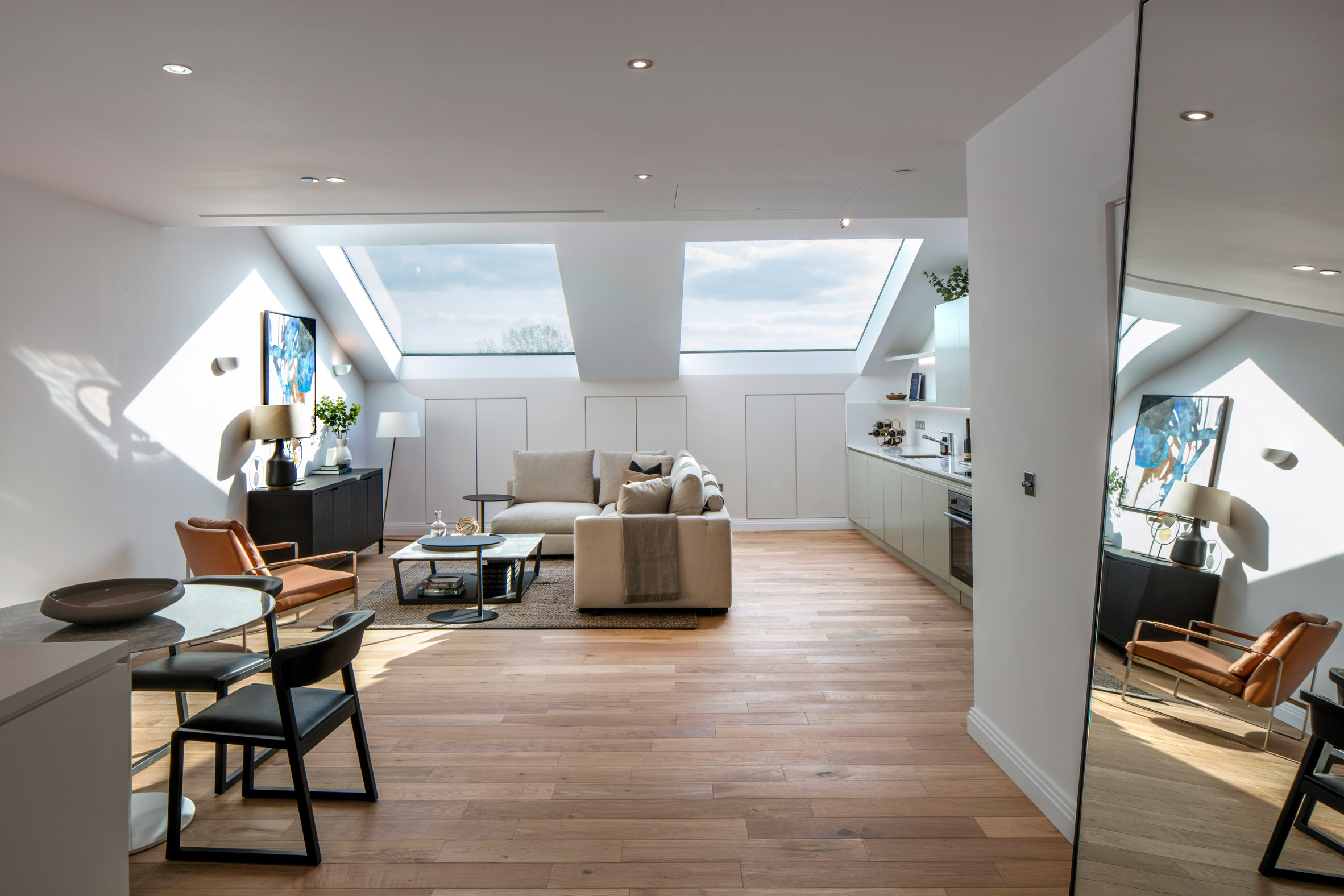 The northern parts of the site were demolished to make way for a supermarket and the main building was repaired and refurbished to create office space.

For more than a decade, the majority of the building was disused before it was purchased in 2015 by property service company IDM Properties with the intention of converting it to residential accommodation. 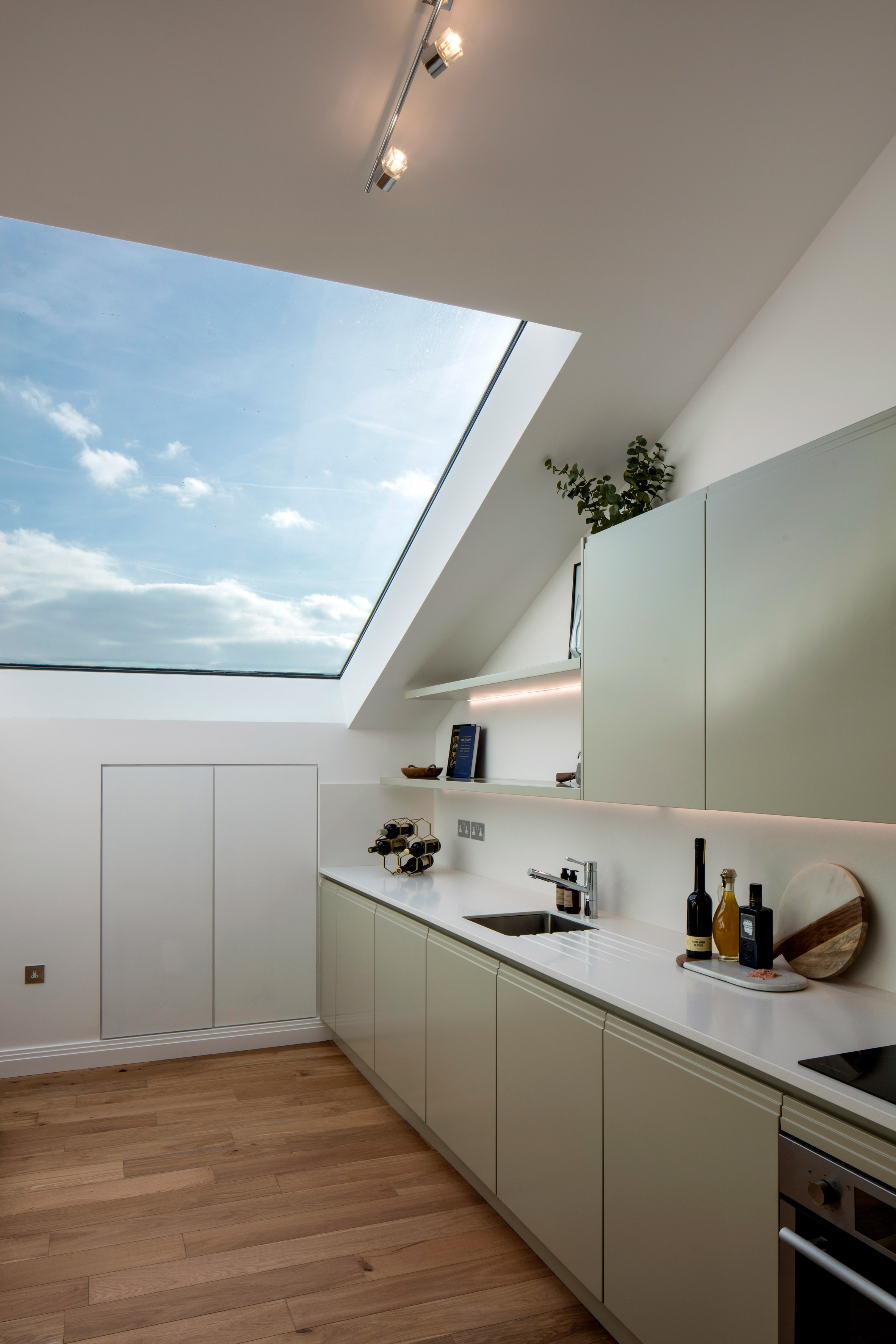 London studio Interrobang, which is headed up by architect Maria Smith and engineers Steve Webb and Andy Yates, was invited to oversee the sympathetic conversion of the building into dwellings ranging from studio apartments to three-bedroom homes.

“The comprehensive renovation focused on a careful conservation of the historic fabric and insertion of a new timber structure designed to minimise the increase in weight while maximising the number of new homes that could be created,” said the studio. 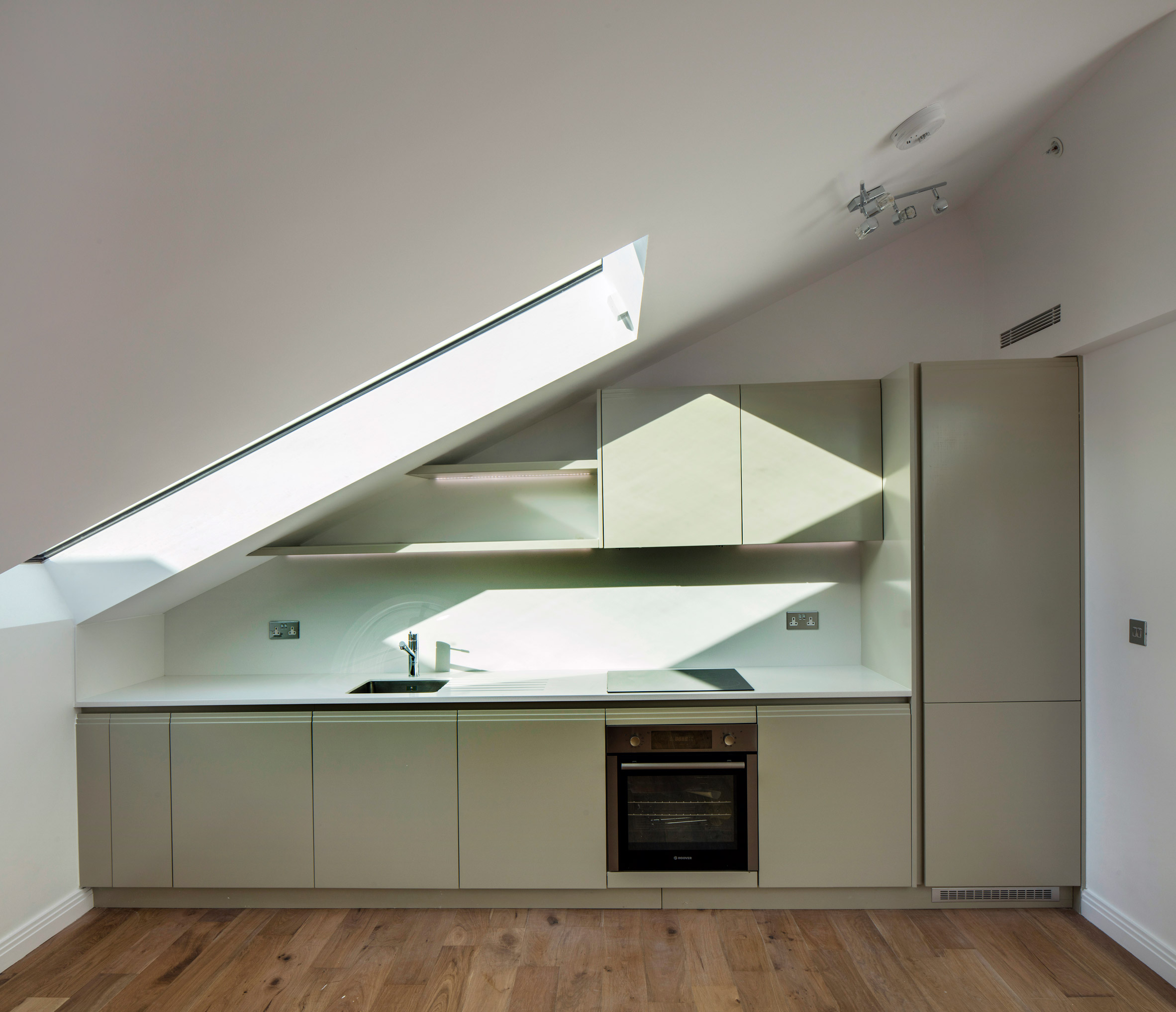 One of Interrobang’s key interventions was the introduction of extra levels between the existing floor slabs, which required the construction of a new timber-framed mezzanine within the original double-height ground floor.

Prefabricated timber trusses hidden in walls help to support the new floors and roof, creating space for 14 maisonettes that look out through the restored triple-height Crittall windows. 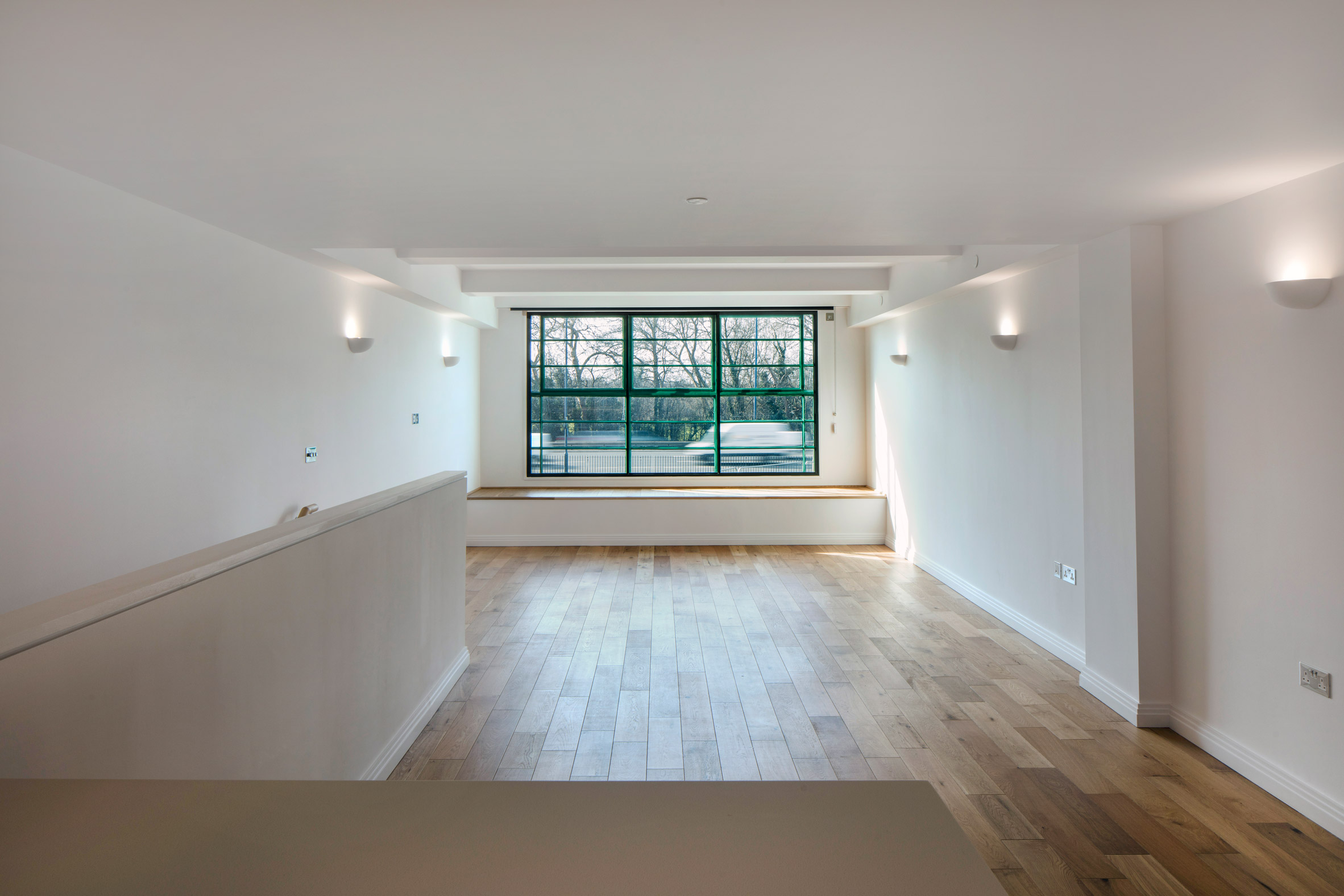 The original sweeping staircase leads to 21 flats on the first floor, with the remaining 31 properties accessed from the second floor. These include 12 apartments inserted into a new loft that replaces the old fibre-cement and steel roof. 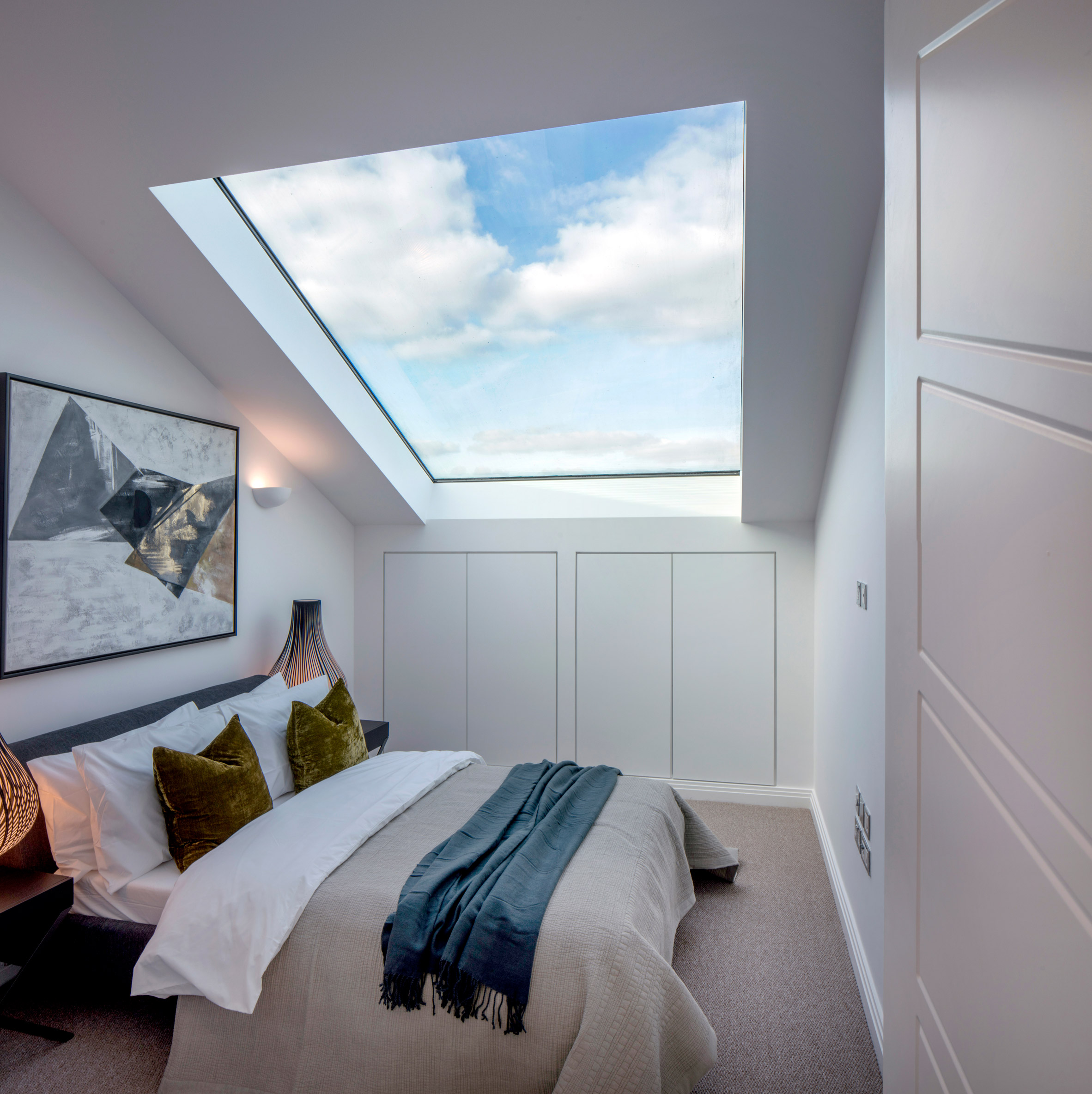 Each of the loft apartments has its own spiral stair entrance and features large roof lights that fill the interiors with natural light.

The construction of the new roof involved designing prefabricated timber trusses, A-frames and roof cassettes that slot in on top of the existing slender concrete columns and floor slabs to avoid the need to strengthen the original structure. 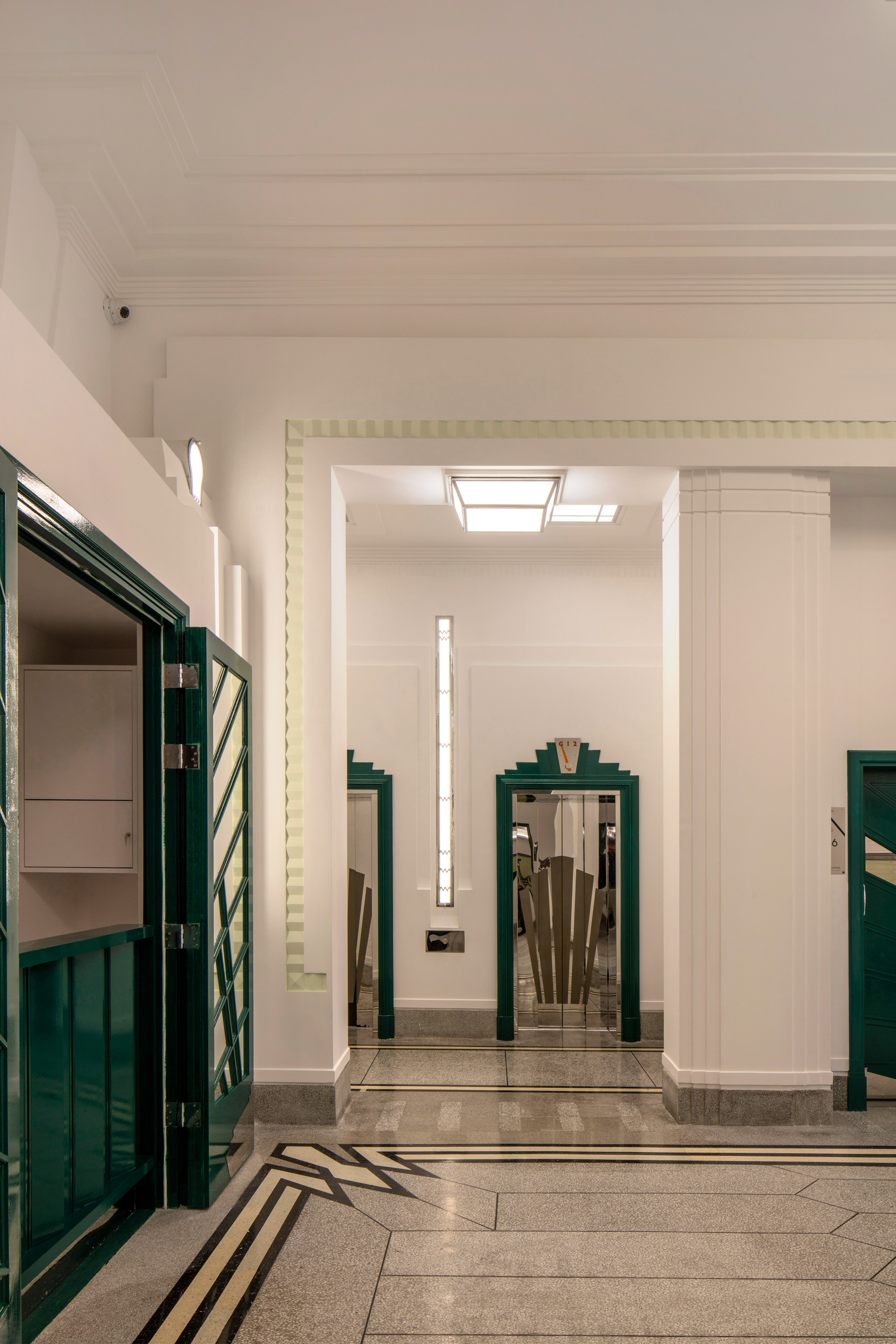 Many of the interior’s original art deco features have been retained and restored, including grand staircases with wrought-iron bannisters, terrazzo flooring in the lobby and the colour scheme used in the corridors.

Photography is by Morley von Sternberg.