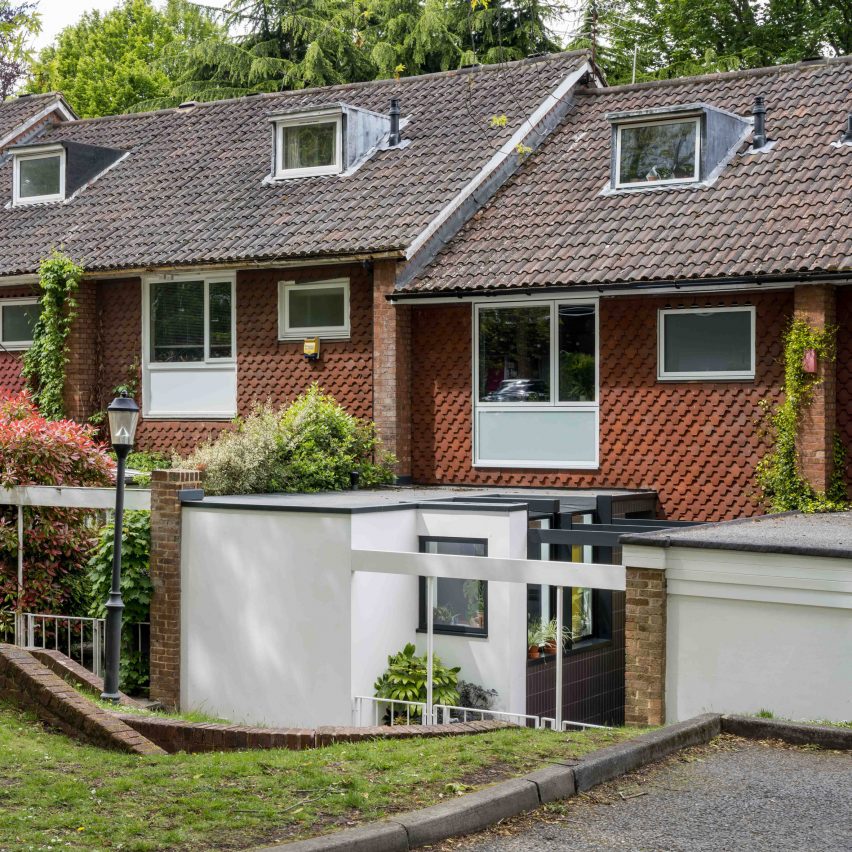 London studio Archmongers’ “practical and playful” refurbishment of a home on Dulwich Estate was named the winner of the 2022 Don’t Move, Improve! competition.

Little Brownings was named the overall winner of this year’s Don’t Move, Improve! – an annual award organised by New London Architecture (NLA) that highlights and celebrates innovative home improvement and extensions across London.

It completed a full refurbishment and added a front extension to the three-storey structure.

The studio converted a dated lean-to, with a roof lined with corrugated plastic, at the front of the home into a bright and open plan kitchen.

Glass panelling was incorporated throughout the home in order to maximise the look of the home without hindering light.

“The durability of our concept and materials demonstrates our approach to sustainability and placemaking,” said Archmongers Architects partner Johan Hybschmann.

“These values have underpinned our work on Little Brownings, which sits within the renowned Dulwich Estate,” he continued.

“Our design instills a freshness to the estate, but is driven by a sensitivity to its original vision, the context of each space, and the people that occupy it.” The home’s material usage and now practical, playful and contemporary design is what led it to be selected as this year’s winner by the jury.

“This overall winner strikes the balance between practical and playful with contemporary touches such as clay worktops in the kitchen and a secret study on the landing,” said jury member and journalist Anna White. 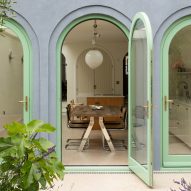 “This felt like the house we can all imagine ourselves in and the improvements we could all do if only we had the right designers! – the embodiment of Don’t Move Improve,” said Whitby Wood‘s founder and director Sebastian Wood.

Don’t Move, Improve! is an annual competition, open to home improvement projects that were completed in the last two years across any of London’s boroughs.

Little Brownings was shortlisted among 15 other projects, which were revealed on 2 March.

Concrete Plinth House by DGN Studio was awarded the Materiality and Craftsmanship Prize. The Victorian terrace was renovated and extended by DGN who introduced a sunken concrete floor across its rear ground level.

In 2021, Studio Ben Allen’s The House Recast took the competition’s title of house of the year which was branded “rich and interesting” by the judging panel. Proctor & Shaw won the 2020 competition for its Soffit House extension.

Photography is by French + Tye.