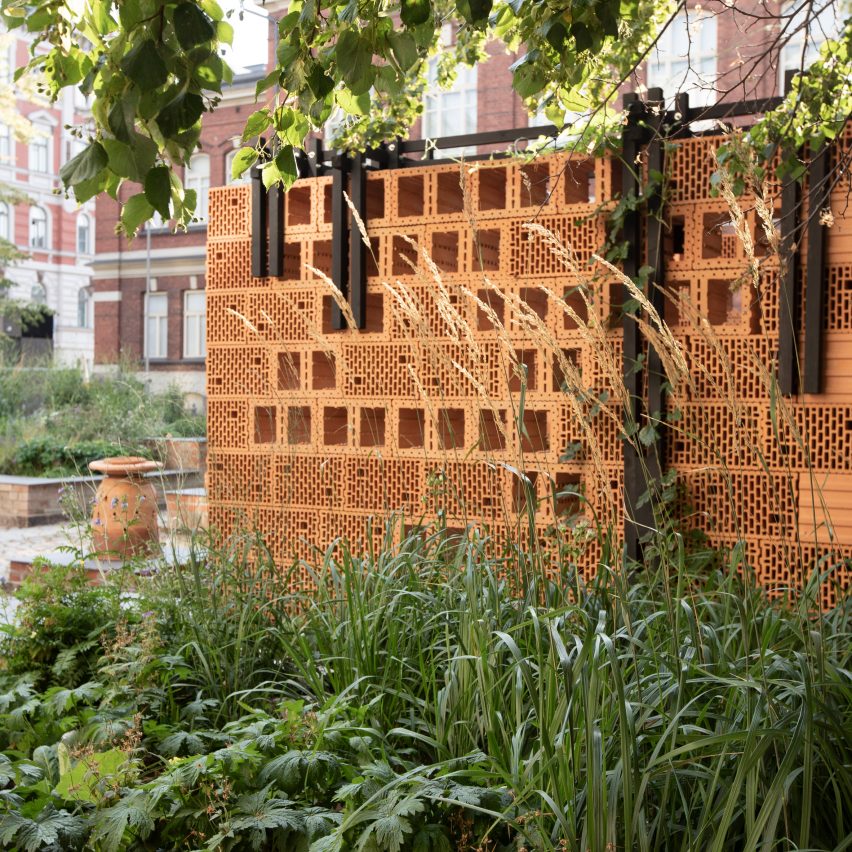 Rugged clay forms the walls of this pavilion in Finland by architects Maiju Suomi and Elina Koivisto, which aims to provide an urban habitat for pollinators and was featured as part of Helsinki Design Week.

Called Alusta Pavilion, the project was installed in the courtyard between the Museum of Finnish Architecture and Helsinki Design Museum in June. It will remain in this location until October 2023.

The understated pavilion is comprised of a series of low-rise rectilinear structures created from clay in various forms, including rammed earth and both fired and unfired bricks, as well as wood.

Stacked on top of each other, the terracotta-hued bricks are characterised by intricate perforations, while the structures formed from wooden panels are covered in biochar.

Architecture duo Suomi and Koivisto arranged the geometric structures across the courtyard to create a mixture of seating and pathways that accompany large grow bags filled with over a thousand plant species.

Among these plants are speedwells, achilleas, oxeye daisy and field scabious, which attract insects to the pavilion so that they can inhabit it and pollinate its flowers.

“Many visitors have exclaimed that this is like a giant insect hotel,” said Suomi, who designed Alusta in collaboration with Koivisto as a part of the pair’s respective research projects at Helsinki’s Aalto University.

The pavilion joins a series of other designs that have emerged in recent years, which have been created for cities and intend to tackle the dwindling populations of bees and other insects in these urban areas.

Clay was chosen for the project because it is often found in Finnish gardens, and also for its affordability, according to the pavilion’s architects, who described the material as sustainable.

“We’re used to measuring the toxicity of construction materials with their maximum tolerated limits, which should not be exceeded,” explained Koivisto, discussing clay.

“What if we sought alternatives that don’t harm at all, or which are even beneficial for us?” 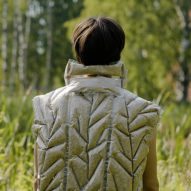 After Alusta Pavilion is dismantled, the materials used to create it will be recycled and the plants will be reused.

A programme of events is being hosted at the pavilion while it is installed in Helsinki, including children’s clay workshops and lectures centred on architecture and climate change.

The pavilion was completed with the assistance of 50 architecture students from Aalto University. It is currently on show as part of Designs for a Cooler Planet, an exhibition by the university’s students that addresses the climate crisis.

Other recent designs that have been created in order to promote biodiversity in cities include bio-bricks made by researchers in Mumbai and insect towers formed from upcycled IKEA furniture.

The images are courtesy of Maiju Suomi and Elina Koivisto.

Helsinki Design Week took place from 1 to 11 September 2022 in Helsinki, Finland. See Dezeen Events Guide for an up-to-date list of architecture and design events taking place around the world.