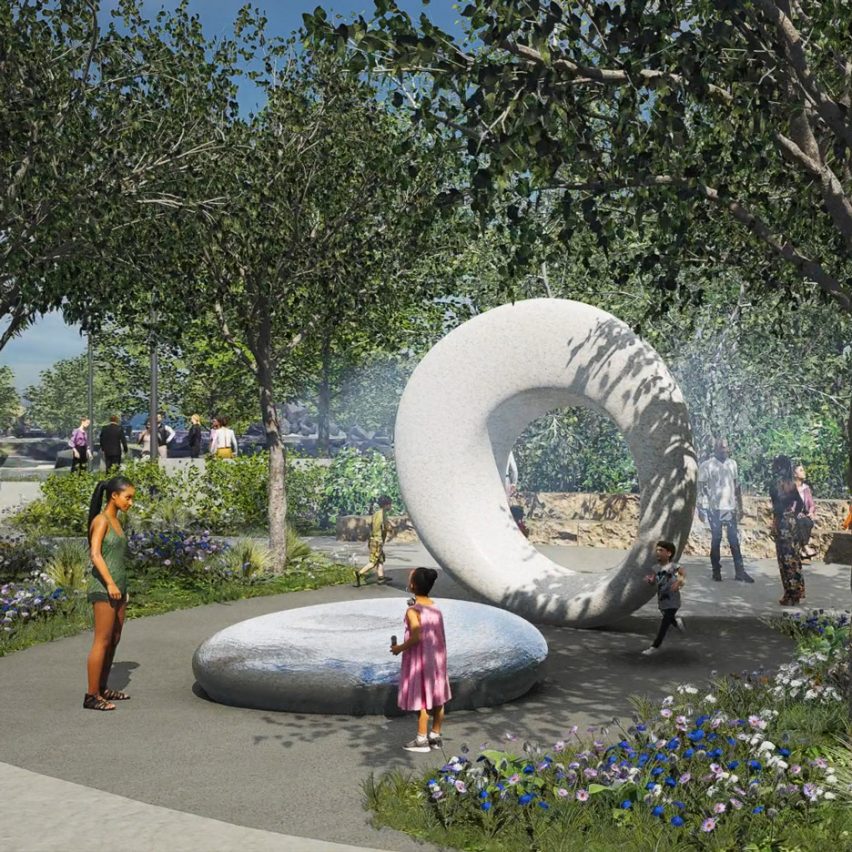 American artist Maya Lin has revealed a design for a spherical water fountain that will be installed in the Obama Presidential Center, a cultural complex in Chicago celebrating Barack Obama’s presidency.

Called Seeing Through the Universe, the site-specific artwork is set to be the focal point of the Ann Dunham Water Garden, a garden named after Obama’s late mother.

Lin‘s commissioned sculpture will have an upright stone structure with a hole in its middle that sprays mist out into the air.

Another additional piece of flat stone will be positioned on the ground in front of the structure and be filled with water that then cascades over its edges.

The sculpture will provide a space for people to congregate in a garden filled with trees, flowers and patches of grass.

“When we thought about what may be a fitting way to commemorate my mother’s influence on my sister and me, I thought about where she would want to be in this space,” said Obama in a statement.

“I could picture her sitting on one of the benches on a nice summer afternoon, smiling and watching a bunch of kids running through the fountain, and I thought that would capture who she was as well as just about anything else.” 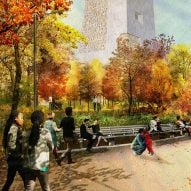 The sculptural fountain was commissioned by The Obama Foundation, an organisation that was set up in 2014 to oversee the creation of the Obama Presidential Center.

The organisation hopes the garden will act as a space on the complex for “reflection and relaxation”.

“The Water Garden, located near the Center’s north entrance, will serve as a designated place on campus meant for reflection and relaxation,” said the foundation.

Designed by US studios Tod Williams Billie Tsien Architects and Interactive Design Architects, the Obama Presidential Center is expected to open in 2025.

The centre is being built in Chicago’s historic Jackson Park, near where former first lady Michelle Obama was born and raised and where her husband was first elected to public office.

Alongside the garden, it will have a library, a forum and a stone-clad tower that will house a museum. 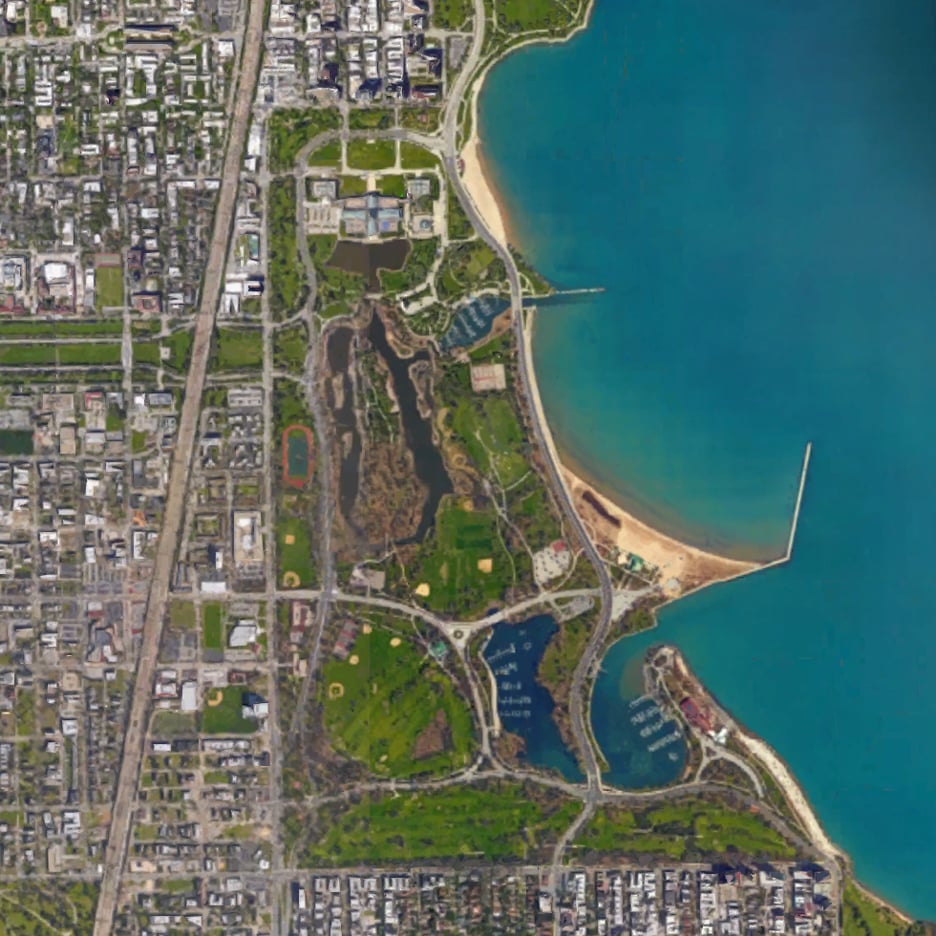 Maya Lin – who was awarded the highest civilian honour in the US – the Presidential Medal of Freedom by Obama in 2016 – is known for her ability to ground her work in nature.

The artist recently installed 49 dead cedar trees in Midtown Manhattan’s Madison Square Park in an effort to raise awareness of ecosystem die-off due to climate change.

She has also worked with architect Toshiko Mori and architecture studio CannonDesign on a new research complex called the Novartis Institutes for BioMedical Research, a complex that brings together over 1,000 pharmaceutical researchers.

The images are courtesy of The Obama Foundation.