Five architecture studios have contributed facades to this parking garage in Miami Design District, resulting in a mash-up of bold eclectic styles. 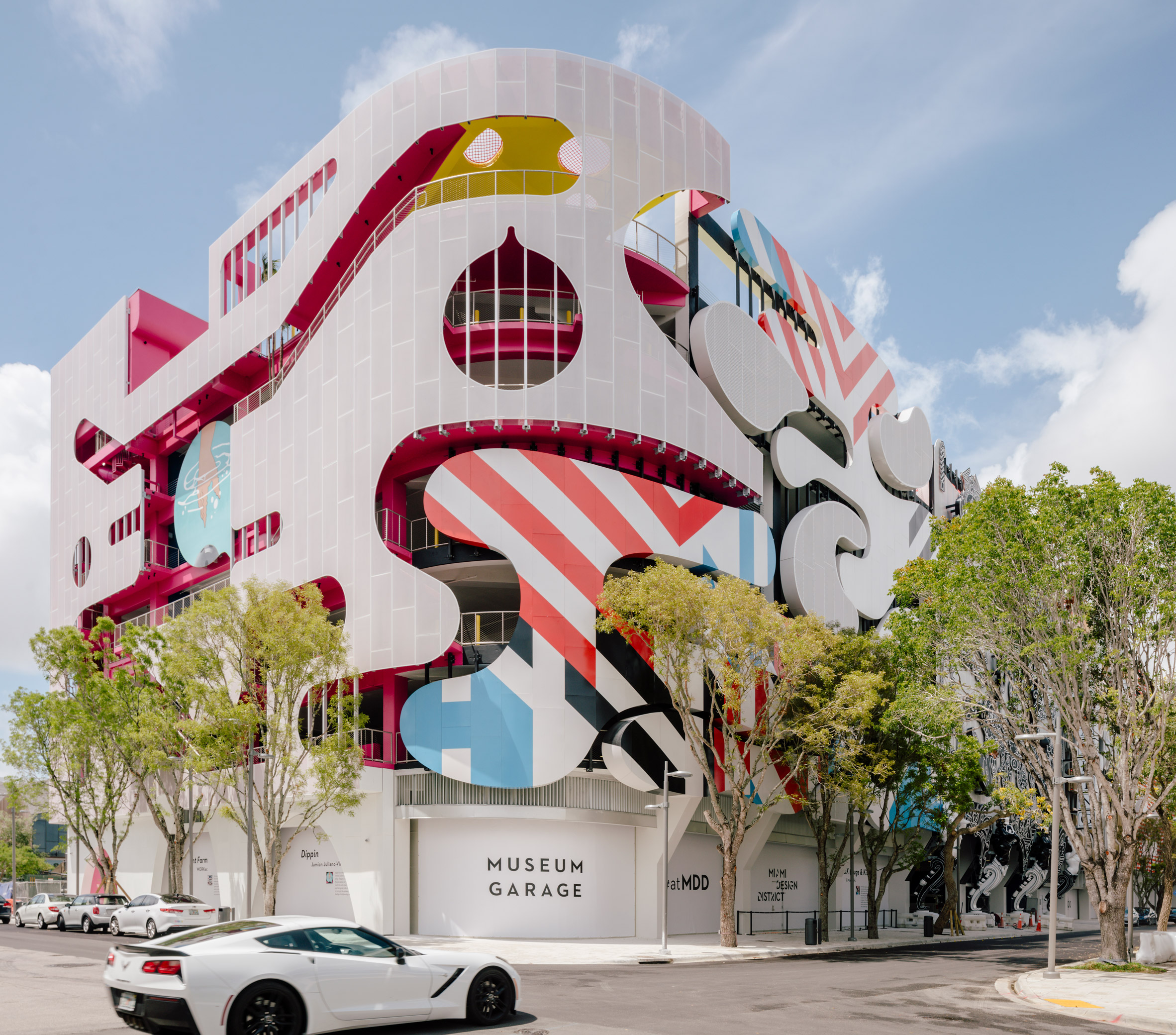 It is located at the intersection of NE First Avenue and NE 41st Street in the neighbourhood dedicated to innovative art, design and architecture, not far from another unusual parking garage.

Museum Garage is notable for the colourful contrasting sections across its exterior. Developer Craig Robins – who spearheaded the creation of the design district, north of downtown Miami – commissioned Terence Riley of Keenen/Riley (K/R) to come up with a bold facade treatment for the structure to make it stand out. 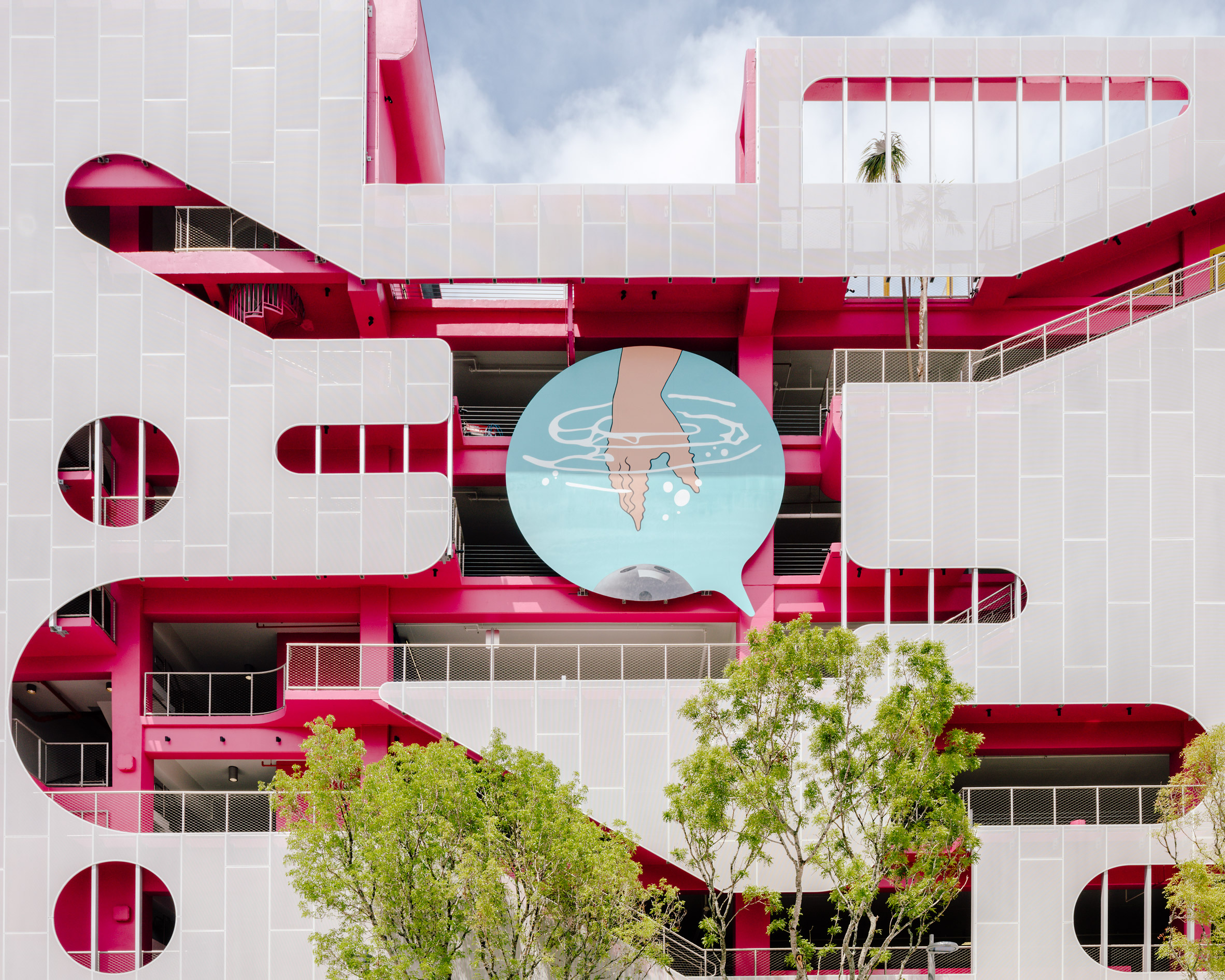 Riley, in turn, asked a handful of designers to create portions of the exterior. Across the facade are motifs by five international studios: WORKac, J Mayer H, Clavel Arquitectos, Nicolas Buffe and K/R itself.

Riley took the idea for the unorthodox exterior from various sources, including the surrealist parlour game Exquisite Corpse. 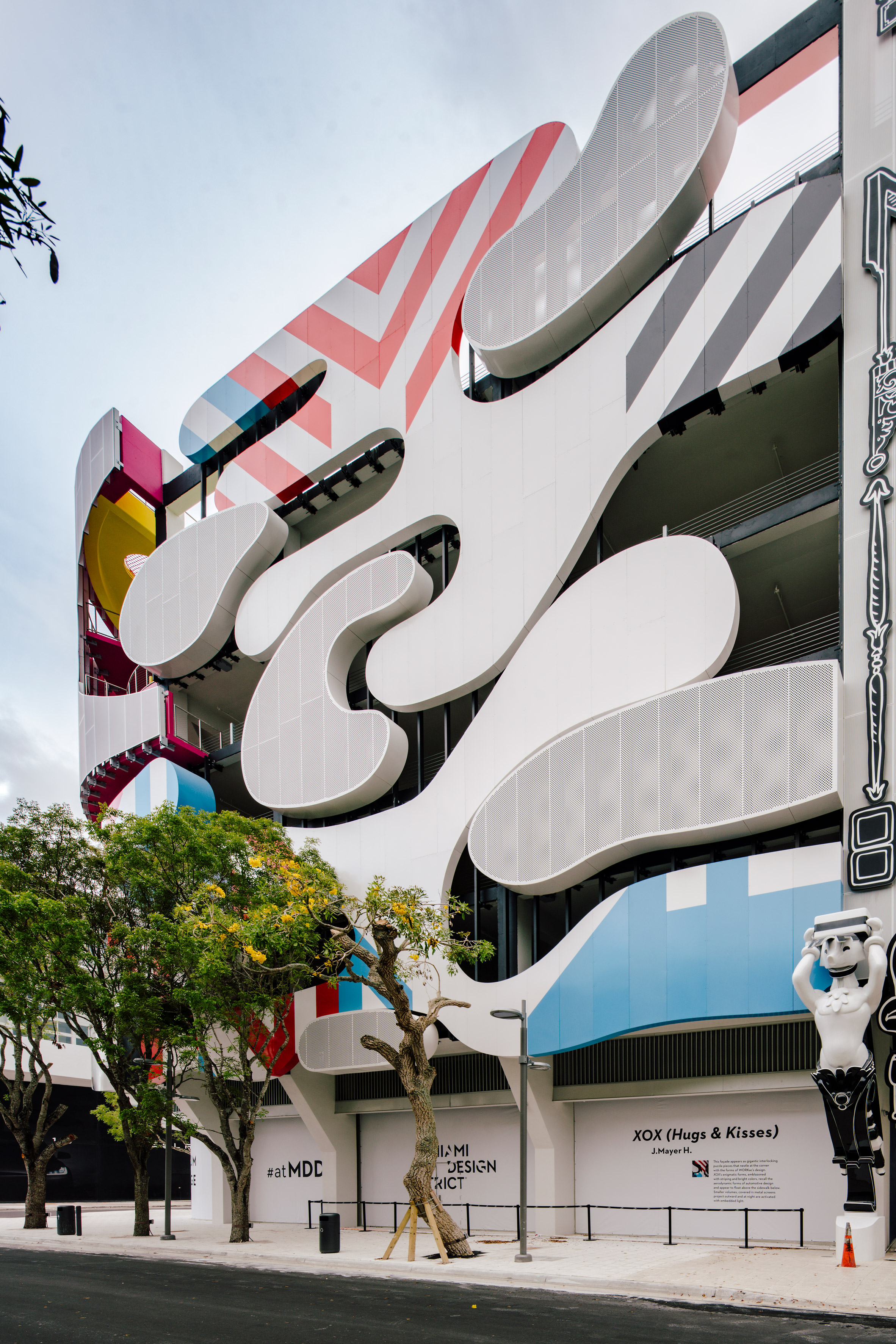 “Cadavre Exquis, as the game is known in French, involved a collection of images assembled by various artists with no knowledge of what the other artists have drawn, producing one image whose components don;t necessarily match but flow together as one playful composition,” said the architect in a statement.

Each of the five designers was virtually given free reign to build out their portion of space, without much consideration for one another’s creations. 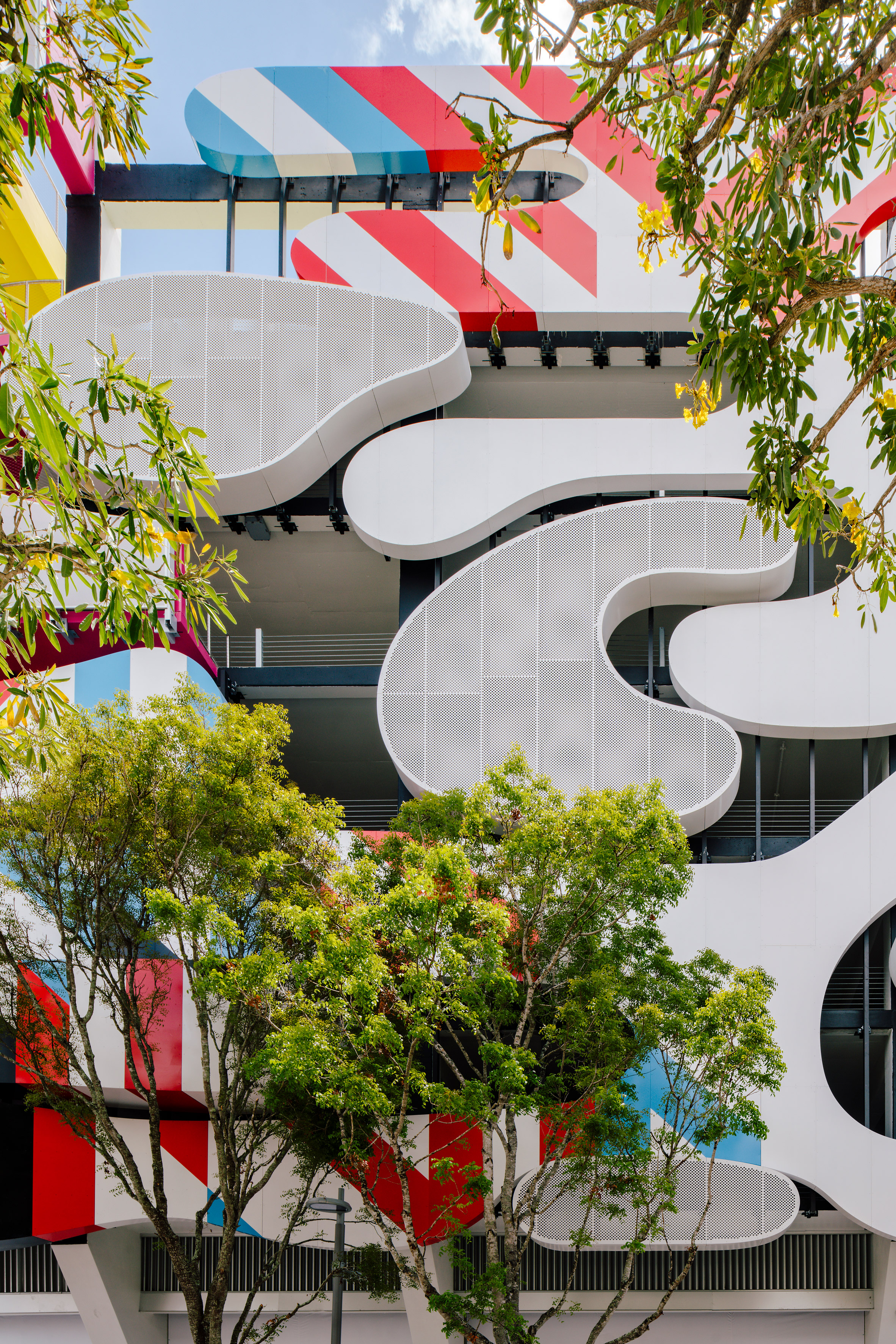 This gridded design abuts the pink exterior by New York firm WORKac, which comprises open gaps and curved areas to resemble an ant farm, while providing windows to the building’s interior. 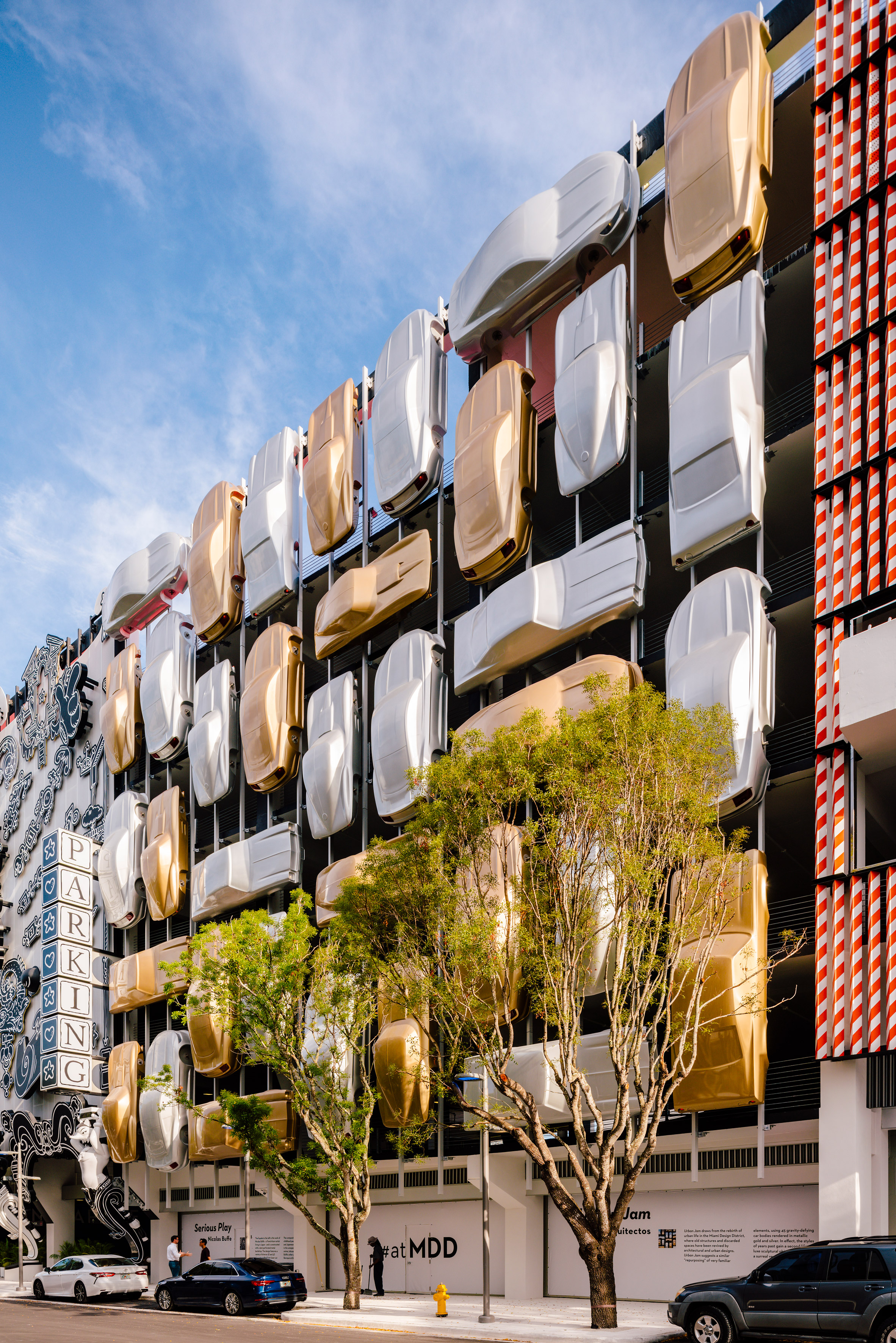 Attached to another section is Urban Jam, a grid of 45 metallic cars coloured gold and silver by Spanish firm Clavel Arquitectos. “Urban Jam draws from the rebirth of urban life in the Miami Design District – where old structures and discarded spaces have been revived by architectural and urban designs,” the architects said a statement. 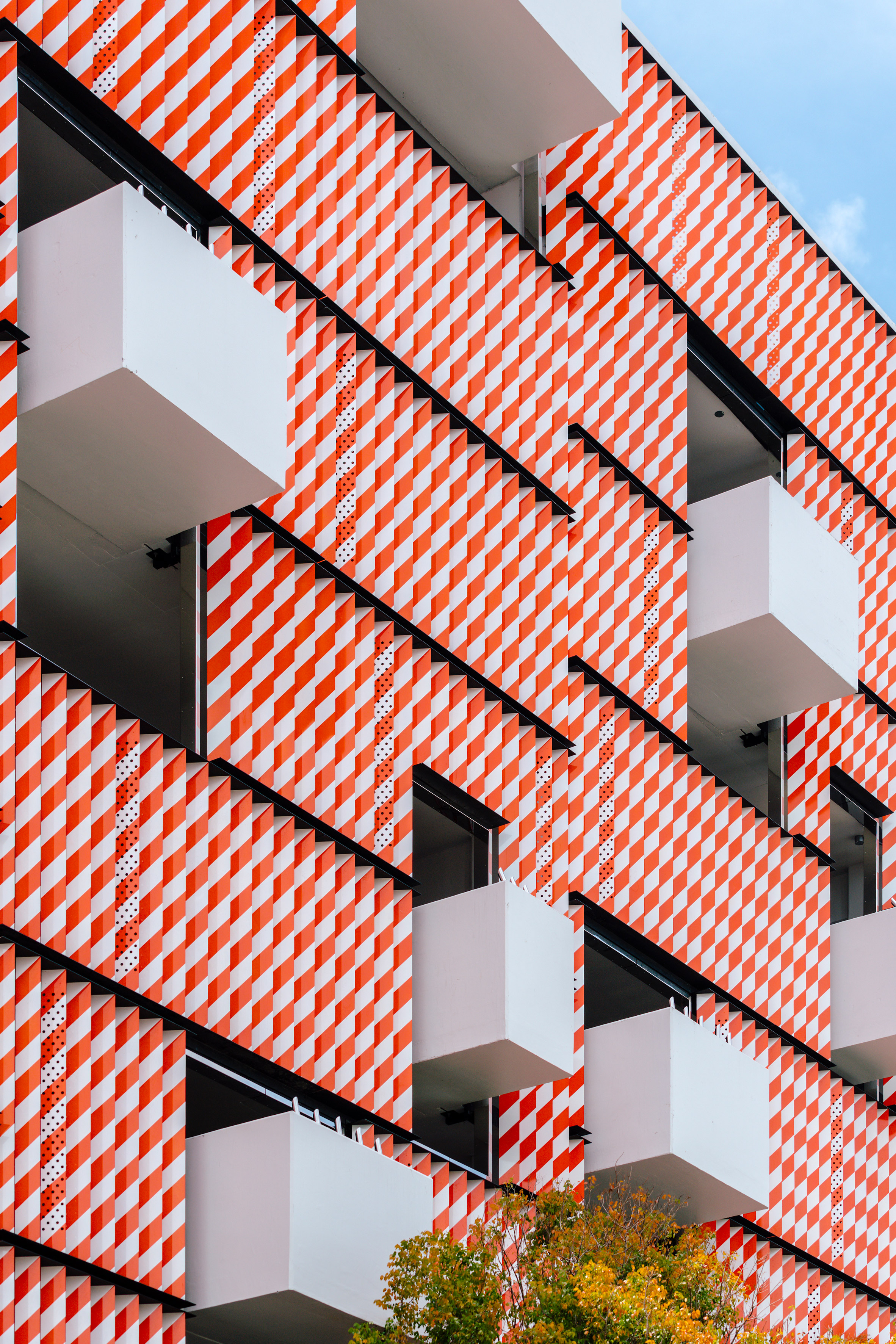 K/R also designed Barricade, an orange and white patterned portion that takes cues from traffic barriers in the US. The facade, made from stainless steel and concrete, faces the Institute of Contemporary Art (ICA), a metal-faced building by Aranguren + Gallegos. 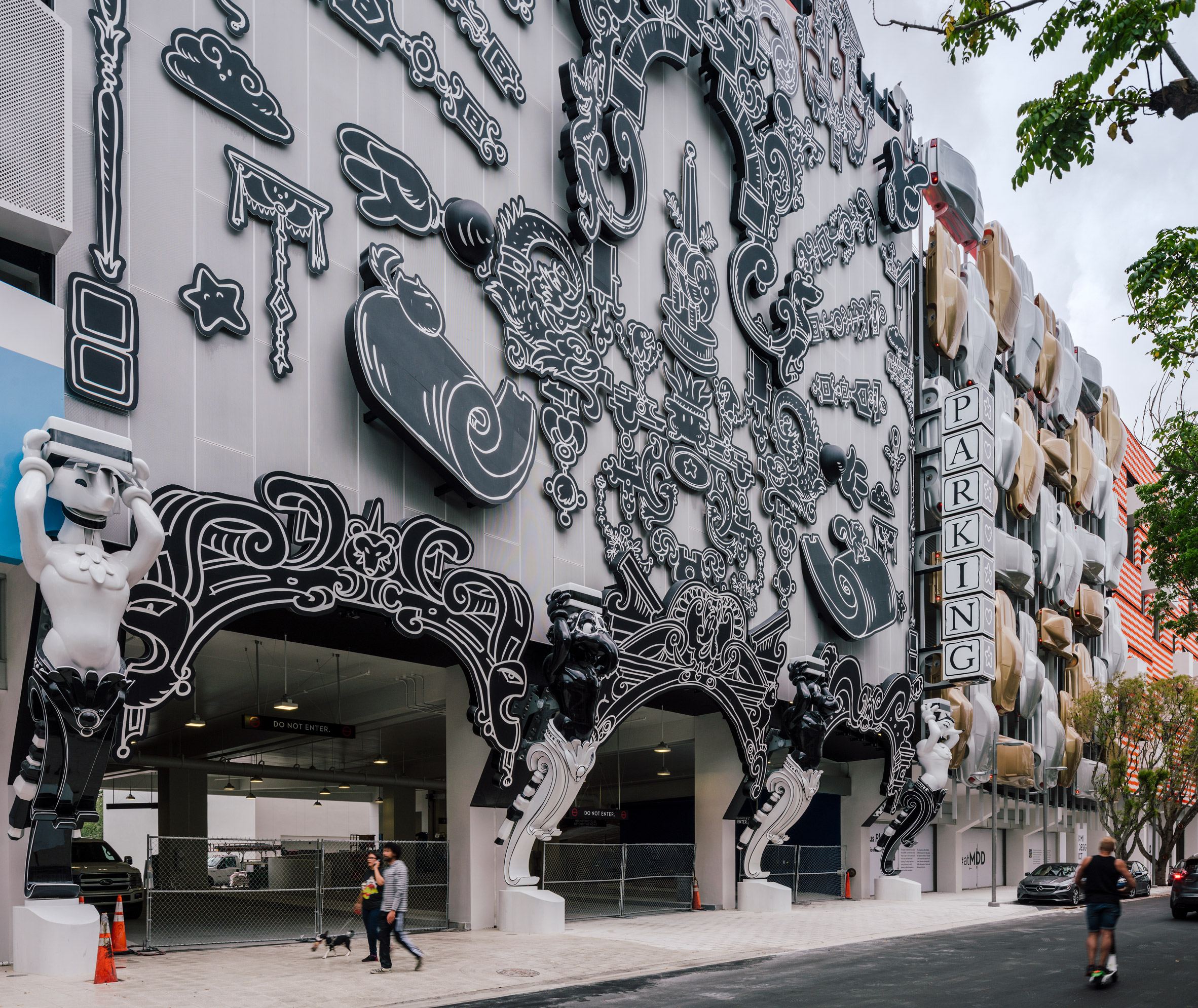 Retail spaces cluster on the building’s ground floor, while other public spaces include a garden, lending library, art space and playground. The garage itself has capacity for 800 vehicles. 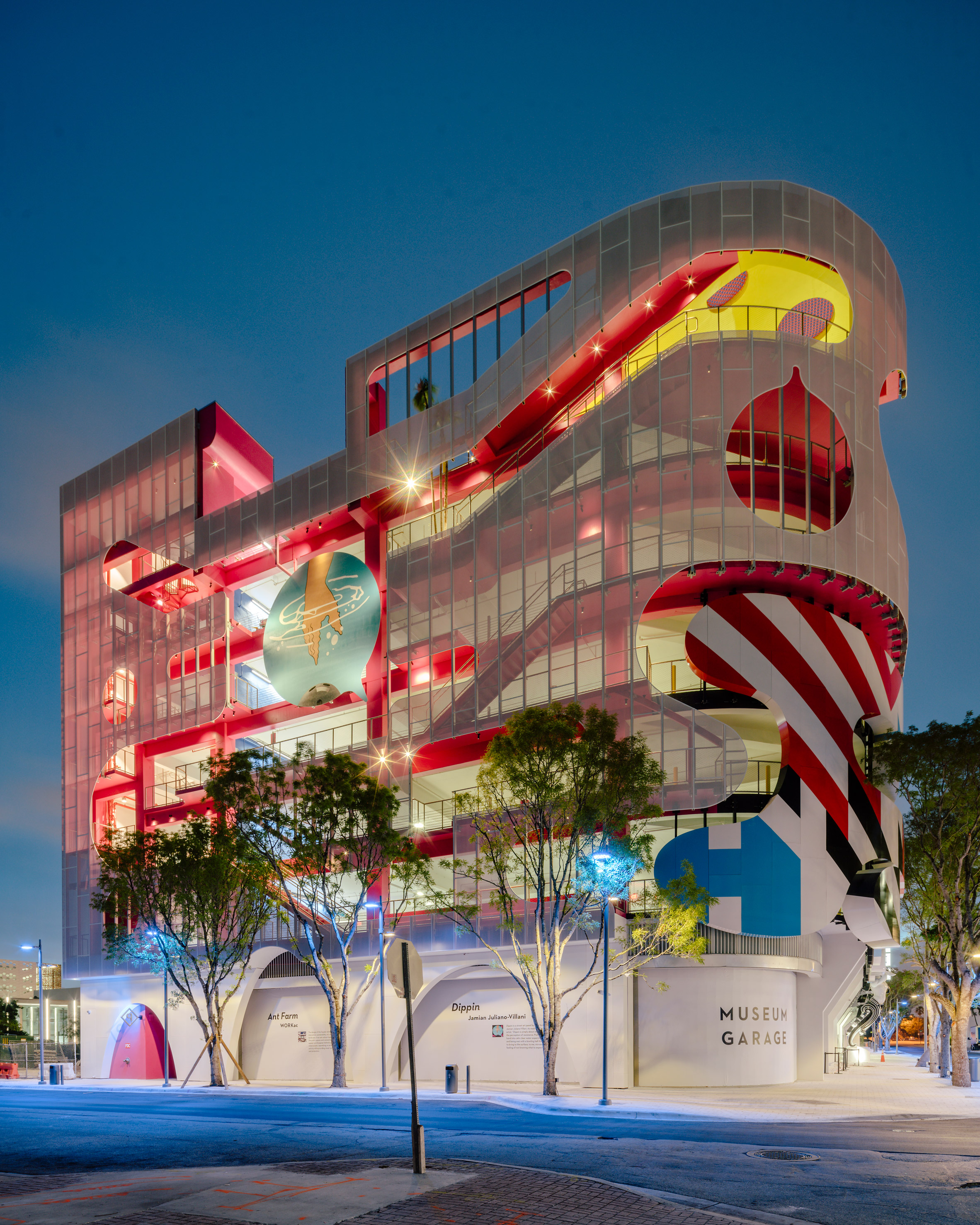 Miami Design District is teeming with statement architecture – from a blue-glass shopping mall by Sou Fujimoto to a Tom Ford store with a pleated concrete facade by Aranda\Lasch.

For the Art Basel and Design Miami fairs this past winter, the Bouroullec brothers installed a steel and glass canopy, and Carsten Höller created a pop-up nightclub for Prada.

Photography is by Miguel de Guzmán.