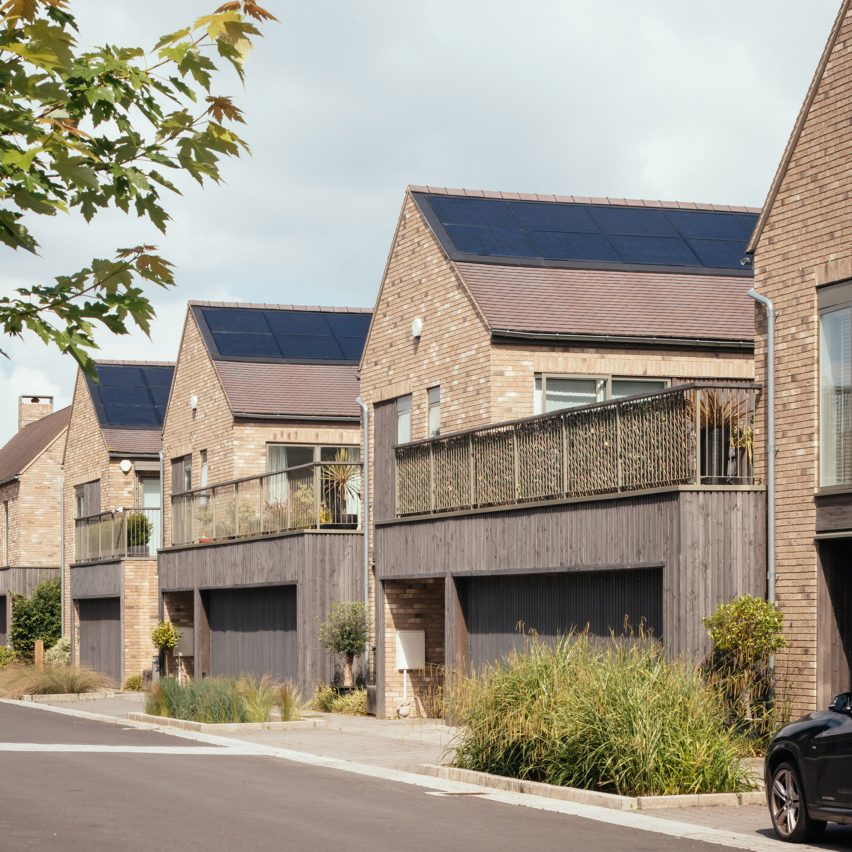 Three housing projects have been shortlisted for RIBA‘s 2022 Neave Brown Award for Housing including a hybrid scheme in east London encompassing a primary school by Henley Halebrown.

The Royal Institute of British Architects (RIBA) announced that 333 Kingsland Road by Henley Halebrown, Kiln Place by Peter Barber Architects and Lovedon Fields by John Pardey Architects were shortlisted for this year’s award.

The Neave Brown Award for Housing aims to acknowledge the best examples of affordable housing in the UK and is named in honour of modernist architect and social housing pioneer Neave Brown, who died in 2018.

333 Kingsland Road is a hybrid housing and primary school scheme in east London by Henley Halebrown.

It comprises 68 affordable homes within a 10-storey, red-brick structure that has a colonnade-style facade. A primary school that is made up of courtyards and classrooms is shielded by the towering apartment block that surrounds it.

Lovedon Fields by John Pardey Architects is a rural development on the outskirts of Winchester, Hampshire. The project also won this year’s RIBA South Award.

The housing development includes 50 apartments, terraced and detached homes all of which are surrounded by allotments, bike trails, parks and grasslands.

Peter Barber Architect’s Kiln Place in London is a collection of 15 homes added to a post-war housing estate in Camden, to increase the estate’s density without demolishing its existing homes.

Homes were slotted within underused areas of the estate as well as within old oil tank rooms and disused plant rooms. Seven of the new homes were built for social rent while the others were set for market sale. 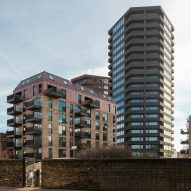 “They set a benchmark – for clients, contractors and architects – for better UK housing.”

The Neave Brown Award for Housing will be announced on 13 October at RIBA’s Stirling Prize ceremony.

In 2019 David Chipperfield with Karakusevic Carson Architects and WilkinsonEyre with Mole Architects were shortlisted for the award amongst others for housing developments across the UK.

Eight months before Brown died, Dezeen spoke to the architect about England’s lack of social housing.