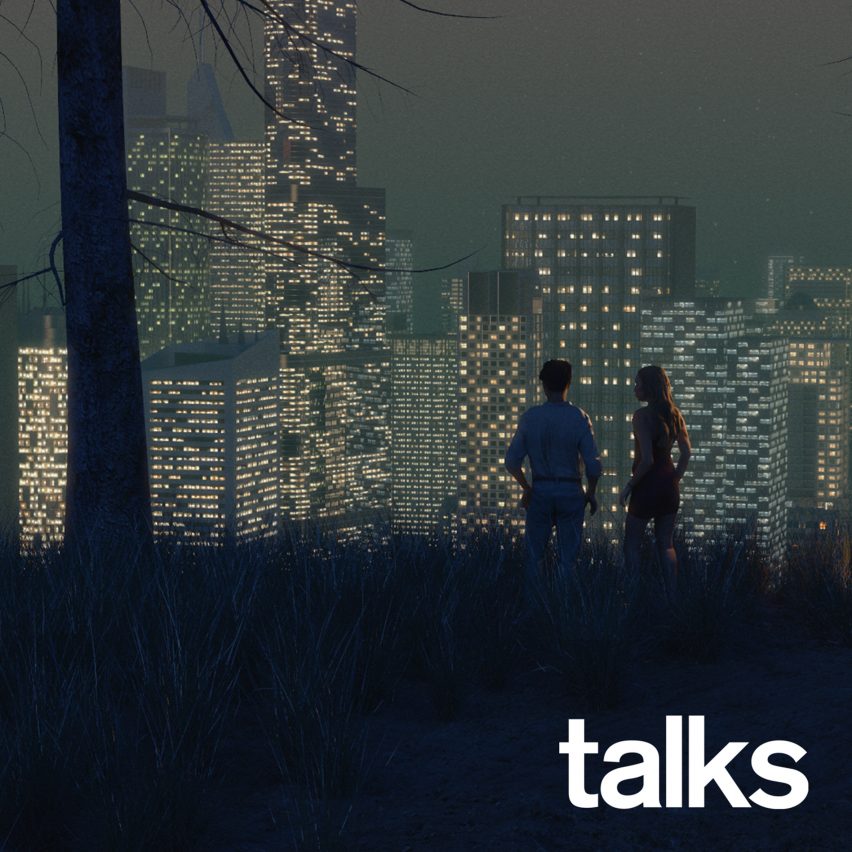 A panel including Liam Young, Refik Anadol and Space Popular expressed both optimism and trepidation about the rise of the metaverse in a talk hosted by Dezeen in collaboration with NeueHouse during Frieze Los Angeles.

Speaking on a panel organised by Dezeen as part of NeueHouse Hollywood‘s programming during Frieze Los Angeles, Young explained that the potential for creative expression in digital spaces was matched by the threat posed by privatisation and surveillance.

Young expects the metaverse to be a more mundane space than is often depicted in the media, which tends to focus on celebrity projects and luxury brands.

“The metaverse is not necessarily going to be a late capitalist Zuckerbergain fever dream,” he explained.

“At the same time, it is neither going to be an escapist utopian fantasy or a flat world without the systemic horrors of the real.”

“Metaverse will be equal parts fear and wonder”

“In a way, it’ll be both of these things, because no technology has ever really been a solution to anything – it really just exaggerates the conditions that exist,” he said.

“So the metaverse will be equal parts fear and wonder.”

The talk, titled Building the Metaverse, was hosted on the rooftop terrace of NeueHouse Hollywood, and marks the first in a series of talks in collaboration between Dezeen and the workspace brand.

Hosted by design writer and Dezeen contributor Mimi Zeiger, the talk brought together a group of creatives working at the cutting edge of architecture, art and technology.

Anadol, held a more optimistic view of the metaverse’s potential.

“I’ve got more hope than fear,” he said. “We have web 2.0 problems right now, we are all profiles somewhere on Earth, and we are all predictable. Hardware-software systems know where we go, what we eat, where we read and see and feel. I think that kind of profile in the cloud is most likely the 21st century imagination.”

“I think the web 3.0 and eventually the metaverse has the potential to detach the profile culture, and maybe bring anonymity first of all,” he explained.

“We choose to instead call it the immersive internet”

Hellberg stated that Space Popular has pushed back against use of the word “metaverse”, claiming that many of the innovations associated with the term are already being used.

“The term that we’re discussing here today, ‘metaverse’, we’ve actually resisted over many years, because it speaks for something new and exciting, something imagined,” he said.

“We choose to instead call it the immersive internet. It’s actually just a three-dimensional version of the internet. A lot of these things that we are going to experience, they are kind of already there.”

During an introductory presentation, Lesmes revealed that Space Popular is working on a project exploring wayfinding in the metaverse.

Space Popular have been designing architectural “portals’ that can transport” digital avatars from one virtual space to another, while using design to convey information about the space that they offer access to.

“Moving from one web page to another basically involves clicking on that blue underlined text, those hyperlinks,” said Lesmes .

“When you have to switch between one three-dimensional space to another, you’re very quickly confronted with the question, how do you create that transition?”

“In our research, we’re trying to start to think about what we think is a good portal, what is an inviting portal, what is a portal that is also giving you enough information about the space you are entering,” she continued.

“That made us start to think about these portals made of virtual fabric that potentially could give you information about this very complex network”.

The still from Renderlands is by Liam Young

This talk was filmed by Dezeen for NeueHouse as part of a partnership. Find out more about Dezeen’s partnership content here.

The post The metaverse "will be equal parts fear and wonder" says Liam Young appeared first on Dezeen.