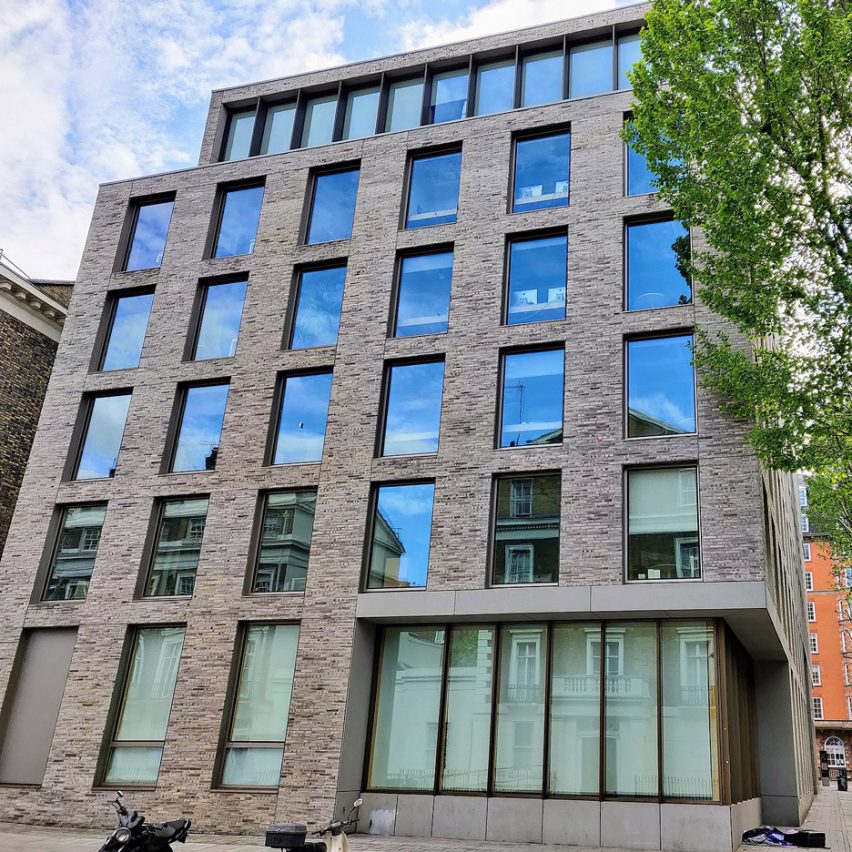 The Bartlett School of Architecture has refused to respond to a barrage of freedom of information requests by a former student investigating alleged racial and sexual discrimination, claiming the requests were “vexatious” and had “little obvious value”.

Emails seen by Dezeen show that University College London (UCL), which the school is part of, denied a series of requests from Eleni Kyriacou seeking details of grades and dropout rates sorted by gender.

According to UCL, the numerous Freedom of Information (FOI) requests from Kyriacou placed “a significant burden on UCL” and caused “undue distress to staff”.

“Your requests will not be processed further because they are being treated as vexatious under section 14(1) of FOI,” wrote UCL in an email received by Kyriacou on 24 March 2021.

“The reasons are that the above requests are the latest in a series of 19 requests that impose a significant burden on UCL, cause undue distress to staff and have little obvious value in terms of the wider public interest,” it continued.

The final request submitted was to see the breakdown of grading by gender for seven tutors at the Bartlett along with the dropout rates and failure rates for the past 13 years divided by gender.

Kyriacou, who studied at the school from 1998 to 2002, was gathering the data as part of her investigation into claims of racism and sexism at the school, which were first revealed in the Guardian on 31 May.

The allegations from 21 former students include reports of sexual harassment of female students, and non-white students being subjected to racist comments.

A representative of UCL requested to see a copy of the dossier of allegations collected by Kyriacou, who is now a fashion designer most noted for designing the costumes worn during the lighting of the flame at the Rio de Janeiro Olympics in 2016, as part of its investigation into the allegations on 7 June.

UCL said it determined that the requests were not legitimate as the information was not in the public interest and the issues she was raising had already been considered.

“We are concerned that the requests appear to be a forum to raise repeat issues which have already been fully considered by UCL,” said the email.

“We believe that your long and frequent series of requests are placing a significant strain on UCL’s resources and these recent requests are contributing to that aggregated burden,” it continued.

“This email therefore serves as a refusal notice.”

The Bartlett confirmed to Dezeen that it had refused the request on the basis that it covered similar ground to previous requests.

“As a public body, UCL receives a substantial number of Freedom of Information requests every year which require significant resourcing by the university,” it said.

“In line with our commitment to transparency, UCL endeavours to answer any request it receives,” it continued. “However, the Information Commissioner’s Office guidance makes clear that public bodies are not required to provide advice and assistance in response to repeated requests on similar issues.”

The allegations first came to light in May when The Guardian published details of a dossier compiled by Kyriakou containing allegations by 21 former students claiming “systemic” problems at the school.

One student reported being told “your work is very sexy and so are you” by a staff member and another student of colour recalled being told she “acted and spoke like a white person”.

The following week, the school announced it was investigating the allegations.

Kyriakou accused the school of running “a pretend investigation, announced only to appease members of the press.” She claimed the school had not contacted her to obtain a copy of her dossier.

However, the school said it had asked the Guardian for a copy of the documents but its request had been declined. It wrote to Kyriakou saying: “If it is appropriate for you to share a copy with us, we will then share it with the investigator to support their review.”

Since the claims were first made public, several more allegations have come to light. In response to a perceived lack of action from the leadership of The Bartlett and UCL, a group of former students have hired a solicitor to further examine the claims.

Named Bartlett United, the group has instructed lawyers to determine if and how the university has breached its code of conduct and its care of duty towards students.

“We spoke with our barrister at length about our experiences and concerns,” said Bartlett United in a statement on Instagram.

“Counsel identified breaches of a serious nature – spanning sex discrimination, race discrimination, breach of contract and negligence in the accounts we have collected.”

The Bartlett School of Architecture describes itself as “one of the most influential, exciting and innovative architecture schools in the world, setting the agenda for what architecture is and could be”.

Based in Bloomsbury, London, within a Hawkins\Brown-designed building (pictured), the architecture school forms part of the Bartlett Faculty of the Built Environment.

The prestigious architecture school, which has 300 permanent members of staff and 1,600 students has been rated as the UK’s best by the magazine Architects’ Journal for the past 11 years.

It is ranked as the second-best Architecture and the Built Environment department in the world in the QS World University Rankings 2021.