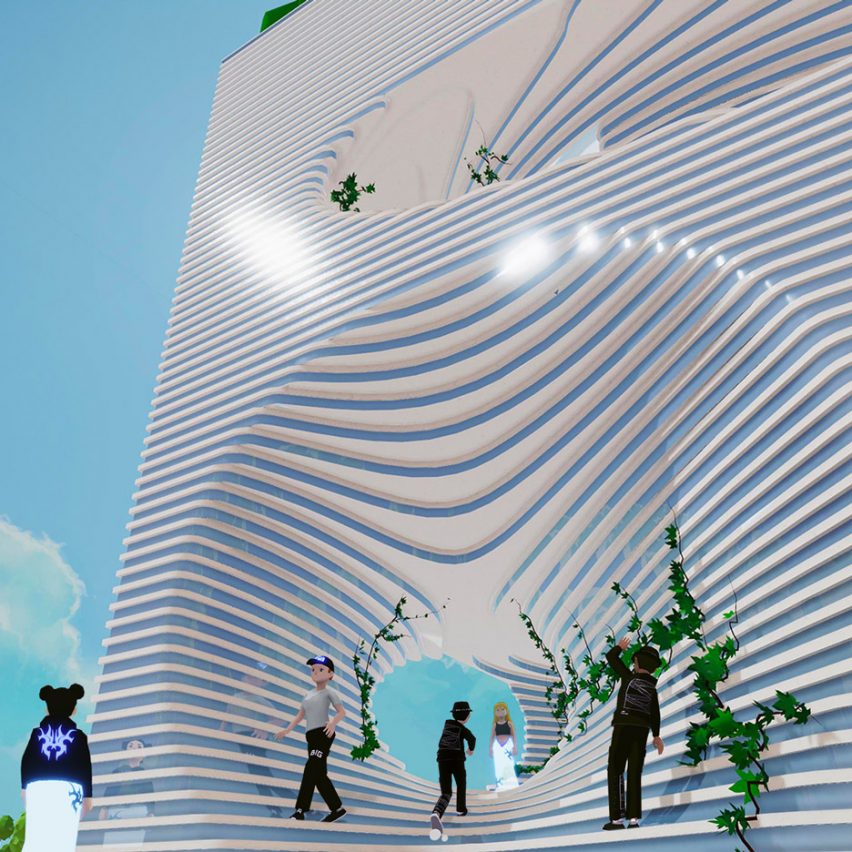 The recently opened Viceverse office is located on the Decentraland platform, where it will serve as the agency’s virtual innovation lab and allow employees to work in the metaverse on Non Fungible Tokens (NFTs) and other digital projects.

“It is an experimental playground”

Virtue Futures worked together with Bjarke Ingels Group (BIG) on the office, which Grubak believes will foster creativity at the multi-platform media company.

“It’s an extremely organic building, we can install an entire floor in a day so we see it as an experimental playground and canvas on which to build,” Grubak told Dezeen.

“Teams can experiment with NFTs, Decentralised Autonomous Organisations (DAOs) and Web 3.0, applying insights directly for brands eager to make an impact,” he added.

BIG designed the workspace to look like a white building with an undulating facade, with multiple levels that can be accessed via a central tunnel. Employees in the new headquarters can conduct meetings and collaborate with colleagues from around the world.

“The space showcases a range of digital experiments, and has plenty of hidden extras for curious explorers — including a direct route for young creatives to reach a selection of highly acclaimed global Meta-Mentors,” explained Grubak.

“It will also serve as a launchpad for digital field research into the sociology of digital communities,” he added.

Decentraland, which houses the office, is an open-source meta world where people create unique avatars to represent their physical selves.

Other businesses have already set up camp in Decentraland, including architecture and design studio Roar which announced that it had bought two plots of land for a showroom in the digital world earlier this year.

Viceverse is Vice Media Group’s first metaverse workplace and adds another dimension to the company’s existing offices in 25 countries across the globe. 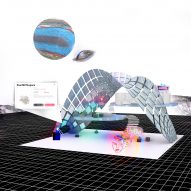 According to Grubak, Viceverse enables the brand not only to establish its presence in the metaverse but also to explore what work is possible beyond the boundaries of the physical office.

“The brief we gave BIG was to present something that is pushing the boundaries of physical constraints,” he said.

“The arrival of Vice Media Group allows its borderless creative workforce to come together virtually for the first time in Decentraland.”

“The creative opportunities within the metaverse are hugely exciting and as we’re already helping brands navigate this new space it makes sense to have an office there ourselves,” Grubak said, citing the fact that Virtue Futures launched Coca-Cola’s first NFT last year as an example.

The metaverse is a parallel virtual world where people interact with each other through digital communications.

Vice Media is not alone in its foray into the sphere. In October, Facebook announced that it would be changing its name to Meta and focusing on tailoring products for the metaverse.

Shortly after, a flurry of international brands followed suit including sportswear brand Nike, which unveiled its acquisition of RTFKT, a digital design studio producing trainers that can be worn across different online worlds.

The images are courtesy of Vice Media.