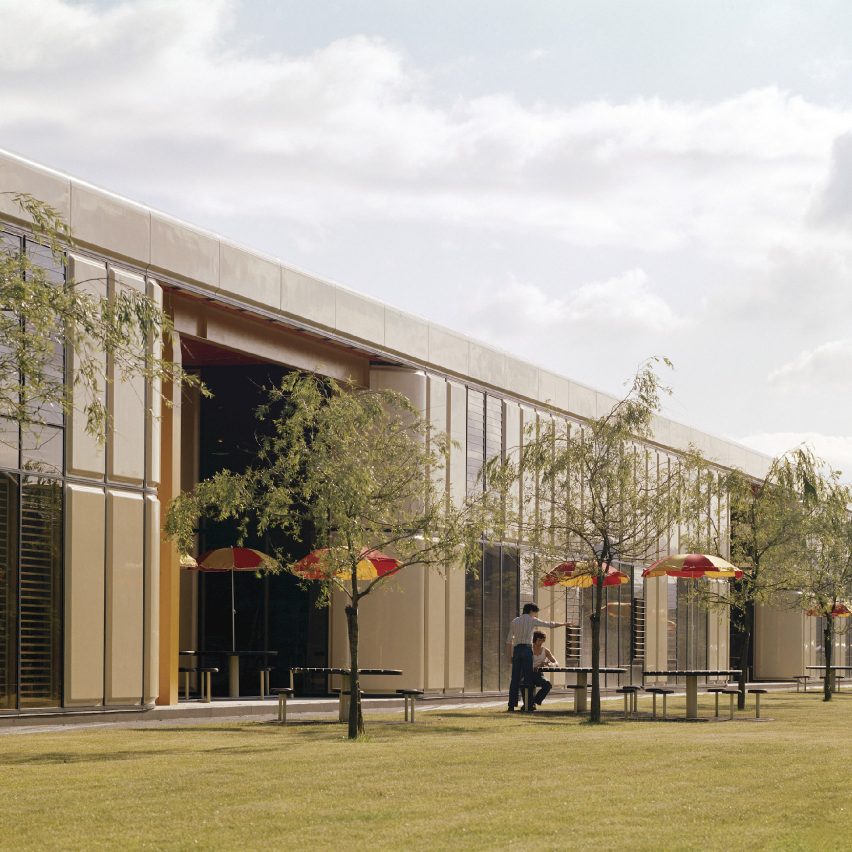 The high-tech architectural style is about to make a comeback and its philosophy could be central to decarbonising the built environment in the face of climate change, writes Jerry Tate.

High-tech is next in line for a revival and I for one would welcome it as the movement has a lot to give in our 21st-century context. High-tech was always more of a philosophy than a style, which is why the original proponents have adapted so successfully over the years. As a design method rooted in environmental sustainability, high-tech could have clear advantages for helping our profession tackle the global issues we need to address in all of our work.

An increasing number of my students are using early high-tech as a precedent. This is always a good litmus test of where things are going in terms of design sentiment, and a grassroots recognition of the high-tech movement is long overdue. At Harvard in 2006, I was surprised to discover that high-tech was not regarded as critically important. While Cedric Price and Archigram were seen as vital for restarting the modernist project in a more light-hearted and open manner, the subsequent buildings produced by UK architects were written off as a conceptual ‘dead end’.

It is always challenging to talk about the legacy of something when some of the main proponents are still in practice, but we should be honest that British high-tech in the 20th century had a global impact that still resonates strongly today. The sheer joy and optimism of early projects like Norman Foster’s Sainsbury Centre, the Hopkins’ Schlumberger Centre, Nicholas Grimshaw’s FT Building or Richard Rogers’ and Renzo Piano’s Pompidou Centre expressed a clear confidence in the future.

In particular, the Pompidou Centre represents the closest-ever realisation of Price’s ‘Fun Palace’ proposal. It showed us how buildings could be constructed to be adaptable, responding quickly to our ever-changing modern needs while clearly celebrating this adaptability as a signature motif. In reality the building was highly composed, including picturesque views that perfectly align with the surrounding Parisian streets, making it much less suitable for adaptation.

The original high-tech projects are all reaching an age where they will have to prove that they can be altered as much as the creators promised, with Rogers’ Lloyd’s of London making the headlines recently as the owners consider a hotel revamp.

Some of the superstar projects of the genre are highly bespoke and could prove tricky to rework, whereas others such as the Herman Miller Furniture Factory by Terry Farrell and Grimshaw provide proof that highly flexible spaces can be adapted for a variety of purposes – it was transformed into a new campus for Bath Spa University in 2020.

15 significant high-tech buildings you should know

Probably the strongest legacy from high-tech is a desire to work closely and in collaboration with engineers and consultants, most obviously structural, but also services engineers to create the Reyner Banham concept of a ‘well tempered’ environment. I believe this is one of the key reasons that there is a resurgence of interest in the movement.

With the climate emergency requiring urgent design solutions, it is only by deeply understanding the technical requirements of buildings and listening to expert specialists that we can hope to create a built environment to restore our balance with the natural systems of our world. In fact, many would argue that high-tech’s roots are based in a 1960s belief that ecology and technology could work in harmony with one another, as argued by Phineas Harper on Dezeen in 2019.

There seems a clear way that high-tech can be reinvented to become a truly 21st-century architectural language: working closely with engineers, paring back our buildings to be honest and efficient in their construction, and integrating sensible environmental strategies into the architecture. I personally believe that swapping the original high-tech steel for natural materials like timber, clay and earth will also produce a new way of designing that could be technologically ambitious but with local materiality.

We just finished a new Creative Centre for York St John University and I now realise that the building was in many ways a high-tech building, albeit one with Passivhaus levels of insulation and a timber frame construction. In particular, the built-in adaptability of the teaching areas and the distinct teaching and performance volumes linked by a timber-framed atrium feel like classic high-tech design moves.

And we can see that high-tech is returning stylistically when we consider small-scale projects like the yellow house in Barcelona by MACH. High-tech even has lessons for retrofit, with potential flexible ‘plug-in’ upgrade strategies as exemplified by Grimshaw’s first ever project, The Service Tower for Student Housing.

The term ‘high-tech’ was disliked by its originators because they saw themselves as simply the next wave of modernists, but the name has become synonymous with an ideology based on the optimism that technology can provide answers to issues we are facing now and those yet to come. I think we can learn from the founders of this movement and inspire the next generation to create sustainable cities of the future through the appropriate combination of technology and architecture.

Jerry Tate is the founder of London architecture studio Tate+Co, having previously worked at Grimshaw Architects. He has taught at Harvard University and Kansas State University and currently teaches at the Bartlett School of Architecture.

The post "High-tech is next in line for a revival and I for one would welcome it" appeared first on Dezeen.