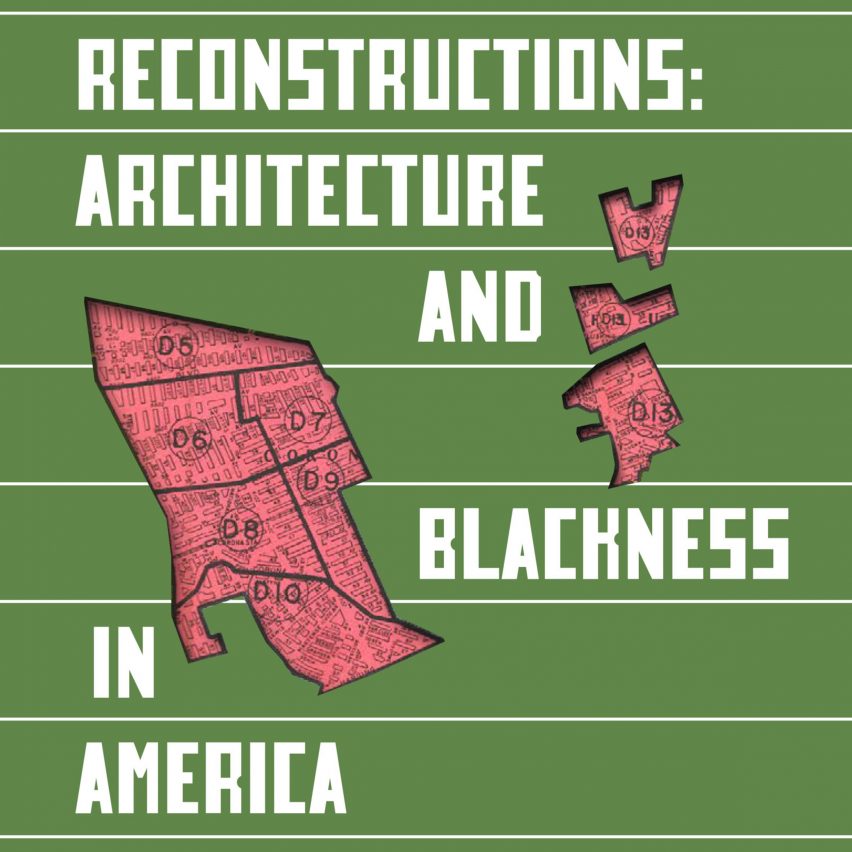 The co-curators of a MoMA exhibition that confronts how America‘s built environment plays a key role in anti-Black racism share five of their standout projects from the show.

Reconstructions: Architecture and Blackness in America features work from Black architects, designers and artists in mediums including film, sculpture and photography at multiple scales.

The exhibition was organised by Sean Anderson, associate curator of MoMA’s department of architecture and design, Mabel O Wilson, the Nancy and George E Rupp professor of architecture, planning and preservation at Columbia University, and MoMA curatorial assistant Arièle Dionne-Krosnick.

Addressing architectural spaces such as residential neighbourhoods, schools and the prison system, the practitioners acknowledge how racial injustice has shaped America’s design.

Rather than propose conventional solutions to anti-Black racism, each project examines the historical and present-day racism prevalent in 10 American cities and speculates about what the future might look like for Black individuals in reimagined contexts.

Here, Anderson and Wilson have selected five of their highlights from Reconstructions: Architecture and Blackness in America for Dezeen: 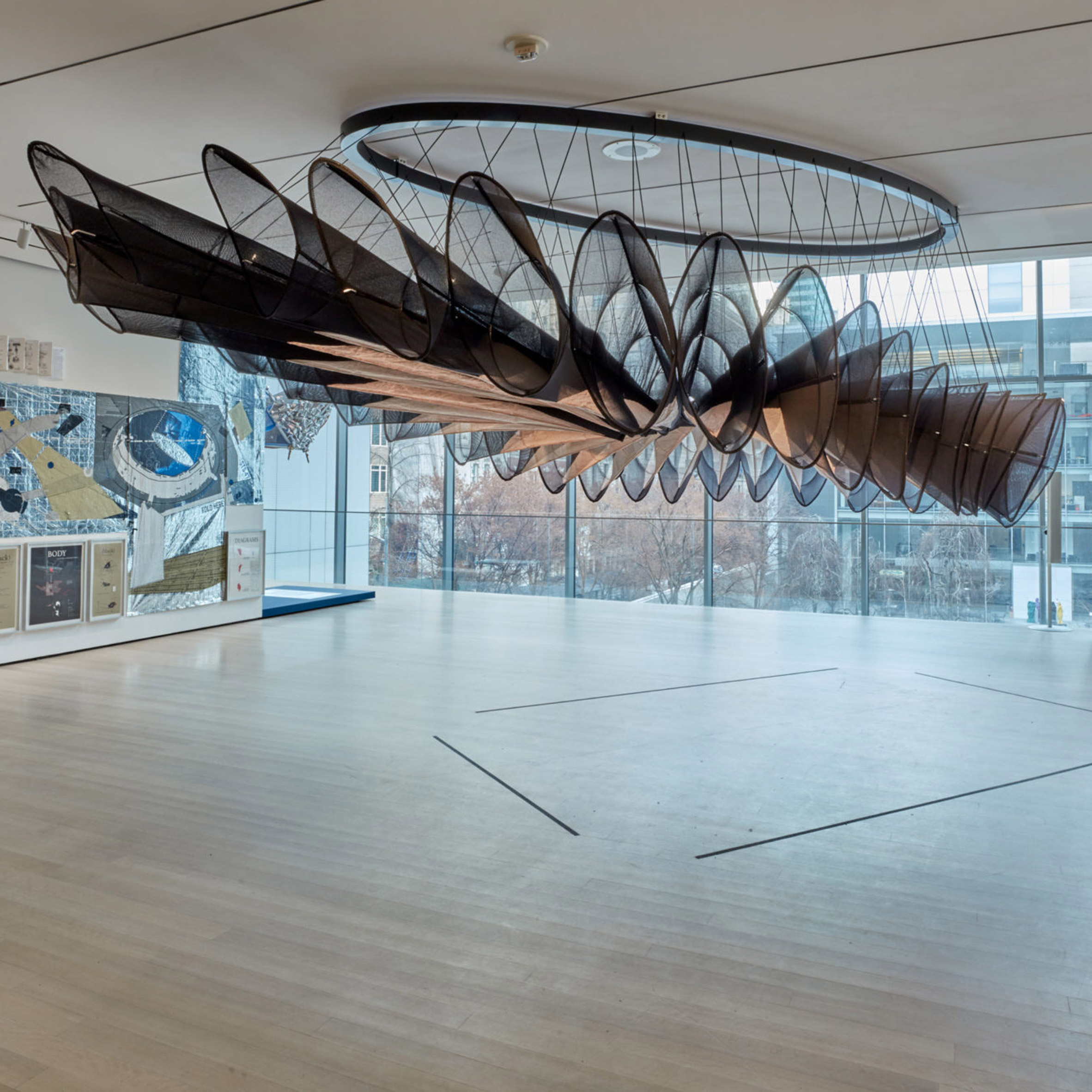 “What does mutual aid look and sound like? Davis’s extensive research uncovered the multitude of ways in which stakeholders in the Hill District of Pittsburgh actively sought to find ways to reveal, remediate and redress acts that sought to disenfranchise the community.

“Her ‘Black flower’ is composed of 34 computationally derived textile cones, each of which ‘collects’ wavelengths from the presence of bodies in the exhibition. These signals are then translated to a speaker at the threshold of the gallery.

“Davis’s work is both signal and beacon, beckoning individuals to ask of their place and destination, a difficult but hopeful journey for so many, always in transformation.” 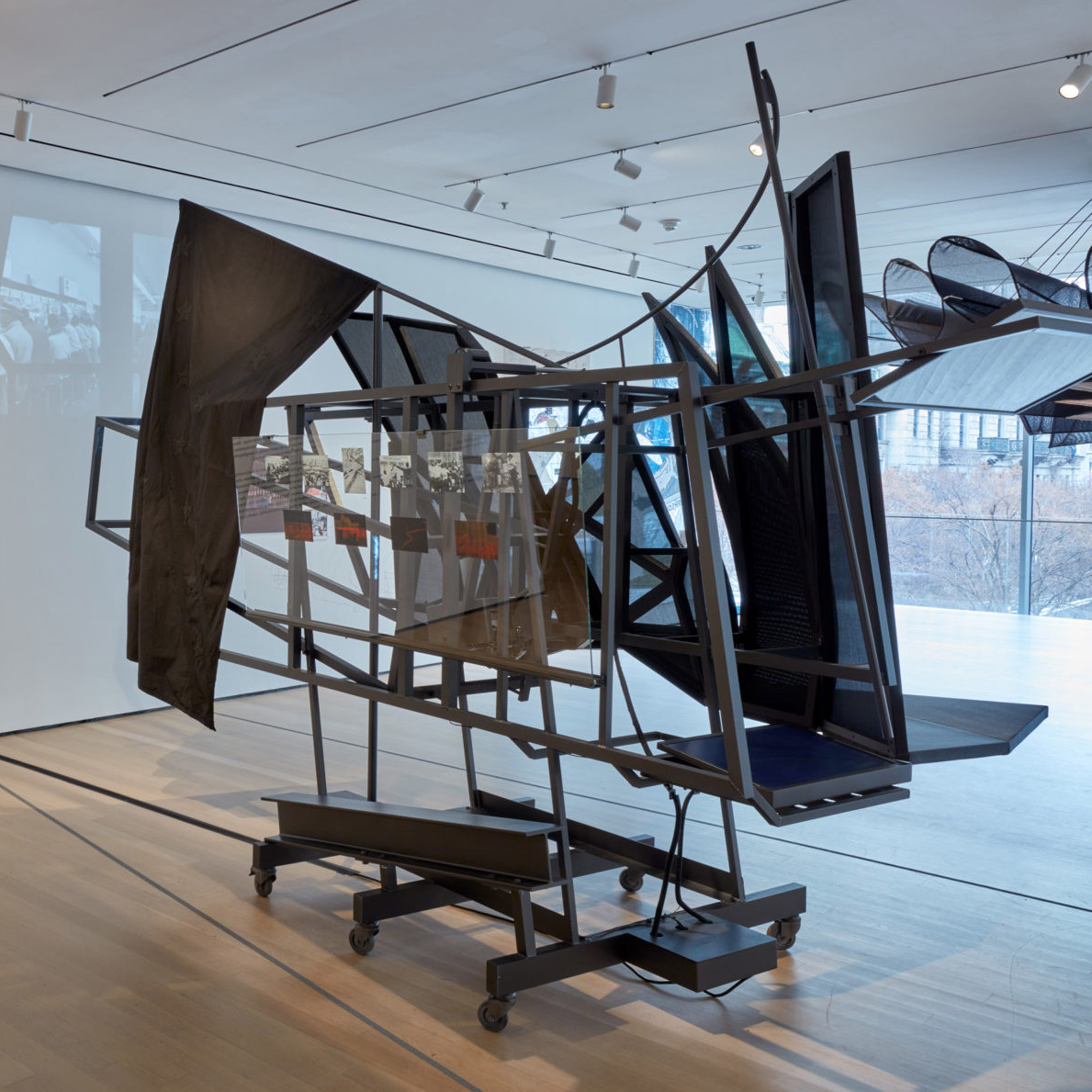 The Refusal of Space, Tennessee, by Mario Gooden, 2020

“The denial of access to mobility, at all scales, for Black communities throughout America has a long history that continues until today. To safely occupy public space is a right given to some while many continue to suffer violent forces that wish to prevent it.

“Every fifteen minutes, the machine’s panels fold and unfold, ‘breathing’ in the space of the gallery – a presence that re-centres the struggles of the Black body and community.” 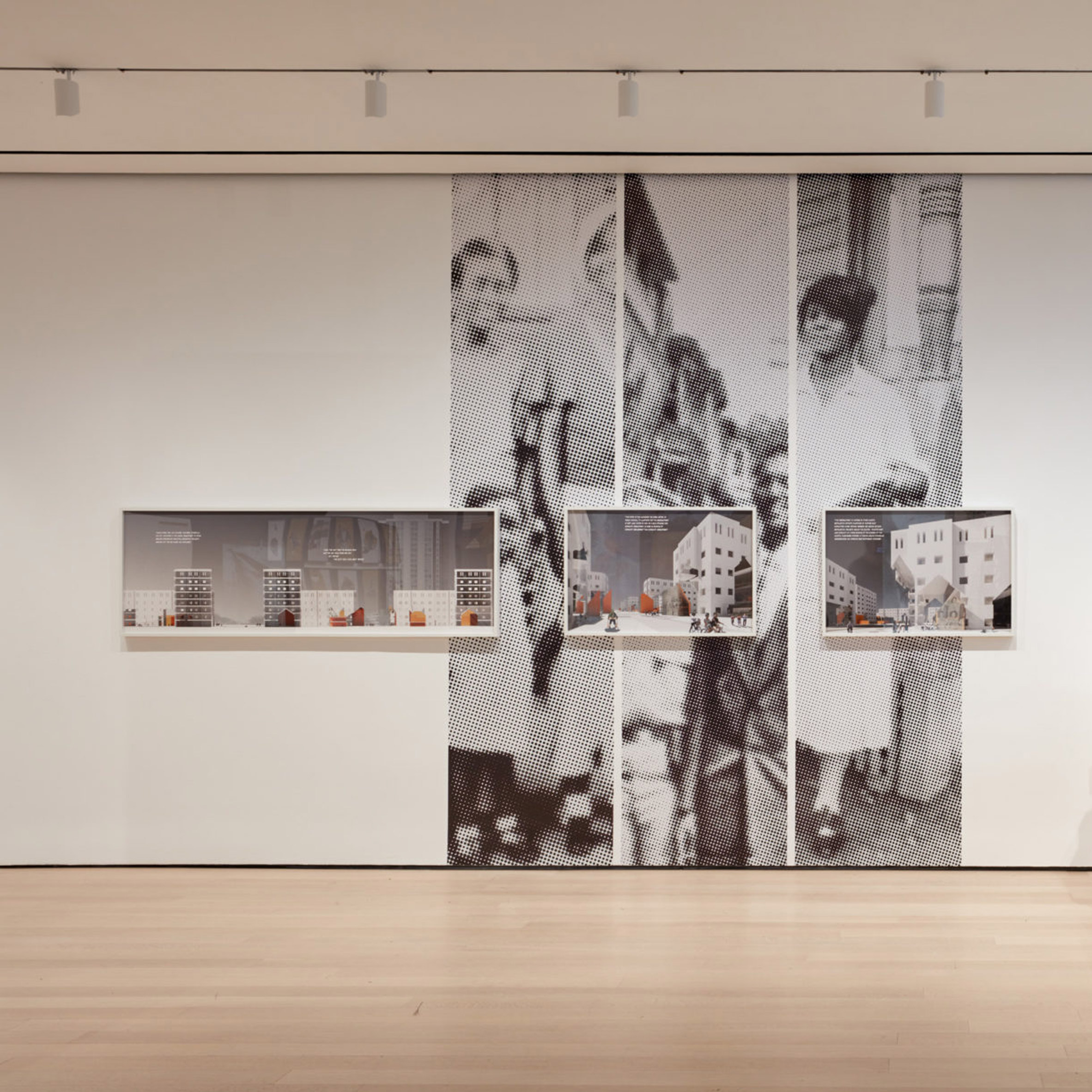 “Throughout the United States, the Interstate Highway System is a violent line that has long divided Black communities. Upon land that was secured through the simultaneous devaluation of and extraction through eminent domain, the construction of highways erased numerous Black and immigrant communities.

“In Syracuse, New York, this is most evident with the presence of I-81 at the site of Pioneer Homes, one of the oldest public housing complexes in the state, which was bisected by the highway.

“Cooke’s proposed interventions reinscribe the past in the present by occupying those in-between public spaces with catalytic images of the district’s former inhabitants – stark reminders of those who have come before, those who forged their own spaces in spite of it all.” 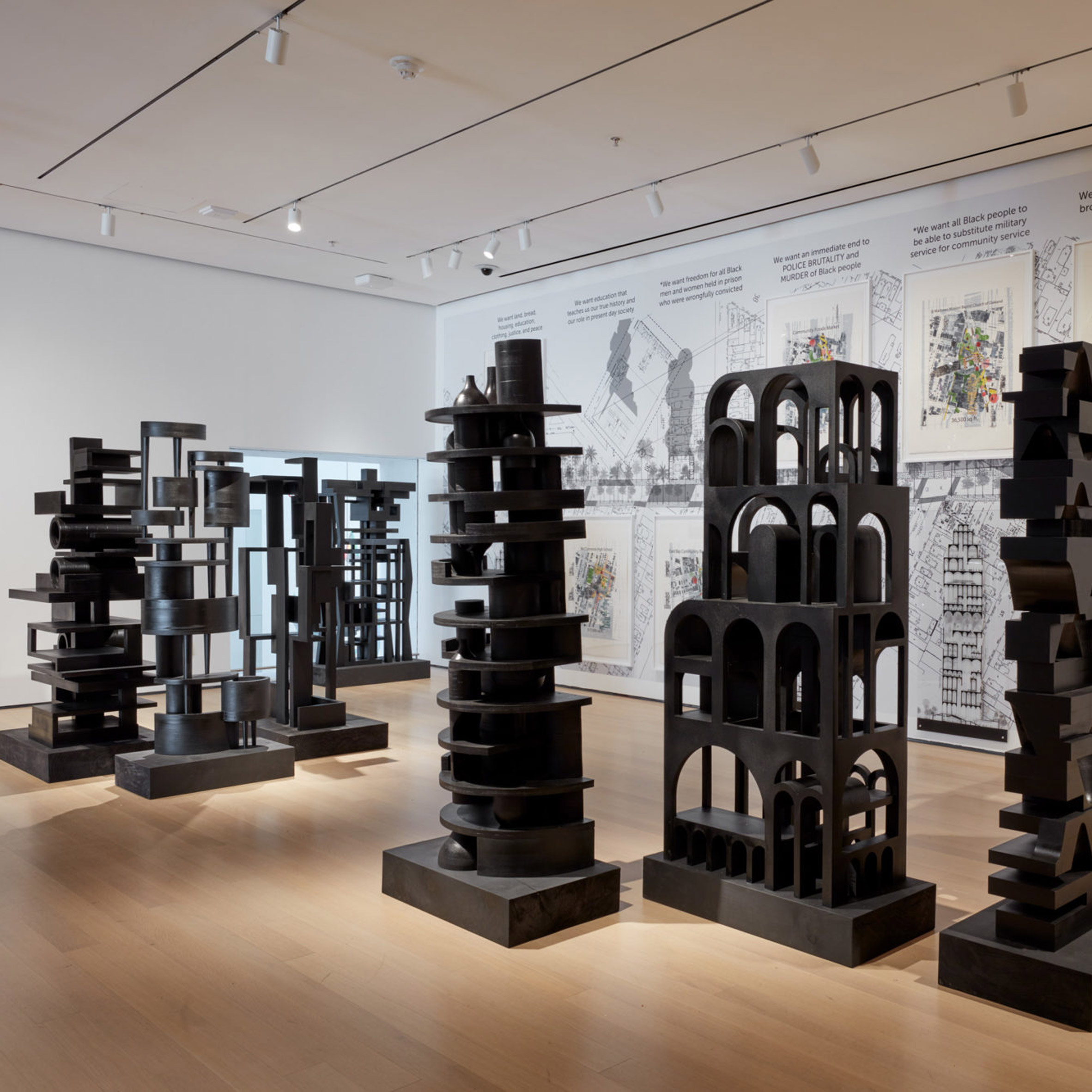 “Along a one mile stretch of San Pablo Avenue in Oakland, California is the highest concentration of community aid groups in the Bay Area. Hood inverts the conventional role of social capital to translate the ideas of early Black designers’ patents into 10 towers whose visibility and proposed spaces signify the agency of Black and brown communities and individuals.

“Seen together, the towers are like sentinels or totems whose shadows can be found among architectural drawings and multi-layered prints that illustrate new catalytic landscapes.

“Paired with statements that formed the Black Panthers 10 Point Program, the towers are gathered in the gallery evoking active bodies, gesturing, their connectivities revealed through enigmatic structures, fluid transparency and undeniable presence.” 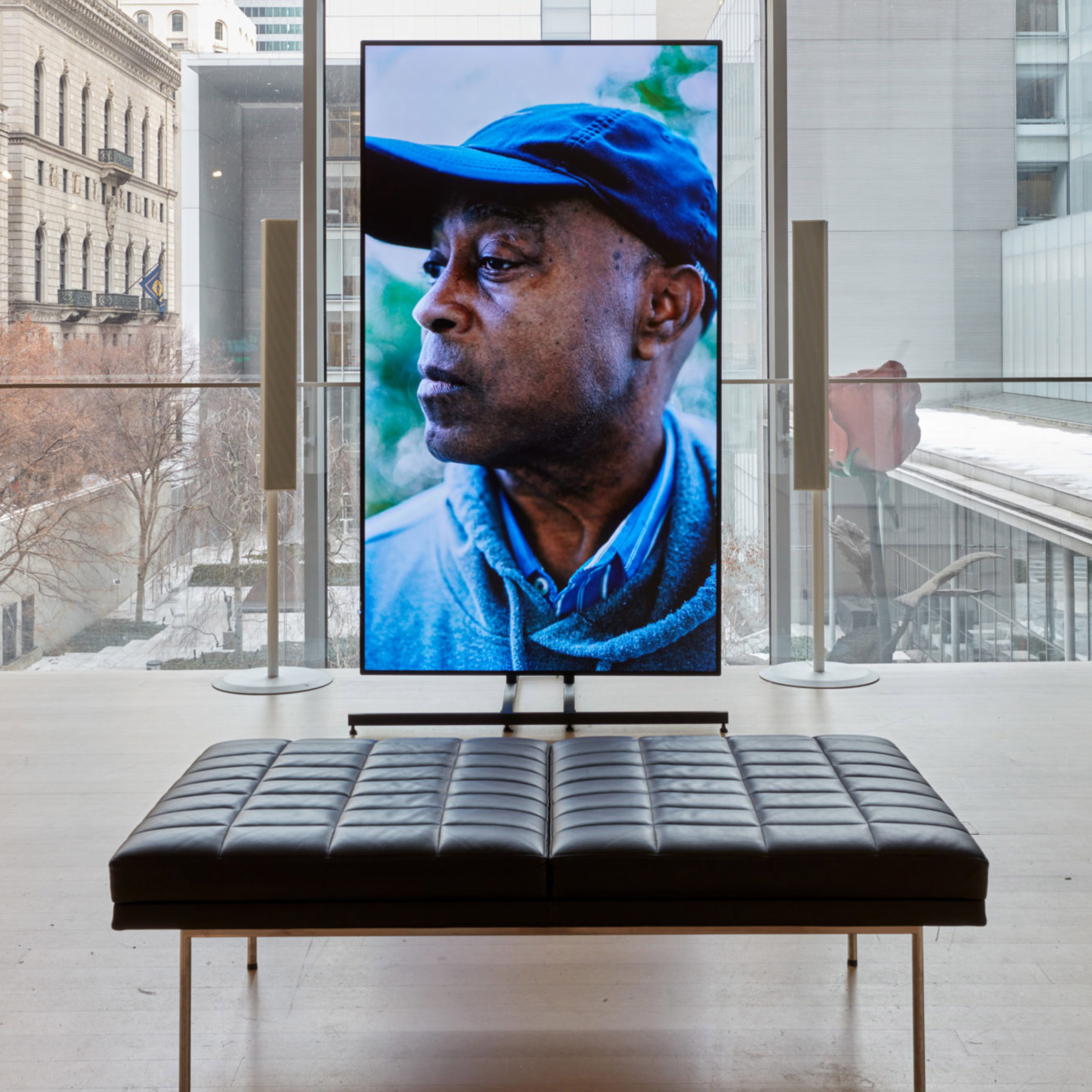 “Located at the expanse of windows facing Midtown Manhattan, Hartt’s filmic exploration of the Watts neighbourhood of Los Angeles is a journey of discrete moments and revealed spaces, whose mythological qualities are captured in transition but also framed and redrawn through digital photogrammetry.

“Hartt’s film is situated as another window through which the voice of Charles Burnett can be heard, a pioneering film director whose 1972 film Killer of Sheep sought to redefine the spaces of Watts.

“Paired with an elegant score, Burnett narrates a personal story of what it means to be present in and of these spaces in Watts, which, for both artists speak to an architecture of becoming.”

Photography is by Robert Gerhardt.

Reconstructions: Architecture and Blackness in America is on show at MoMA in New York until 31 May 2021. See Dezeen Events Guide for an up-to-date list of architecture and design events taking place around the world.