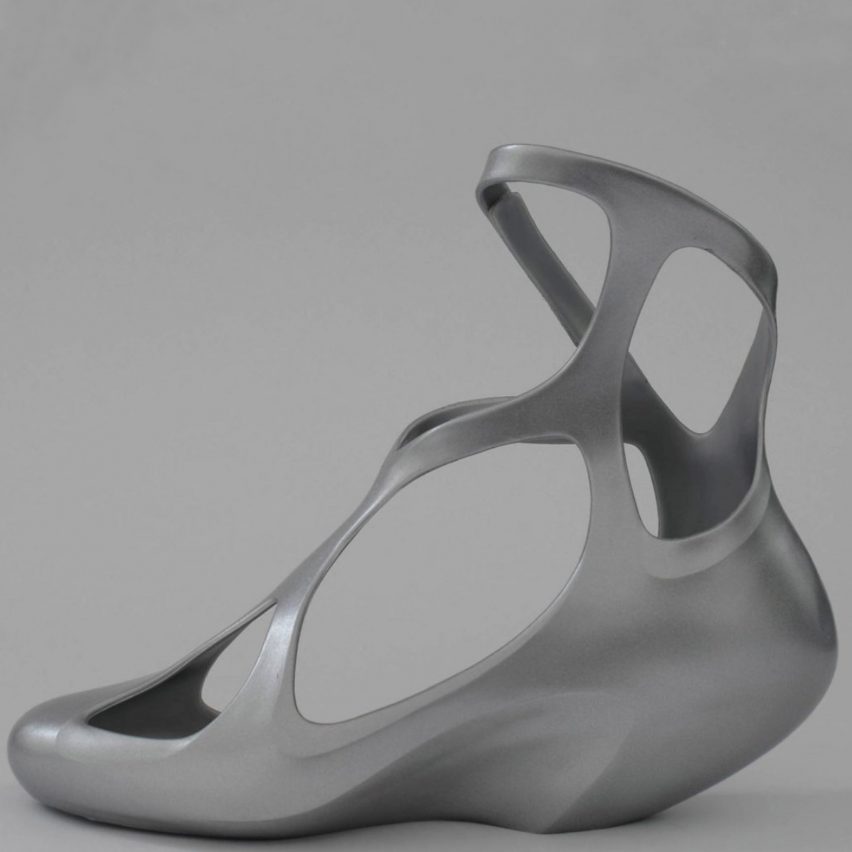 A retrospective of architect Zaha Hadid‘s work called ZHA Close Up – Work & Research is currently on display at MAM Shanghai. Its curator Shai Baitel picks 10 items from the exhibition that demonstrate the diversity of her work.

The exhibition at Shanghai’s Modern Art Museum is the first show dedicated to the work of Zaha Hadid Architects to take place in China.

Exhibition “inclusive of just about everything Zaha Hadid”

Containing more than 250 items, the exhibition showcases work created by the studio from the time it was founded by Hadid in 1979 up until her death in 2016 and beyond.

“The exhibition is multifaced and diverse, and inclusive of just about everything Zaha Hadid created throughout her career, with a particular focus on work in China,” explained Baitel.

“However, the exhibition represents not just architecture but also drawings, design and research that relates to her philosophy, art, use of technology and impact on society,” she continued.

“We amassed a collection of over 250 items that are eclectic in their breadth. Most objects in the exhibition were created during Hadid’s lifetime. But others were created after her passing and are firmly based in the DNA and aesthetics she defined during her illustrious career.”

“She gave the world of architecture a new language”

Baitel hopes that the exhibition will demonstrate Hadid’s unique design aesthetic and the role she played in shaping architecture and cities over the past four decades.

“She did the impossible as a female architect and designer navigating a predominantly white male world,” said Baitel. “And while doing so, she stayed true to her authentic voice.”

“She was a radical innovator of an entirely new line of thinking and approach towards design and architecture that emphasized the apparent movement of inanimate structures and objects,” the curator continued.

“She gave the world of architecture and design a new language and changed the field forever. City skylines all over the world have changed because of the singular impact of Zaha Hadid.”

Read on for Baitel’s 10 highlights from ZHA Close Up – Work & Research: 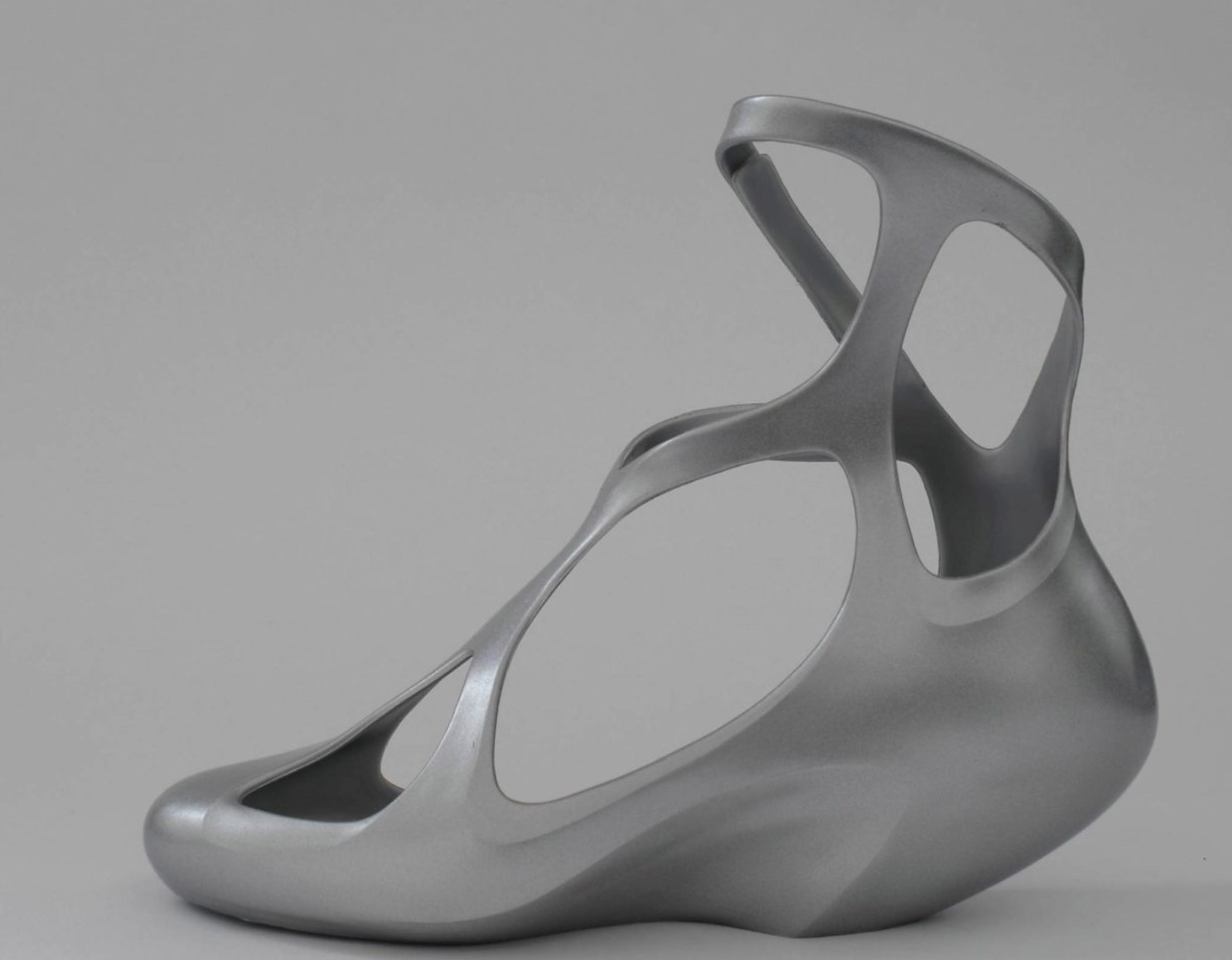 “Shoes define your personality. This pair certainly defines Zaha’s approach to life and design. At a glance, the pair comes across as a sea creature, perhaps an octopus, wrapping its prey in an enveloping manner.

“Yet at the same time, the soft silicone material gives it a warm quality and is visually reminiscent of a repetitive element of design, such as the one included in the monumental One Thousand Museum building in downtown Miami.” 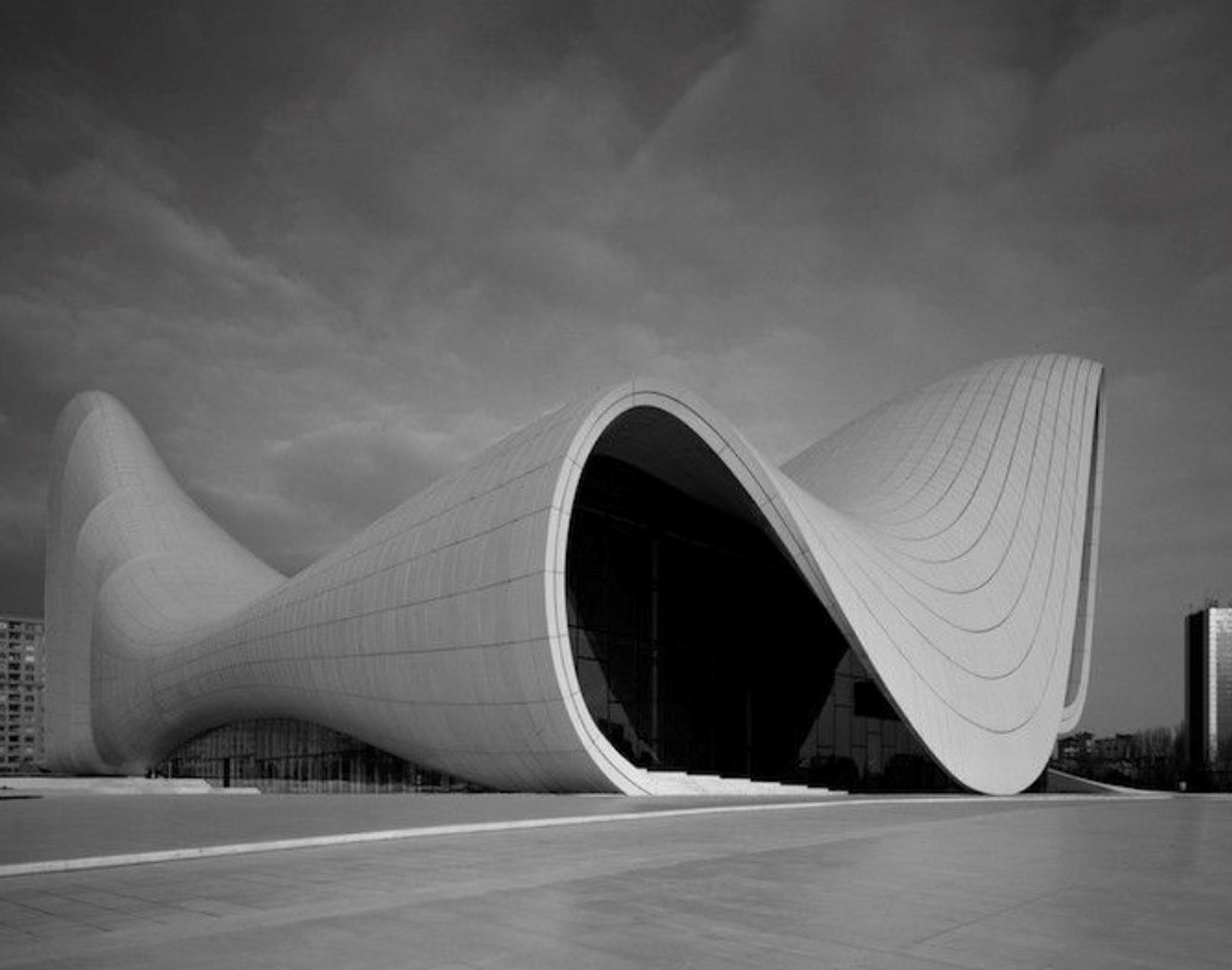 “Hélène Binet’s striking photography is an uncommon way of communicating, in closely cropped, focused shots, the play of light and shadow created by Hadid’s structures. Binet succeeded in decrypting the challenging nature of Hadid’s work and translating the embedded message and hidden poetry of the centre.

“The result creates for viewers a spaceless, dimensionless image. The scale of the building is in the eye of the beholder. As art and design are the communication of ideas, Binet’s photography enables viewers to focus on these and to listen to the story Zaha had to tell.” 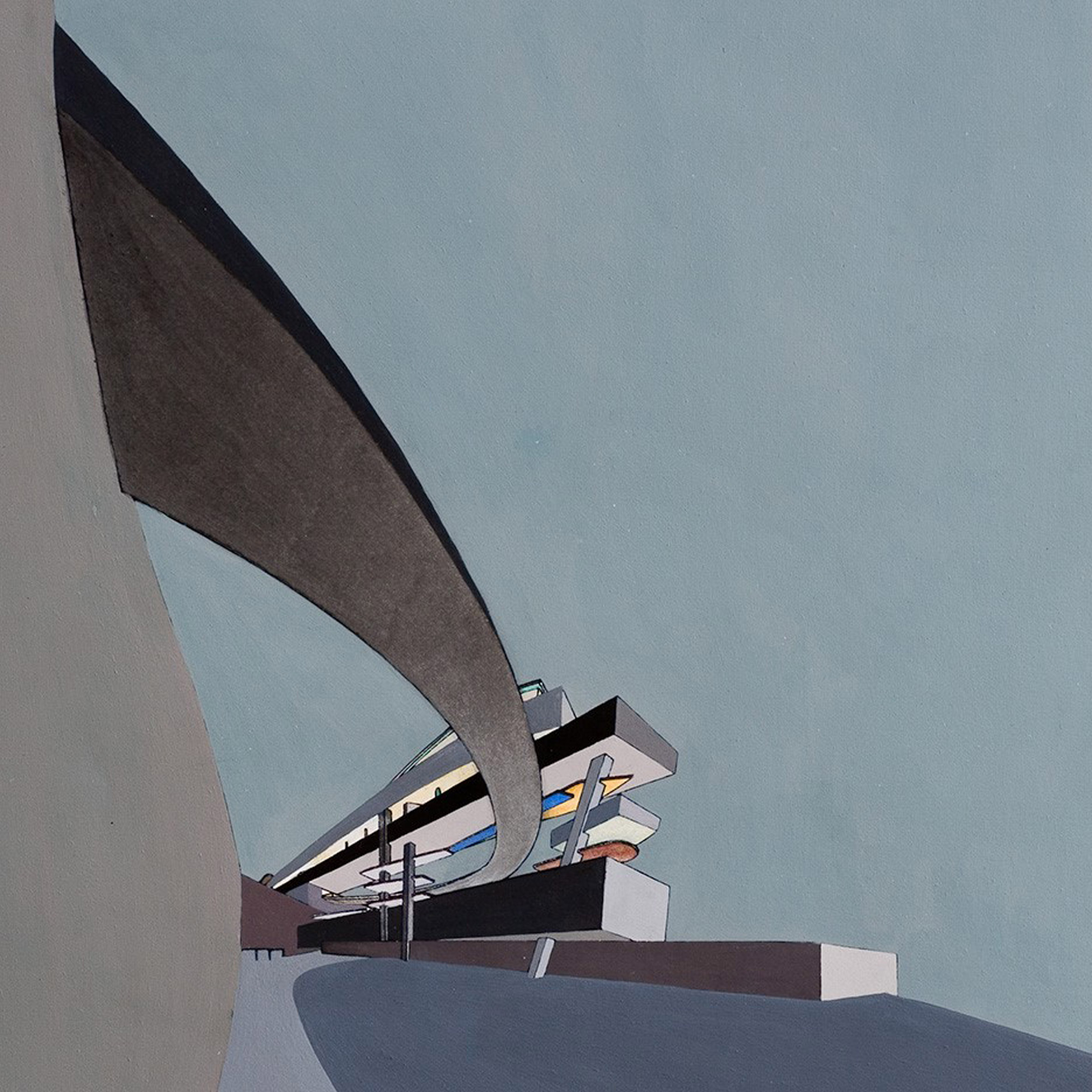 “This piece is a clear example of the boldness and bravery in Zaha’s life and work. The Peak Leisure Club proposal is widely known as her breakthrough project, propelling her into international recognition.

“This is a reminder to all architects that sometimes the landscape must be reshaped in a man-made geological intervention. A ‘shelf’ stands out of the edge of the cliff to accommodate the proposed structure, which is set against a sharp inclination combined with shapes and spikes.

“There is no doubt Zaha expressed, in her own way, an avant-garde approach to Hong Kong’s intensity and density with this project.” 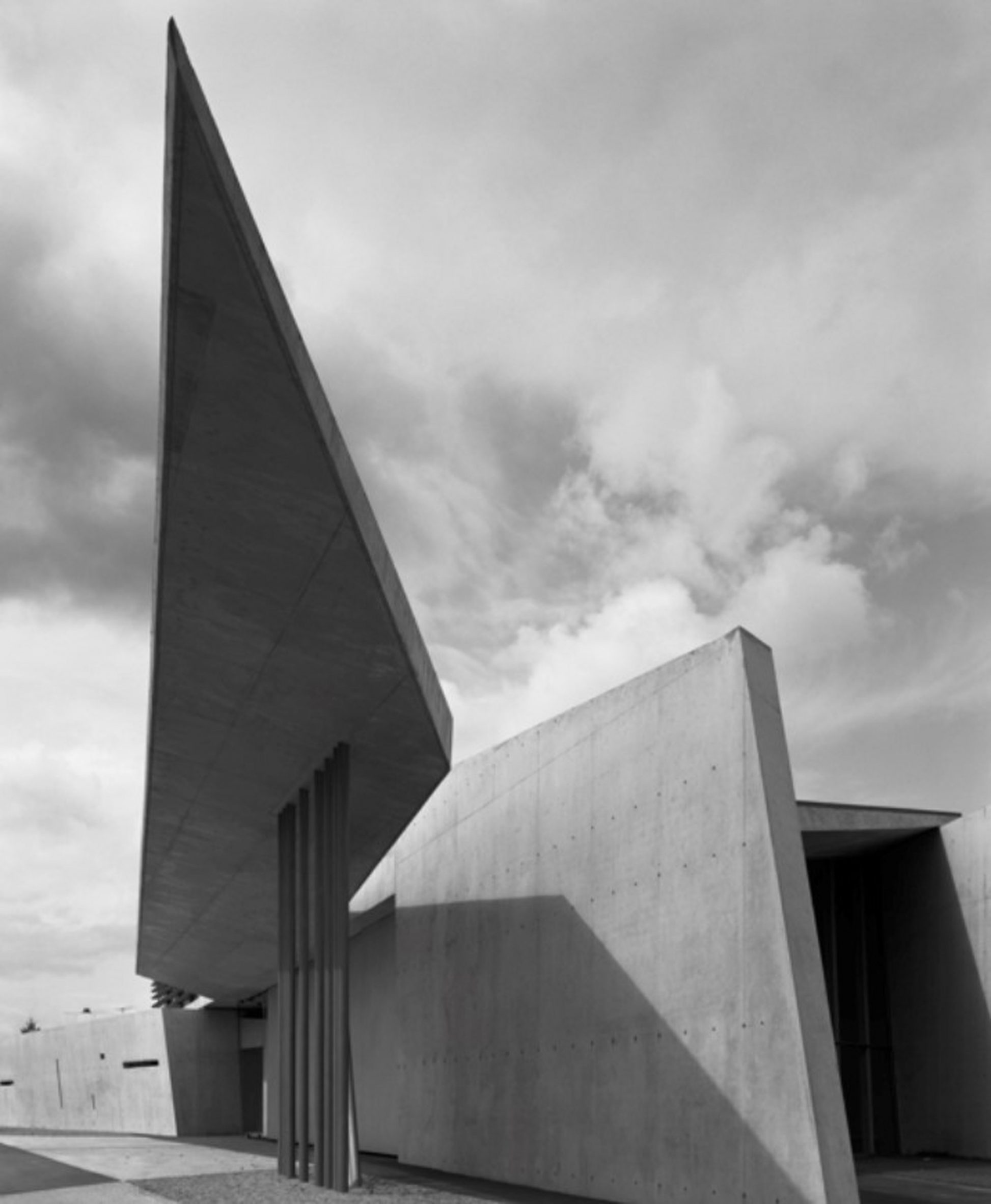 “Light and shadow are sensitive and unstable components of this photograph. They not only present the structure with a majestic aura but also contextualise and ground the building on a single plane. The dramatic peculiarity of the shape is a reminder that architecture is about field and void, object and absence.

“Light – and thus shadow – is the work’s voice, communicating the message of the structure. And even more so in this photograph.”

“Zaha never thought of comfort as a priority. And while appreciating the standard approach – straight – she clearly knew her inclination was toward the ultimate curve.

“This development of her own self, uncompromising and avant-garde, is best exemplified in this model. The material has its own flexibility and elasticity but there are limits to its resistance. However, this notion must be revisited in the case of Zaha.

“She gave freedom to forms and shapes while meticulously continuing to control the direction and extension of each twist and bend.” 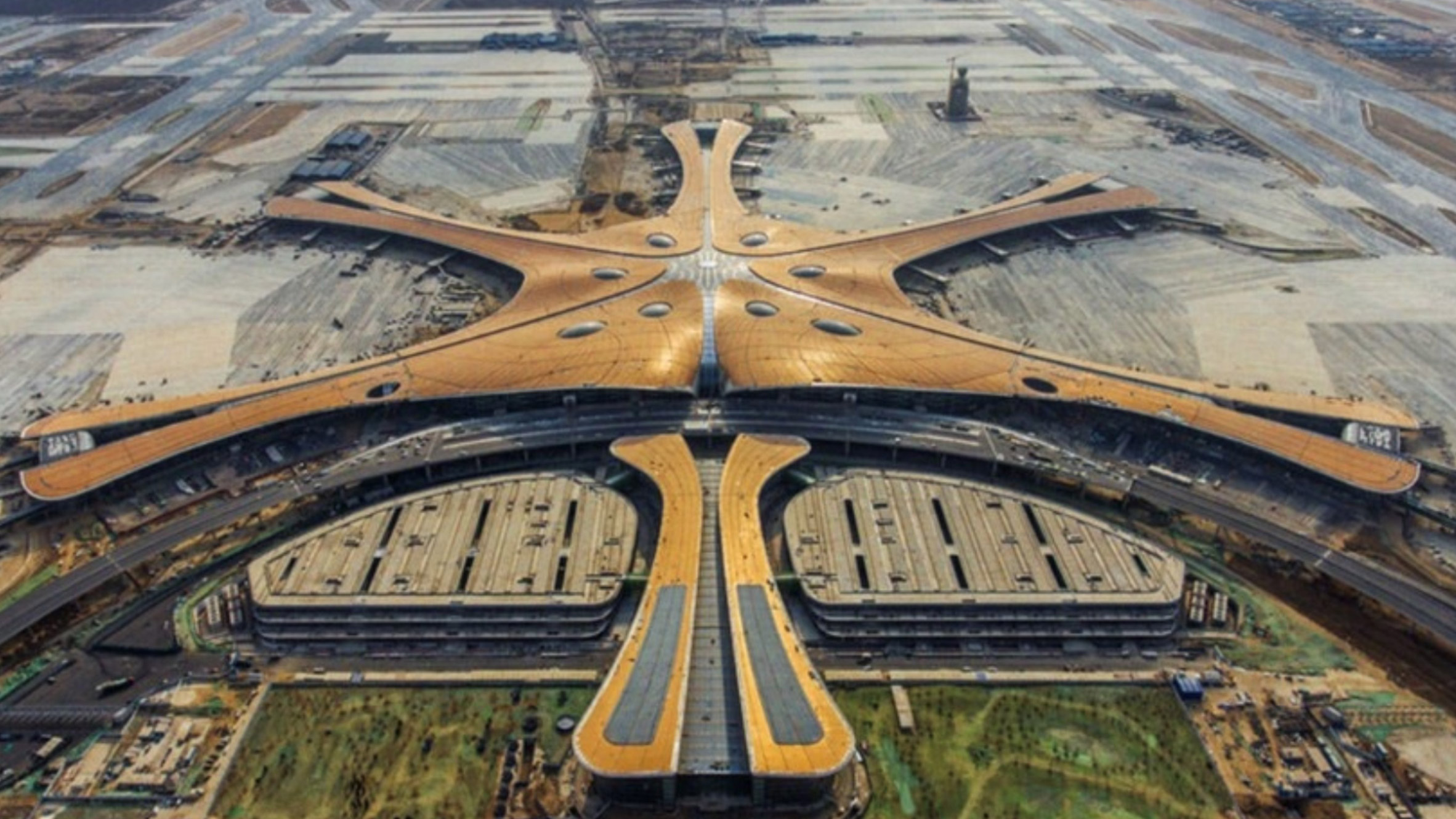 “In many ways, this structure represents the quintessential Zaha structural symbiosis between engineering and architecture, between art and design. It is symmetrical in one part but asymmetrical in another.

“The structure captures one’s attention with the central strong, vibrant yellow shades and then draws the eye towards the perimeter. The shape of the structure is similar to an octopus wrapping its prey, stretching its long extensions in a dramatic gesture but allowing for symmetric shape only in one axis – perfecting imperfection, embracing ambiguity.”

“This piece is personal to me, as Zaha gifted it to me when we first met at her gallery space in London. In a way, it is a summary of Zaha’s life and work. It looks and feels like something that transcends definition yet it embodies an entire world. It has movement and grace, mystery and nobility.

“The object has a certain rise and fall with its many curves and spikes. It is daring yet shy, brave but reserved. Even the use of melamine as the material is sophisticated. Despite its uninviting look, it has a silky-smooth feel.” 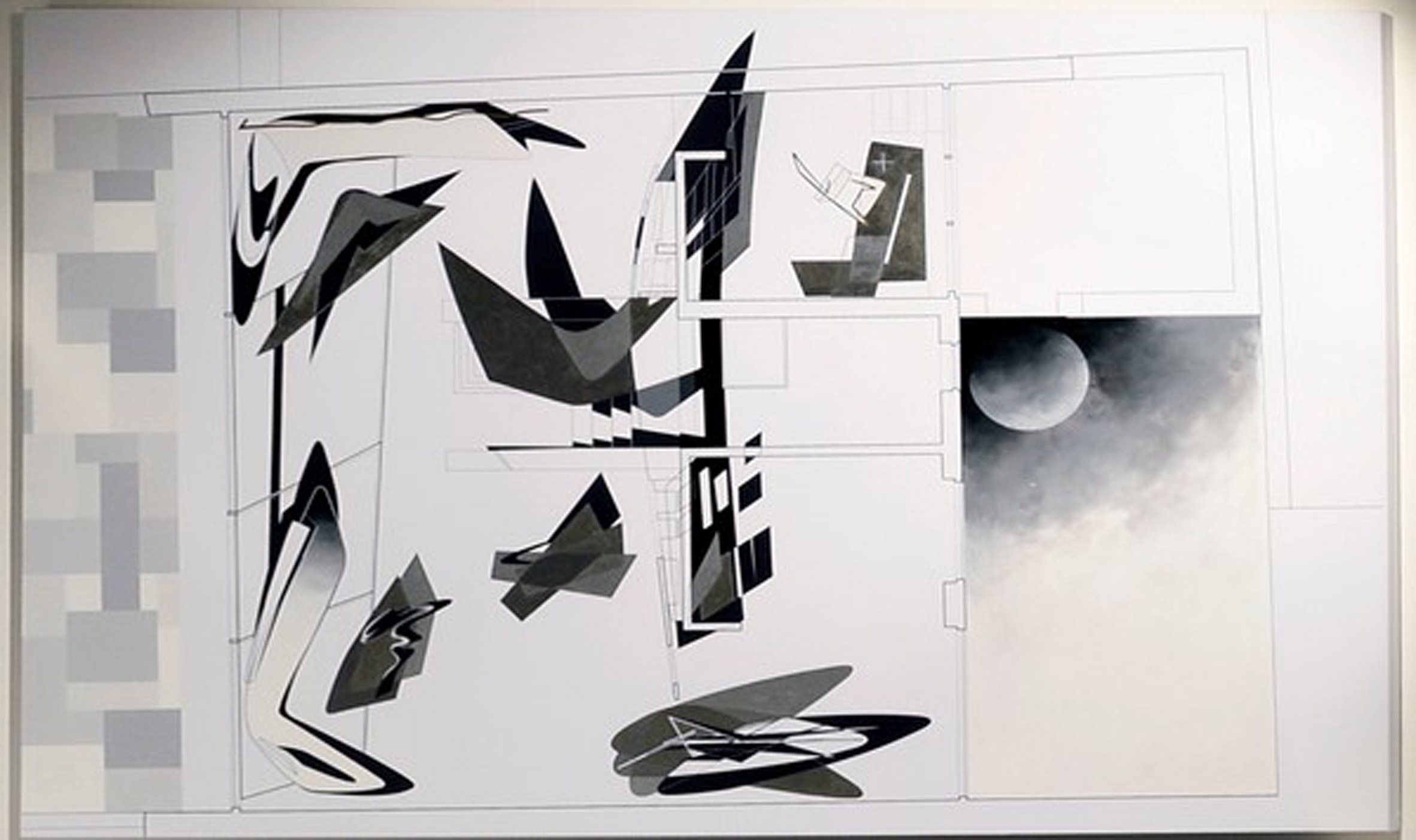 “This painting includes many images reminiscent of Miró, Calder and Malevic – the latter serving as an inspiration for Zaha to use colour as a tool for her architecture studies. From a bird’s eye view, an aerial observation will reveal that Zaha did not really care about the use of space. Also, and most centrally, she focused on the importance of art and design in our lives.

“Here, she keeps in perspective two sometimes contradicting but in her view complementary elements: nature, including the moon and the outside, and the man-made on the interior.”

Study model for a metro station

“The design is sleek, curvy and seductive. There is a certain warmth to it and an obvious inviting nature. This model, shaped like a clam trio, is an excellent example of Zaha’s perfect asymmetrical approach to design.

“As a woman moving through the male-dominated world of architecture, she was and was required to be uncompromising in expressing her inner voice and vision. And this strong instinct and perseverance allowed for the creation of her innovative architectural use of curves and structural sensuality.” 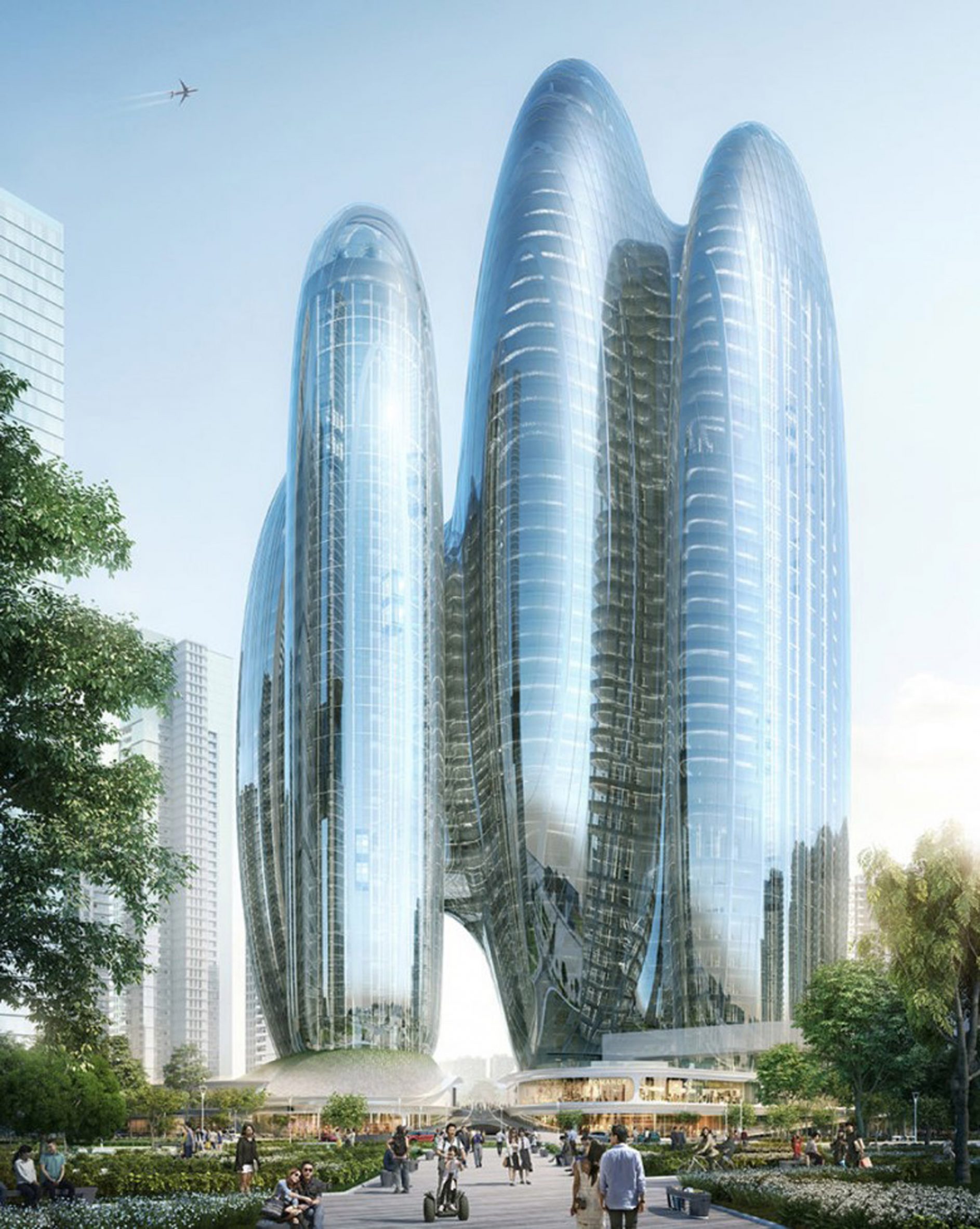 “A design for a telecommunication business, this building is all about communication. Four interconnected towers become a singular seamless one, with a transparent shell allowing observers to see what’s inside.

“Every floor is an open space, permitting all professionals to work and interact limitlessly and without formalities. There is almost a voyeuristic quality to this piece.

“The building design is in line with a growing approach for community-driven collaboration and openness in workspaces.”

ZHA Close Up – Work & Research takes place until 15 September 2021 at The Museum of Contemporary Art Shanghai. See Dezeen Events Guide for an up-to-date list of architecture and design events taking place around the world.

The post Ten pieces that showcase the "authentic voice" of Zaha Hadid appeared first on Dezeen.